I love Metal Gear Solid 3: Snake Eater. I love playing the game, hanging out with other people while they’re playing the game, reading about the game, and watching videos of the game; you name it, I love it. It would have been really hard for Konami to make it so I don’t enjoy playing one of my favorite games ever on my current favorite videogame console (the 3DS), but heavens to Murgatroyd, they came pretty close.

Metal Gear Solid: Snake Eater 3D does not come off like the paragon of technical excellence that the original title did when it was first released on the PS2 in 2004. Part of that is because the 3DS is not a PS2. Nintendo’s latest portable is capable of much more than that now-“retro” home console, as proven by titles like Resident Evil: Revelations. The other part is that Snake Eater 3D feels unfinished. There are a few cool new features here, but Snake Eater 3D is also a downgrade from the original in a lot of ways — not something you’d expect on newer hardware.

It’ll be up to the individual consumer to determine if Metal Gear Solid 3D: Snake Eater‘s technical failings are damaging enough to cancel out the worth of the port’s newly implemented features, and the original title’s impeccable writing, scenario design, and gameplay design. Maybe you’ll have a better time of reasoning that out for yourself after I break down some details for you. 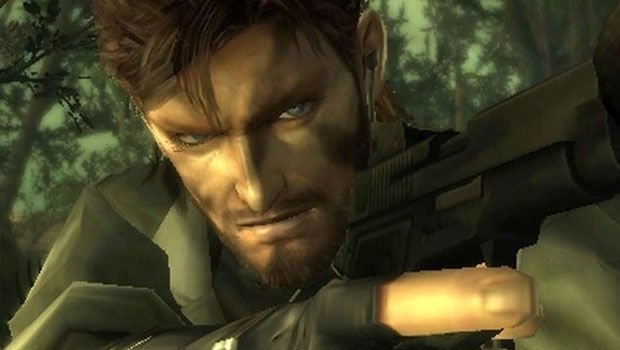 Snake Eater is Kojima’s best work, combining Hollywood action-movie tropes, pure videogame logic, densely packed Japanese pseudo-science fantasy, a period-piece war story, absurdist comedy, and heart-wrenching drama into a seamless whole. As far as Metal Gear games go, this one bursts with the most personality and creativity. That goes for both the game’s scripted events and its allowance for the player to guide the story in a direction that reflects who they are.

On the surface, Snake Eater‘s central theme is survival. That’s a pretty common theme in games today, whether it’s Call of Duty or Resident Evil. Part of what makes Snake Eater special is the lengths to which it goes to first limit the player in their capacity to survive, then allow them to overcome those limits in the most incredible, imaginative methods possible. There are so many ways to deal with the problems presented to you in Snake Eater, with so many bonuses, Easter eggs, diversions, and surprises to be found by those who are creative and lucky enough to discover them. 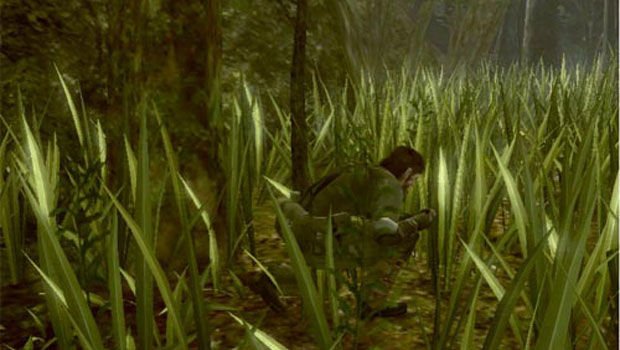 The result of this dedication to variables is a game that truly makes you feel like a co-developer. The player is just as responsible for generating the particulars of their Snake Eater experience as Kojima and company. It’s up to you to decide if you want to kill a guard, choke him out, sneak past him, or throw a snake to at him to scare him off. That’s just entry-level stuff. The amount of choices the game gives you from there, and the truly bizarre events that you can bring about, is nothing short of astounding.

Also worth noting is how much the game focuses on minutiae. More so than any other Metal Gear title, Snake Eater is about juxtaposing quiet moments with load, boisterous action scenes. How much action you play, versus how much time you spend in nature, is largely up to you. Personally, I love the hunting and gathering aspects of the title, so I tend to approach Snake Eater as an opportunity to commune with an artificial environment in as thorough (and hopefully conflict-free) a way as possible. I can spend inordinate amounts of time just in hunting different kinds of animals, sneaking around and listening to the sounds of the jungle, and goofing off, without getting bored. 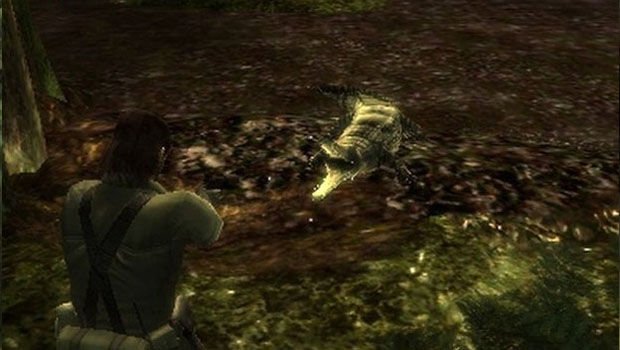 Others will focus on speed and lethality, working to move forward and take out enemies as efficiently as possible. Still others will focus on exploration and completionism, working to see every event, listen to every line of dialog, finish every task, and so on. Snake Eater is a true sandbox game. It may have a linear story, but there are many, many deviations you can take from that path to make the story your own.

I could go on and on about all the things that make Snake Eater an amazing game. Let’s get on to the specifics regarding this particular version. I’ve never liked the way Metal Gear Solid 3 controls, or the way most Metal Gear Solid games control. It’s not that they’re too limiting; it’s that they’re overly complicated and cluttered. 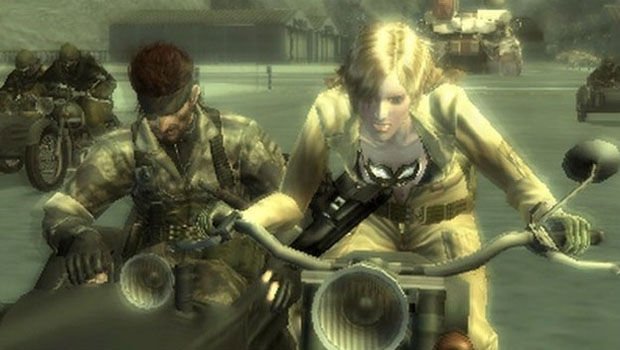 Snake Eater 3D fixes a few of those issues, but creates new problems. The controls are definitely less cluttered, and the touchscreen menu makes operating your sub-screen a breeze. That said, the new controls will definitely throw off veterans who like the way Metal Gear Solid games traditionally play. The use of the face buttons to aim will be especially off-putting to longtime fans. It may not bother those who are new to the series, as the controls are serviceable. That’s one of the many reasons why this port is best suited to those who’ve never played Metal Gear Solid before.

The camera, however, is sure to annoy everyone. The depth of field is very hard to get just right, which is crucial in a game that’s all about being aware of everything around you. There is also no simple way to quickly reset the camera back into position behind the player. The best way to do that is to quickly hit the “aim” button, which is pretty disorienting (especially if you prefer first-person aiming). The Circle Pad Pro definitely helps in making the camera, and all of the game’s controls, easier to manage, but it shouldn’t have been necessary. Konami could have enabled touchscreen aiming, or at the very least allowed us to customize the controls. 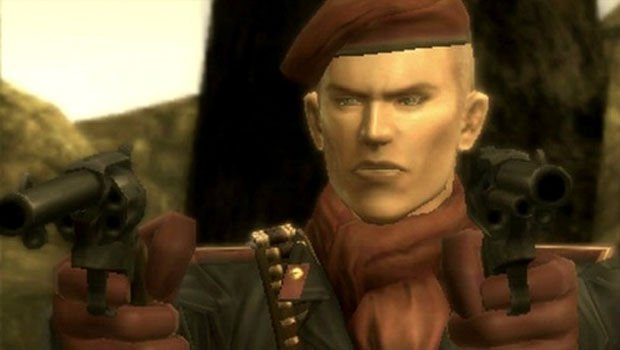 With or without the Circle Pad Pro, there is never a way to auto-reset the camera. What’s really weird is that with the Circle Pad Pro, there is a button for auto-resetting the character — it makes Snake automatically face north. So Konami knew that we’d want to auto-reset something. They just didn’t realize that it’s the camera, not the character, that we need more control over. It may sound like a small gripe, but it’s a huge oversight that makes playing through Snake Eater 3D a lot more confusing and convoluted than it needs to be.

Speaking of playing through the game, I may be doing it wrong, but there seems to be a lot of stuff missing from this version. The secret dream sequence mini-game is missing, as is the monkey-catching mini-game, along with a few other little touches. If anything, Konami should have been adding content to a game that most interested parties likely already own.

Snake Eater 3D is also lacking technical polish. The frame rate is low throughout, and some cut-scenes are even more choppy. This didn’t bother me too much, but if you feel uneasy spending time with videogames that struggle to stay smooth, prepare to feel awkward. 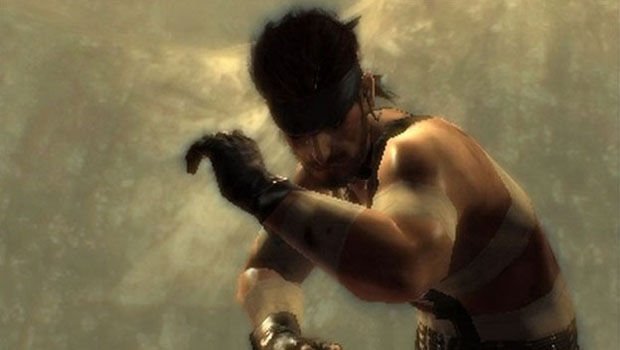 Instead of a smooth frame rate, 3DS players are presented with (what else) stereoscopic 3D effects, which look pretty nice, particularly in first-person mode. It’s never quite as enveloping as the 3D in Ocarina of Time or RE: Revelations, but it still does a good job of making an unnatural polygon-based world feel more real. The game also appears to have slightly improved character models and animations. Snake’s smirking and scowling seems just a touch more expressive, and the many colors of the jungle seem slightly more vibrant. It’s strange that Konami went the extra mile with these visual flourishes, while permitting the frame rate to suffer so badly. It really does feel like there was a time that Snake Eater 3D was intended to be a visual powerhouse, but was instead rushed out before it could be fully optimized.

Other 3DS-specific features include some occasional gyroscope controls that are difficult to acclimate to, and the ability to make your own camouflage by taking photographs of real objects with the 3DS camera. Neither feature stuck out as worthwhile to me, especially the camouflage thing, which, if abused, could completely void the value of collecting in-game camo. Probably the least flashy but most worthwhile addition to the game is the crouch walk from Metal Gear Solid 4. It really helps to keep the game flowing toward the player at a brisk pace. CQC has also been streamlined, making hand-to-hand combat much more breezy. That’s what people like about stabbing guys in the neck, right? The “breezy factor”? 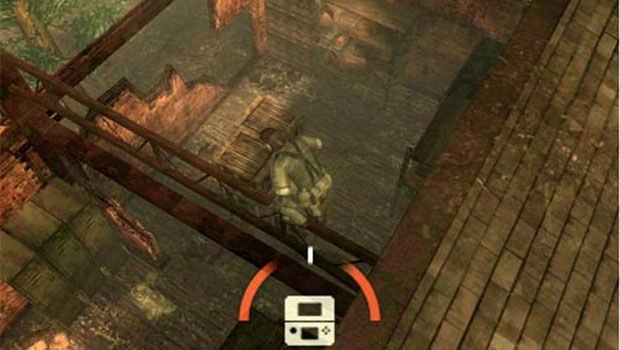 There are a few other little nods to Nintendo in the game, like Yoshi dolls that are hidden in nearly every stage, and the occasional issue of Nintendo Power lying around in Snake Eater 3D‘s more upscale locations. These touches are cute, but they don’t quite offset the amount of content that didn’t make the jump from the PS2 original to this handheld port.

It all results in a game with 9.5/10 ideas delivered in a 6/10 package. If you already own the original, or if you aren’t keen on playing Snake Eater on a portable, then there is no reason to pick it up again. If you do want the game on the go, you may be better off waiting for the Metal Gear Solid HD Collection on the PS Vita. If you’re never going to buy a Vita and you have no other way to get your hands on Metal Gear Solid 3, you should definitely grab Snake Eater 3D. Those who were hoping for a new or improved version of the game will be disappointed.

Snake Eater 3D‘s sometimes-slapdash presentation weighs the title down. It’s a far cry from the majesty we saw from Metal Gear Solid: The Naked Sample back at E3 2010. Still, some camera failings and an unreliable frame rate are not enough to completely crush one of the finest games ever made.