Farming out the development of a respected IP can work wonderfully. Just take a look at Dead Rising 2, a solid attempt to follow-up an insanely popular zombie-fest with mostly positive results. Blue Castle Games did such a good job that it was actually acquired by their employer as Capcom Vancouver.

On the flipside, Lost Planet 3 is a perfect example of how farming out existing IPs to western developers can go terribly wrong. 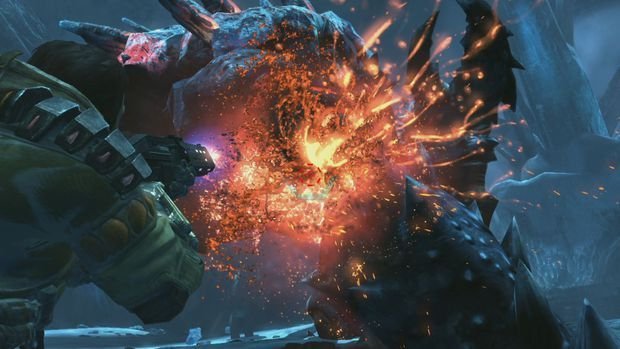 Lost Planet 3 starts on an almost immediate high note, and kind of just tumbles from there. Jim Peyton, the humble engineer and family man is the star of the show, telling the game’s story while trapped under some rubble. But while the intro attempts to tell this grand tale of intrigue on the deathbed of a sympathetic old man, the story distills down to shooting some bugs, and then shooting some giant enemy crabs for massive damage. Oh, and it’s a prequel to the first few games — but you wouldn’t really notice that (or care) for the vast majority of the campaign.

Once again, those neon insect Akrids still won’t quit, and this time, they’ll be crawling around in a pseudo open world environment. But despite the attempt at creating a true survival horror sandbox, a lot of heart is sacrificed in the process. For starters, Lost Planet 3 operates more like a cheap Dead Space game than an actual Lost Planet entry. I get the vibe Spark Unlimited was going for, but really, the botched horror reveals and general cheap feel of the game ruins any attempt at a memorable atmosphere.

“Cheap” is probably the perfect word actually, as a litany of issues contribute to an overall shoddy sense of atmosphere. One of the biggest offenders is the fact that many background elements such as enemies are pre-rendered, and can’t actually be shot or interacted with. You know how in a survival horror game when a creature shows up and the game limits your ability to shoot it so it can set up a scene? Lost Planet 3 kind of just lets things run free for the heck of it, leading you to think you can fight certain enemies when you can’t. All of the game’s characters also feel dull, and as forgettable as its environments.

But the presentation isn’t the only under-developed facet of Lost Planet 3, as it has a ton of mechanical issues as well — most notably, the criminally unfun sandbox element. There’s a bread crumb-esque trail that leads to every single mission, but in addition to it killing any real need to explore, it’s also problematic. The visual objective marker is straight-up broken half the time, leading you back to areas you’ve already been, into a corner, or in a completely wrong part of the map.

The open world doesn’t really feel “open” at all — more like a series of desolate samey tundras and Final Fantasy XIII-esque tunnels. After about four hours of backtracking into an area that felt the exact same as an area I had just been to, with the objective marker wildly sending me into an empty corner, I had felt the sting of Lost Planet 3 in full force.

Combat is also incredibly simple and will hardly test even the most novice of action fans. The principle reason for this is the broken dodge button, which allows you a giant window of opportunity to enact a special dodge animation for most enemies, leaving their giant pulsing orange weak spots vulnerable. For a few mini-boss encounters, this is fine, but when every enemy in the game can be bested by super-dodging and smashing orange goo, it gets old quick. 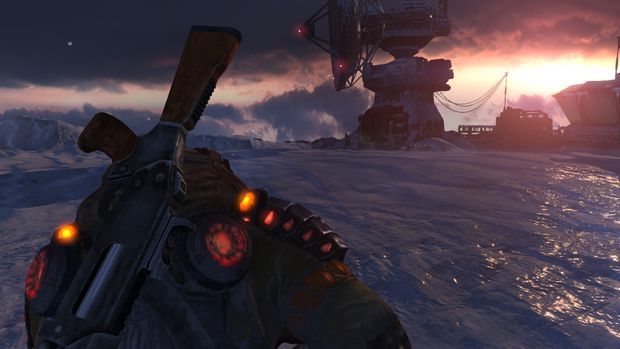 As if you couldn’t get enough QTEs, Lost Planet 3 hammers them into your brain because, well, reasons I guess. There aren’t a whole lot of them, but the ones that do show up feel pointless and thrown in for the sake of it. The “Rigs,” (the game’s mechs) are the main problem in the campaign, as they feel like one giant QTE.

A few Rig “highlights” are literally fighting giant enemy crabs, and slowly walking around the map at a snail’s pace. With your mech, all you can really do is block at the right time to counter a blow, grab an appendage with your claw hand, and then drill it for massive damage. Lather, rinse, and repeat, sometimes for five minutes and you have yourself a boss fight. Whether you’re using the Rig or on foot, boss fights are distilled down to nothing more than “shoot at the orange weak point for massive damage.”

Multiplayer is the saving grace of Lost Planet 3, but it doesn’t really offer up anything you haven’t seen before. Amidst a sea of typical 5v5 multiplayer gametypes across six maps, there’s also a horde-like mode that’s mildly amusing called Akrid Survival. In a nutshell, it plays like your typical horde mode at first with two teams competing with one another, but then the map opens up and allows both teams to fight amongst themselves with the Akrid in the middle. 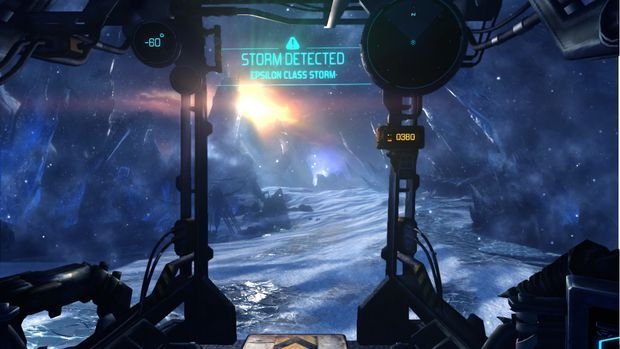 All of your earnings can be used to power up the “Progression Sphere,” which is basically Spark Unlimited’s take on Final Fantasy X‘s Sphere Grid, allowing you to take your character into multiple directions of your choosing. But while it is a neat mechanic, you most likely won’t be compelled to keep playing to actually earn them, and considering the PC version uses GameSpy support, you may not even find any games in the near future.

Just as how The Bureau: XCOM Declassified was a watered down focused tested version of Mass Effect, Lost Planet 3 feels like a watered down Dead Space. Any redeeming qualities of the Lost Planet franchise are dead and gone, leaving a husk of its former self. Capcom has recently stated that they’re moving back into more internal development, and for their sake, I sincerely hope they keep a better eye on their IPs in the future.