Don’t let the name fool you — this is by no means a Batman game. The Dark Knight may grace the box, but underneath its bat-enameled shell lies a Justice League game at heart. A menagerie of DC heroes and villains combined steal the show in this installment and take us far away from the streets of Gotham.

Despite this identity shift, the game still manages to provide a decent amount of content, features, and unlockables — perhaps at the expense of more crucial mechanics. 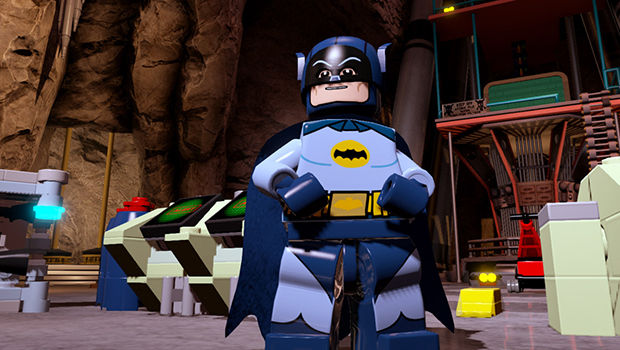 Lego Batman 3 opens to a familiar plot line: Lex Luthor has his heart set on becoming President of the World, dragging other villains along with him in his quest. The Justice League scrambles to meet them head-to-head, but not before Brainiac steps in to shrink Earth for his marble collection. The game’s cast of heroes and villains reluctantly join forces to defeat him in a variety of settings, including shrunken versions of the Earth’s most famous cities and the Lantern worlds.

The traditional Lego game formula is present as usual in this edition. Players waltz through a fairly linear level and solve puzzles to move forward while searching for studs and minikits to unlock content. Characters also rotate in and out of levels, ensuring that players don’t get caught in a routine. This mixes things up a bit and keeps the gameplay engaging, especially since most of the main characters have different abilities to explore (ie, Wonder Woman using her bands to deflect lasers or Martian Manhunter shapeshifting).

A few main characters can change into various suits on a whim, presenting new gameplay options. Batman can change into his Space Suit to jetpack around and shoot laser beams, or he can squeeze into a Sonar Suit to become invisible. The suits bring a unique and enjoyable element to the gameplay, but leave little room for players to progress through levels on their own. The game telegraphs these necessary wardrobe changes with notifies an icon, prompting the necessary suit to procure. 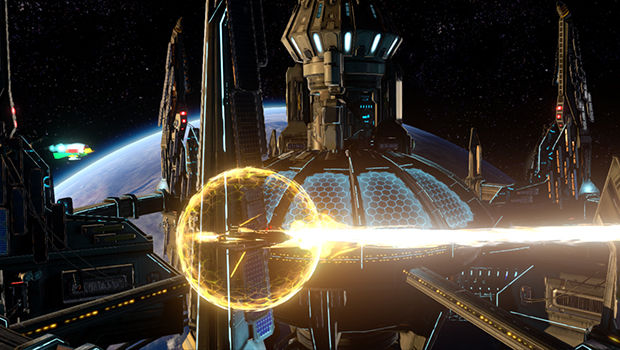 As is typical of the Lego series, there’s plenty of content to explore, including over 150 characters to unlock. Beyond Gotham excels with its extras. Most notable are its mini-games, which include Tron-like “hacking” requiring maze navigation around computerized obstacles, and a side-scrolling space shooter reminiscent of Resogun. These distractions were my favorite part of Lego Batman 3, providing a much-needed reprieve from the monotony found within the primary campaign.

The levels themselves seemed more open than usual, expanding in scope and size as the game progressed. Although interesting to explore, at times I’d get stuck on cliffs or hang helplessly in midair. Some of the later levels were hampered by wonky camera angles and viewing perspectives, which proved difficult when playing split-screen. At one point, I had to force my second player out of the game so that we could expand the screen to trigger an event. From a two-player perspective, this caused a lot of frustration and only seemed to get worse later in the game.

It was also disappointing that the Beyond Gotham didn’t showcase an open Gotham world like in its previous installment. At first, the extra content is split up into various hubs: the Batcave, the Watchtower, and the Hall of Justice. After a steep investment in playing through the main plot (around eight hours), Lantern worlds can be unlocked. Each world contains racing trials, quests to unlock characters, and unlockable vehicles to fly around. In a lot of ways, it felt like a step backwards to have a hub-based system, especially when most of it opened up at the end of the game. 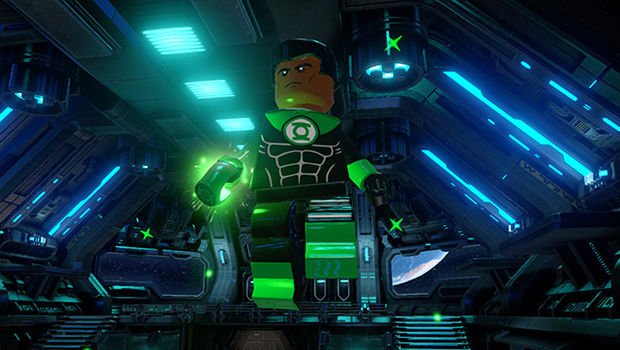 As noted earlier, anyone looking for a Batman adventure you won’t find one here. Screen-time amongst the characters is divided up fairly well, leaving Batman and Robin in the dust. When they do make an appearance, they’re more focused on bickering back and forth like an old couple than saving the world. Despite this oddity, the dialogue is as crafty and well-written as Lego titles come. Practically all characters have a delightful personality-filled moment with plenty of references thrown about. Particularly amusing was Lego Batman 3‘s take on Mr Freeze — full of puns and a intentionally terrible Arnold Schwarzenegger accent. You could say it was ICE to see him.

Comic book fans will enjoy the assets used in this game, especially with regard to music. For example, Superman and Wonder Woman’s original songs play on loop when they take flight and don’t cease until they land. Every character also (hilariously) sings their own rendition of the 1960s Batman theme song when players rest on the character selection screen. Voice acting is top notch and talent is pulled from Kevin Smith and Conan O’Brien, who play themselves. The latter tends to be a bit annoying after a while, acting as your tutorial guide and spewing out the same information every time you cross paths. 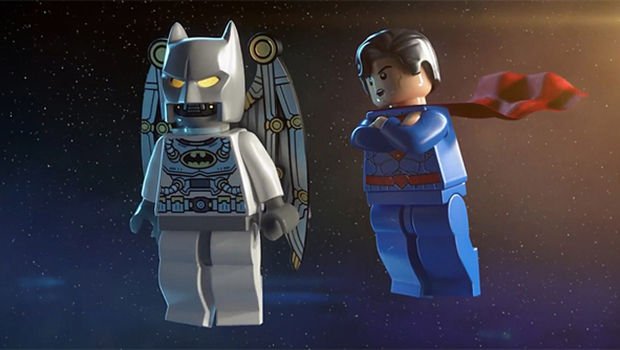 Lego Batman 3 is as fun as Lego games come, but it needs to be taken with a dose (or two) of patience. The controls and camera angles are unforgivable at times, but there’s usually a moment of greatness to numb the pain — like when Robin deploys a mini version of himself in his Techno suit, or when Wonder Woman’s 1970s TV show theme blasts when she takes flight.

Fans of the Justice League (or DC comics in general) will get a lot of enjoyment out of this game, but I wouldn’t recommend playing if you’re looking for a Batman adventure. There’s simply too much fun to be had in the DC universe to give it all to one man. As far as Lego games go, it’s not perfect, but it delivers a solid story and a plethora of DC characters to play around with, which is more than ICE can ask for.