Developing a Gears of War-like cover shooter for Nintendo 3DS is unconventional, but that’s just what VD-Dev did with Ironfall: Invasion. Featuring both local and online multiplayer, as well as an 11-stage campaign, the project seems fairly ambitious for the handheld, and as you’d expect, there are mixed results.

While multiplayer turned out well enough, the campaign is a mess. 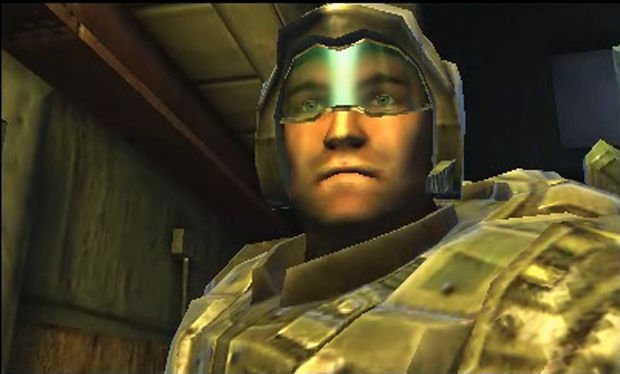 If you have a Circle Pad Pro or a New 3DS, you’re going to feel right at home with Ironfall, as it functions just like a full-on console shooter. The controls work especially well on the New 3DS, with extra shoulder buttons for sprinting and reloading, as well as the C-stick functionality for aiming. L aims, R shoots, and B ducks into cover — that’s basically all you need to know, and it plays out wonderfully.

Ironfall has a neat mechanic that ties actions to your health, by way of a meter called “heart-rate.” There are certain thresholds you cannot cross unless you take damage, but sprinting and shooting will raise your heart-rate ever so slightly — forcing you back into cover to lower it faster. While it may seem like an action-hindering design choice, it actually makes things more strategic, as avoiding enemy fire altogether will inherently limit your meter.

However, the campaign doesn’t really make use of the strong foundation, mostly wasting your time through 11 boring levels. It’s basically a corridor shooter with uninspired locales and minigames you’ve seen a thousand times over. The alien menace is also painfully generic, to the point where you won’t even care about killing them, instead focusing on the clock all the way.

Visually Ironfall looks fine on the New 3DS, especially with the 3D effect on. The main problem is that the actual art style is dull as heck, and reminds me of a budget PS1 title — not in a good way. Although the framerate is consistent, it’s hard to really get on board with playing through the story when everything looks so mundane and washed out.

Thankfully, multiplayer saves the day, as it’s quite fun. If you’ve ever played an old school shooter like WinBack, you’ll feel right at home here. It’s surprisingly robust for a portable game too, featuring online and local play, as well as a decent amount of weapon types. You’ll only get standard free-for-all and team modes, but some are ranked, which allow you to bet “credits” and gain a higher rank for bragging rights. Don’t expect a fully-fledged Call of Duty-like perk system here — you play just to play, not to earn more gear.

While multiplayer works well as-is, a couple things I really want in a future update are more weight to the combat and direct notification of kills outside of a unceremonious “this player died” banner. While everything is smooth and the bullets actually connect, it’s really hard to tell if you killed another player at times, or if you are even hitting them.

As you can tell by the info box above, Ironfall has a unique pricing system. You can download the base game for free, which nets you the first campaign level and a limited multiplayer demo — consisting of one character, the assault rifle, and grenade launcher. If you want to pony up for either mode you’ll pay $9.99 each, with a bonus jukebox feature if you buy the bundle.

Don’t get the bundle. If the idea of a 3DS cover shooter entices you at all, the best course of action is to play the multiplayer for free, then go from there. Personally, I was sold based on the old school feel alone, which is more excusable for a fun arena-like setting than it is for a rushed campaign. 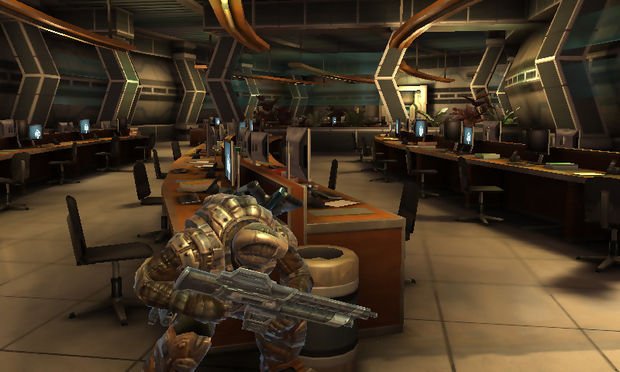 Multiplayer is the saving grace of Ironfall: Invasion. Although it doesn’t offer anything new, it should scratch that itch for arena shooter fans who are looking for something to play online long term on 3DS. With a relatively smooth connection process and simplistic gameplay that works, it should keep you busy for a while. Just avoid paying for the campaign at all costs.