A near perfect shot

When I was a young kid, I loved nothing more than playing classic sport video games like Bases Loaded, Blades of Steel, Double Dribble, Tecmo Bowl, and Mike Tyson’s Punch-Out!!. While I enjoyed the likes of Super Mario Bros. and Zelda, hitting a game winning homerun was inherently more rewarding than sticking a silver arrow in Gannon’s forehead ever was.

As I pushed through my junior high school years though, my tastes in games began to change. It was in these years that I was introduced to my deepest of video game loves: the Japanese RPG. Chrono Trigger and Lunar: The Silver Star opened my eyes to a much deeper world; a world where story was just as important as gameplay, and more importantly, could actually have meaning.

Nowadays, I find myself satisfied having quick flings with any action game that I can finish in a weekend. I still love RPGs and sports games, but the commitment to fully enjoy them is more than I can usually spare. If only there was a way I could enjoy both genres simultaneously; a way to go back to the days where time was in abundance.

Inazuma Eleven is the time machine I’ve been looking for. 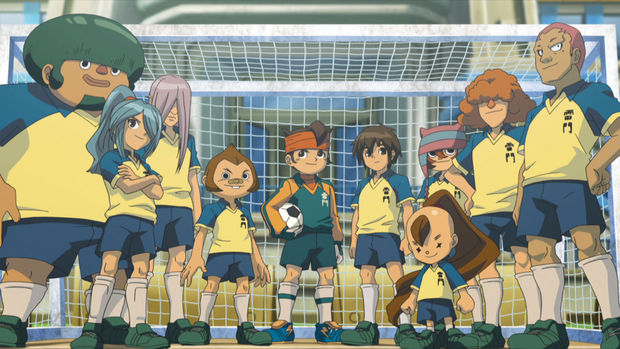 Centered on the globally popular sport of soccer, Inazuma Eleven tells the story of a ragtag group of junior highers on the verge of having their club disbanded — unless they win an impromptu match against the school that holds a 40 year championship reign. It’s a near impossible task for the kids of Raimon Junior High, since their team is lazy and out of shape, outside of their gung-ho captain Mark Evans — but there’s one bit of fortune that may turn everything around for them: a new student, with a mysterious soccer past, has recently transferred into the school.

It’s a pretty typical setup for those familiar with any sports anime, or the Bad News Bears, but it serves as a solid delivery method for telling a sports story with heart. Its focus around a group of young teens keeps it lighthearted throughout, but it should still strike a chord with a gamer of any age thanks to the “against all odds” spirit the game radiates. If you dig games like Pokemon, and the perseverance found in a movie like Rocky, then thematically, you’ll be right at home.

What made the story the most engaging to me wasn’t the overall path it took, but instead the attachments I made with certain players on the team. In a traditional sports game, you may have a favorite player because of their accomplishments in real life, but rarely is there any sort of emotion vested in the virtual accolades that transpire over the course of a video game. As my team began to take shape, I relied on a combination of eleven players that I had personally trained to overcome the odds. And by the end they weren’t just a list of stats with some spectacular skills, but players I actually cared about.

Typical to RPGs, a player’s skills are mainly grown from on-the-field experience. Soccer matches and battles serves as the main form of leveling up your squad, but there are also ways to specifically target the improvement of select player attributes. In each of the game’s locations, you will find dedicated spots where the game’s currency (Prestige Points) can be spent to increase attributes like kicking strength, speed, or ball control.

In these scenes, you may find your player dribbling around cones, carrying boxes off a truck, or kicking the trunk of tree — like Jean Claude Van Damme in Kickboxer — to become the best of the best. While this only increases one particular stat for one character at a time, a sort of “soccer dungeon” opens up later in the game, which upon completion, can increase these same attributes across the whole team. 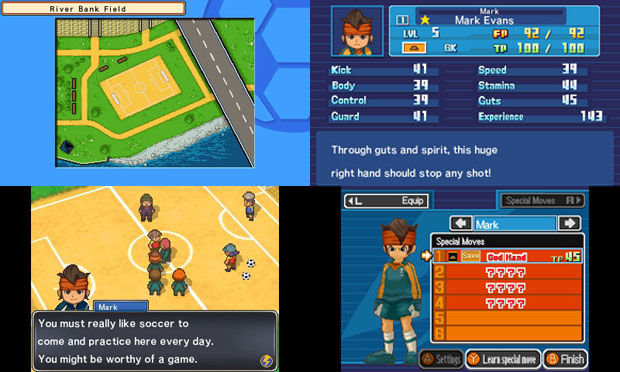 As important as it is to have a well balanced team, all of this would be for nothing if the actual soccer portion of the game was not as fun and in-depth as it is. Thankfully it’s just as great as everything else, if not better, due to an ingenious strategic take on the sport.

Whether it’s in the game’s 4 vs 4 random encounter battles or its full 11 vs 11 matches against rival schools, Inazuma Eleven’s gameplay is extremely refreshing. In its 4 vs 4 matches, players are tasked with simple “beat the clock” objectives to win. It may be something as simplistic as stealing the ball from the opponent, or a more difficult task like scoring a goal first, but they rarely last more than 30 seconds. 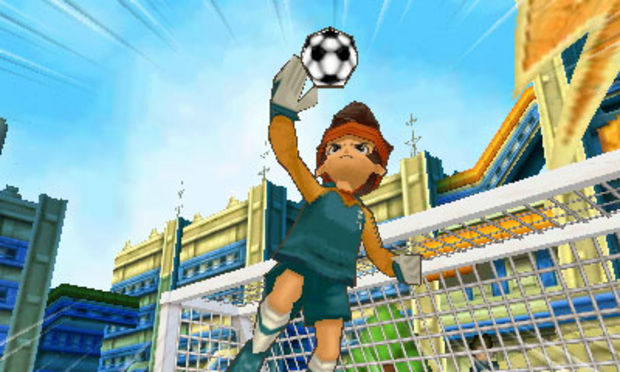 They can happen anytime you are wandering an outside area — which I found quite hilarious at first, since the thought of a random fight in a sports game had never crossed my mind — but they keep the game from falling into a repetitive story-and-soccer-match cycle. Not to mention they are quite integral in preparing squad mates for the heated soccer matches that typically wait at the end of each game’s chapters.

The 11-on-11 action is the main draw for Inazuma Eleven’s gameplay. So much so, that the game even includes a local versus mode that lets players battle their custom teams against each other. In these matches, the true strategic nature of the game is on full display. Similar to a real-time strategy game, players are controlled with the stylus on the 3DS’s lower screen like little tactical units.

For the most part, their A.I. dictates the best course of action, but players can draw paths to where they want them to go to either lead offensive strikes or cut off opponents in the open field. Additionally, the action can be paused using a “timeout” to draw up and execute more efficient plays. 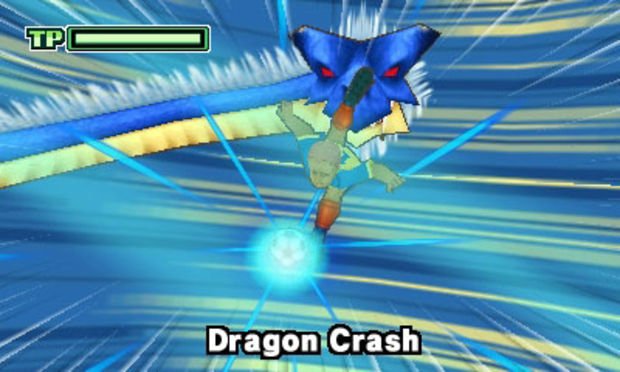 What takes each match to the next level — and additionally prompts a “do not try this at home” warning when the game boots up — is the over-the-top anime-esque abilities every soccer player possesses. Flaming tornado strikes, teleporting slide tackles, giant rock formations bursting from the earth that stop players in their tracks; Inazuma Eleven forgoes a realistic soccer game for some jaw-dropping, 3D-animated spectaculars.

While they help heighten the intensity of a given match, they also greatly increase the game’s strategic merits. Each move, along with each player, has an affinity to one of four elements: earth, fire, wood, and air. Fire is stronger than wood, wood greater than air, and so on. Scouting the field ahead of time, and switching in accommodating teammates to counter elemental match-ups is a major key to success on the field. It’s not just about having the skills to dribble past your opponents to set up the perfect shot that I enjoyed so much, but the satisfaction of truly commanding the soccer field with a team I worked so hard to whip into shape. 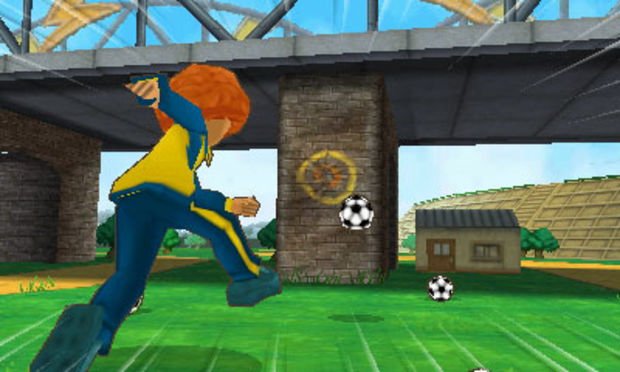 There’s a lot to love for both sports and RPG fans in Inazuma Eleven. The game is beyond deep — thanks to 1,000 characters that can be molded into soccer gods – has a charming story, and some highly rewarding strategic gameplay. And to think it’s taken this long for a Japanese RPG centered on a sport to hit this side of the pacific. Sure, RPG elements have been creeping into the American sports scene for years, but stat management does not equate to any of the charm a company like Level-5 can create.

Inazuma Eleven is one of the best role-playing experiences I’ve had in a long time, and more importantly, rekindled a youthful feeling I’ve grown to miss.