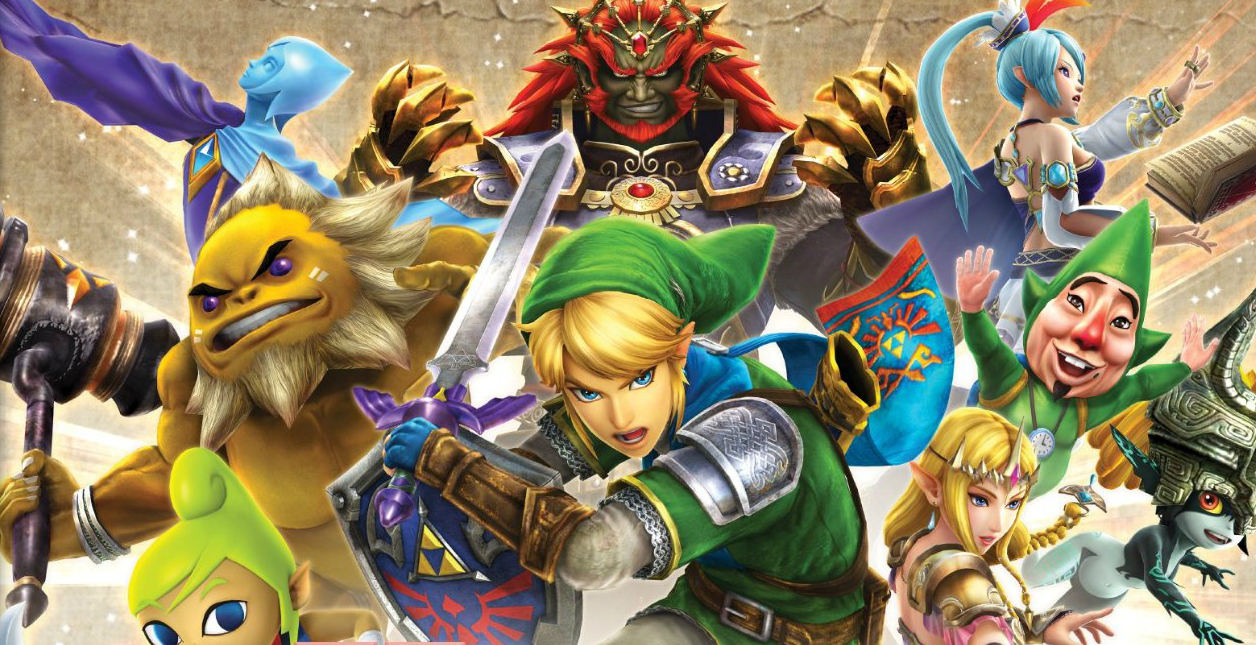 I hope you have a New 3DS

From its announcement to the conclusion of my multi-100-hour playthrough of Hyrule Warriors, I was enthralled. It was a match made in heaven, mashing up Zelda with Dynasty Warriors, and all of the parties involved deserve a ton of praise for what they accomplished. The ability to play co-op with the Wii U GamePad and the TV was the icing on the cake, a natural evolution of the split-screen system that console fans have been using for decades.

Hyrule Warriors Legends, however, shrinks all of that down to a smaller, more bite-sized experience on the 3DS. While it’s a tough sell, the new content is mostly worth it, whether you’re a seasoned veteran or a newcomer. 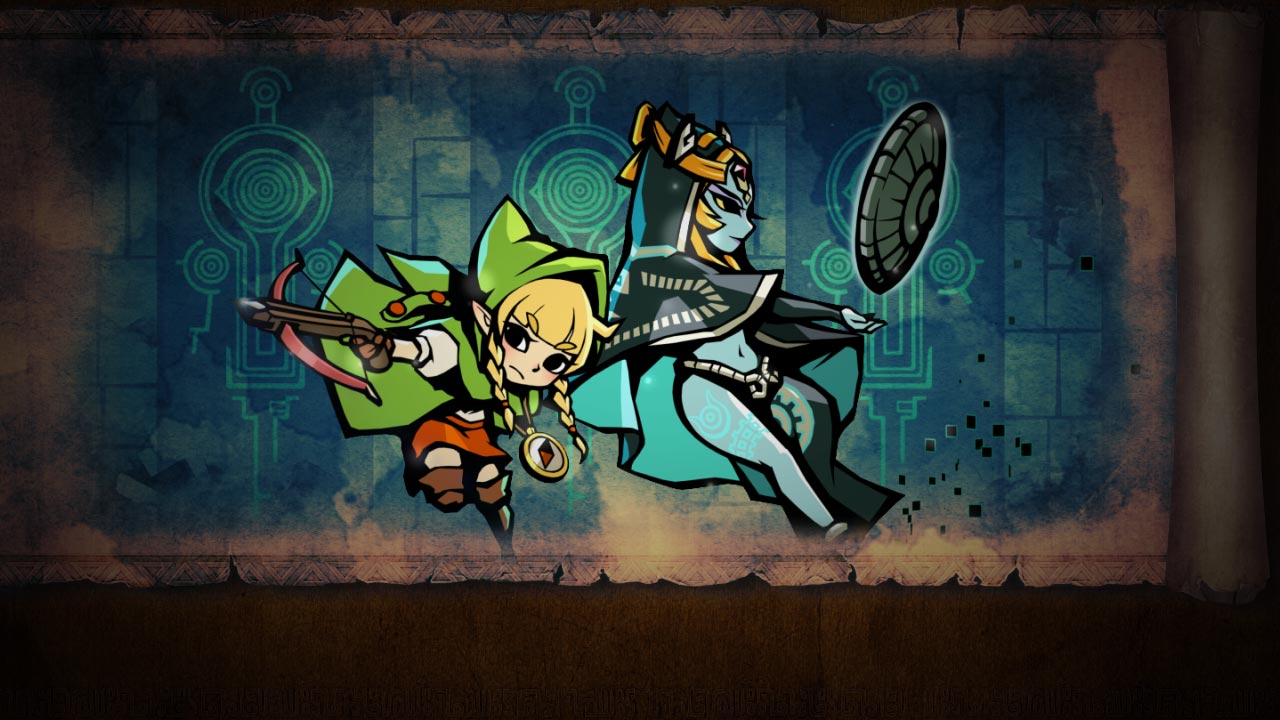 [More detailed rundown of the mechanics, check out the original review. Here, I’ll be speaking to the quality of the 3DS port and new content.]

So how does Legends run on the little ol’ 3DS? It depends on which model you have.

If players aren’t rocking a “New” portable, I’d advise against getting the game entirely. Performance is pitiful on an OG 3DS, to the point where I wouldn’t even consider the game playable. In my mind, this is a New exclusive, so don’t even think about getting it unless you’ve upgraded.

As for the New performance, it’s stellar. Sure some concessions have been made, as there are less enemies on-screen and the textures have been downgraded, but even with the 3D effect on, things run smoothly during massive boss battles with four allied heroes in the mix. Without the 3D on, the game is absolutely flawless — I’m shocked at how great it is. The New controls are also a boon. Players can use the nub to control the camera, and the triggers to add some extra functionality (like instant lock-ons). I had zero control issues, in fact.

Legends has a few new tricks up its sleeve, most notably the updated roster. In addition to five new characters, Ganondorf gets his iconic trident (which is actually iconic, Ubisoft and Square Enix), and some of them are more impactful than others. Skull Kid, a character that I thought would be wildly different, is fun to play, but he has a lot in common with the rest of the caster squad already included, and I wasn’t wild about him after a few sessions. The same can be said about Toon Link and Tetra, though they are great aesthetically, and fit the slightly altered visual style of the 3DS.

No, the characters I was most impressed with were the King of Red Lions and Linkle, funnily enough. The former is a beast, with a wide variety of abilities and a unique combat style that incorporates his human and boat forms. He’s interesting at all times, and feels like a legitimate DLC character that you’d pay for piecemeal. Imagine my surprise, then, when I discovered that Linkle was actually one of my favorites — not just in Legends — but out of all of the cast members of Hyrule Warriors in general.

Linkle’s crossbow weapon just feels good, and the team incorporated both ranged and melee attacks to make her feel like no other character before her. In addition to a standard super, she also has a tension meter on the side that allows her to shoot off a strafing attack that feels incredibly satisfying. She even gets her own mini story and the most fleshed-out personality to boot, as a hero in the making who commands a Cucco army and has a terrible sense of direction. I’d love to see more of her in the future. She’s one of the most fun characters Nintendo has created in a while.

Character switching also enters the fray, toggled by way of the touchscreen below the action. Players can simply tap any combatant to switch to their perspective, which makes some of the more sprawling battles a little more intense. It cuts down on the tedium and the touch effect is well done, since you can easily command different AI team members to a location. The My Fairy system also changes up the flow a bit, although it’s not as monumental as I initially thought it would be. They’re basically power-ups. While players can customize them somewhat, they just make small little tactical changes like simplified guard-break moves and the like — though they don’t detract from what’s on offer in any way.

There’s also a new adventure mode map, and a rework of sorts so that most of the previous DLC is unlocked through the first map, which is welcome (you can can get Toon Link almost immediately, for example). I was never really huge on the adventure mode as a lot of the tougher quests are super tedious, but if you found yourself hunting down every damn map square on the Wii U version, you’ll feel right at home here — especially since any future maps aren’t coming to the console edition.

So who is this release for? New players can theoretically start here if they don’t mind the smaller screen real estate, because all previous content is intact. Although you can skip cutscenes, veterans will be frustrated to know that there is no Cross-Save capability (something Nintendo typically isn’t known for anyway), even going so far as to deny an import of any kind. If you’ve spent months on end acquiring weapons and pruning your roster, tough — you’ll have to start all over.

Nintendo seems keen on keeping Legends the definitive version of the game too, as there are currently no plans to move the My Fairy system or the new adventure maps over. This issue is compounded by the fact that the Season Pass is confusing, and won’t see the release of everything on Wii U. If you buy the game on 3DS, you will be able to transfer the new characters over, however (including Ganondorf’s trident), and you’ll have the option to buy them this summer separate from the pass. There’s also no multiplayer on 3DS.

Personally, I don’t mind paying for Hyrule Warriors all over again with Legends. I got hundreds of hours of enjoyment out of the Wii U version, and being able to relive that is fine with me. But not everyone is as keen as I am, so if you’re not a superfan already, it’s a tough sell — because really, this series deserves to be immortalized on a big screen.