I don’t think anyone, including the game’s creator, expected Gunman Clive to be such a massive hit. As an homage to retro platformers it was a joy to play, and the ridiculously cheap base price made it easy to take the plunge.

Gunman Clive 2 delivers pretty much everything you’d want out of a sequel, even if it doesn’t push the envelope. 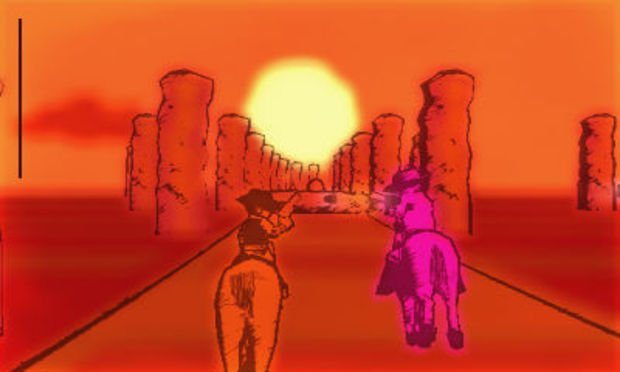 Just like in the previous entry you’ll have a chance to play as Clive and Ms. Johnson — the latter of whom employs a Peach-like float ability. They’re both relatively similar, emulating Mega Man’s style in the first two games with the basic ability to jump and shoot. Clive 2 also adds another character called Chieftan Bob who functions as a hard mode, as his melee-only limitation makes the game twice as difficult.

Hardcore fans will also be happy to know that the secret character returns once again, which fundamentally changes the way you approach the entire game. When all was said and done for this review session, I ended up beating the game three times with three different characters without getting bored.

That’s partially because there are 25 stages in Clive 2, and each of them feels different in its own way. There are even a few new vehicle-based stages that look really cool with the 3D effect on, including a plane, horse, and adorable panda. I also love the subtle progression indicator on the bottom map screen, which lets you know how far you are from completing a level. The transitions from one level to the next are also really cool, like jumping into a drawbridge before a castle stage, and so on. 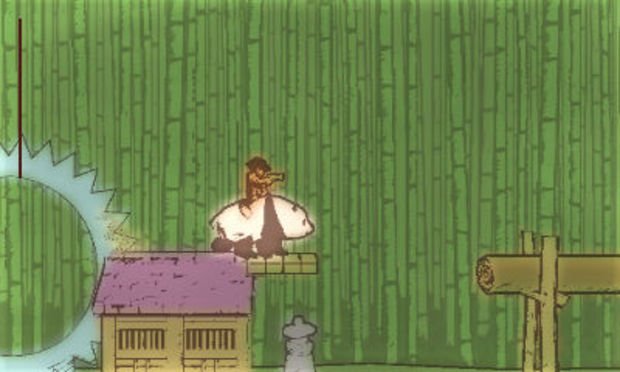 If you’re a platforming master and use Clive or Ms. Johnson, some stages will likely only last you a few minutes without any deaths, but some took me roughly 15 minutes to beat. The first dinosaur level is my personal favorite, as it brings back fond memories of the “I Just Can’t Wait to be King” SNES Lion King bit. There’s also a cool Shadow of the Colossus-esque boss fight, and a Donkey Kong Country mine cart sequence. All in all each playthrough should last roughly one to two hours, with very little boredom throughout. There are also three difficulties to choose from.

Having said that, there is a bit of trial and error involved when the camera straight-up doesn’t show you what lies ahead. Checkpoints are also non-existent, so if you die you have to restart the level all over again. I’m totally okay with that, since it gives you a real sense of accomplishment when you rise to the occasion. Then again, even classic Mega Man games had mid-level checkpoints.

While the thematic elements are fresh at all times within the confines of the game, it doesn’t really go far enough with most of its concepts. It’s always fun, but never mind-blowing. What is upgraded is the visual style and subtle 3D, which are much more colorful this time around. I also didn’t encounter any glitches in Clive 2, which the original game had a few minor problems with. 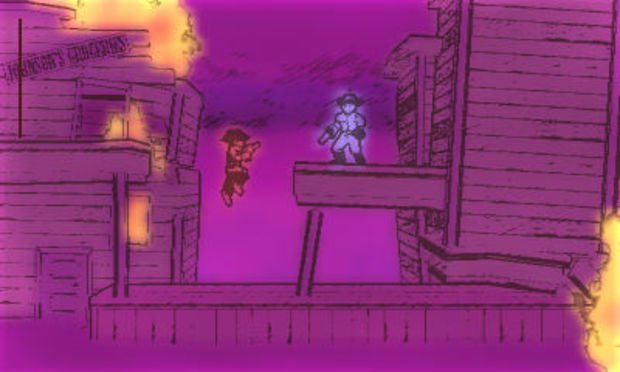 Gunman Clive 2 has a few problems that newer gamers may have issues with, but this retro fan is more than satisfied. The $2.99 pricepoint is the cherry on top of this delicious platforming dessert.