I won’t beat around the bush here; this movie blows. I was gonna do this whole intro I normally do where I tell you about how scary the Goosebumps books were when I was a kid, and blah blah blah, yadda yadda yadda, and this new thing, well just isn’t top notch boyo! I can’t believe Sony Pictures would dare offend me with my excellent taste in film! It’s like they don’t even care about the quality of the blah blah blah BLAH BLAH.

I really can’t muster that right now. This movie snatched the fun out of me for almost 2 hours. If I try to rant about it I might get an ulcer. Well. Here we go.

Goosebumps 2: Haunted Halloween is the third entry into Christopher Nolan’s Goosebumps trilogy. It is about some dipshit kids named Sonny Quinn (Jeremy Ray Taylor) and Sam Carter (Caleel Harris) who have a business throwing away trash. Naturally, after having their fill disposing of several DVD copies of Jack and Jill and Pixels, they find a spooky house. Then they go inside the spooky house, and open a book called Haunted Halloween and lots of spooky things start happening. Then later they’re joined by Sonny’s sister, Sarah Quinn (Madison Iseman) and then they have a fright and they all die horribly. Psych, I wish.

This is a movie that no one cared about, and it shows. Painfully. We have to start somewhere though. This movie is, first and foremost, not scary. That does not come as a shocker to anyone, like, of course a horror movie that’s ostensibly for kids won’t be scary. But that doesn’t mean I have to review it like that bullshit excuse actually affects my rating of this movie. The problem is that Goosebumps, you know, the great horror book series that this movie is based on actually is pretty damn spooky. It made me spook my pants once or twice as a kid, man. Stories like The Cuckoo Clock of Doom dealt with erasing people from existence by going slowly back in time until they are never born, while you become trapped in an infant’s body. That’s some dread-inducing storytelling right there. But despite the great source material, Goosebumps 2 goes another route. 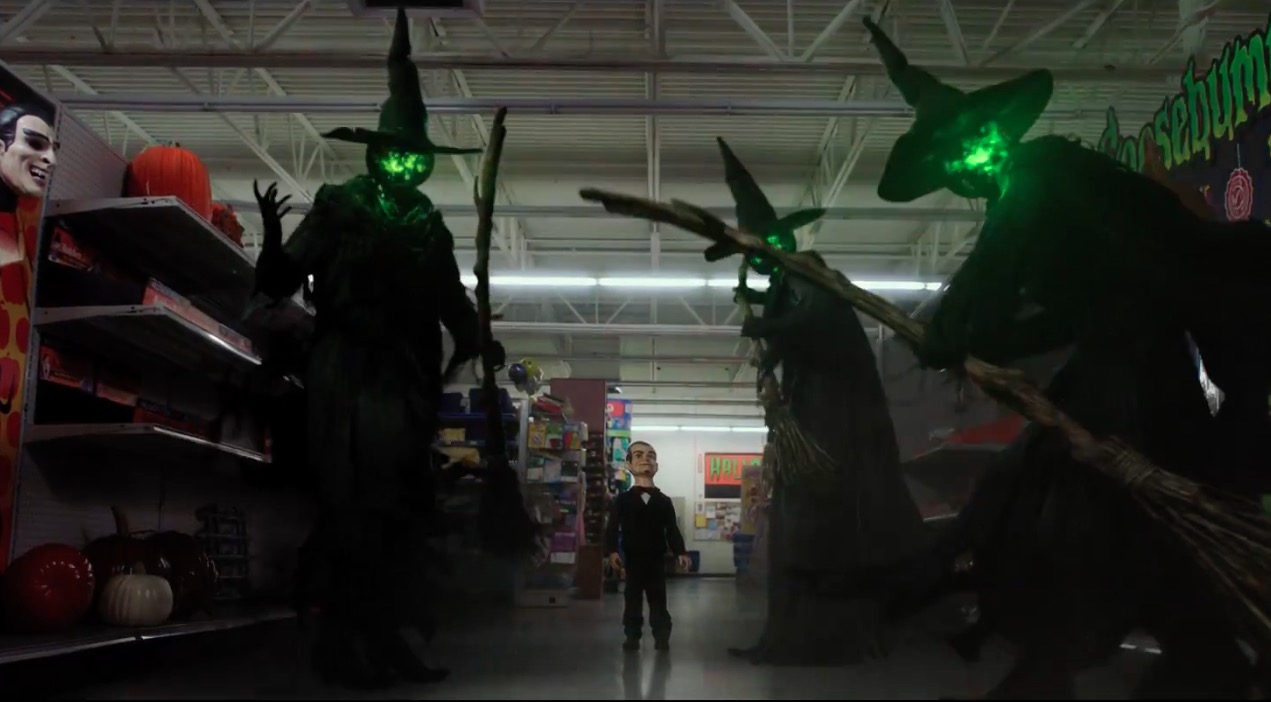 Instead, it decides to be about as scary as the actual day of Halloween. In the suburbs, where a bunch of six and seven-year-olds are walking around in Darth Vader costumes. It uses the images of scary monsters, and then animates them so they look neutered and harmless, and then puts rubber bands on their claws so they can’t hurt anybody. It’s just sad. These movies could have actually done something with the source material. Instead it uses some of the iconic images and characters for marketing purposes and turns them into a bunch of baby-proofed wusses.

This movie is also ugly. It has been color corrected to hell and back, making the film look sickeningly bright and saturated when it should look more dingy and dark. Lighting becomes another major issue later on when characters are brightly lit in dilapidated houses that should have hardly any natural light filtering in at all. Each of the main characters wear generic clothing straight out of an Old Navy catalogue. Every character looks so bland in their brand new clothes that I get the sneaking suspicion that they’re all aliens. Yeesh. 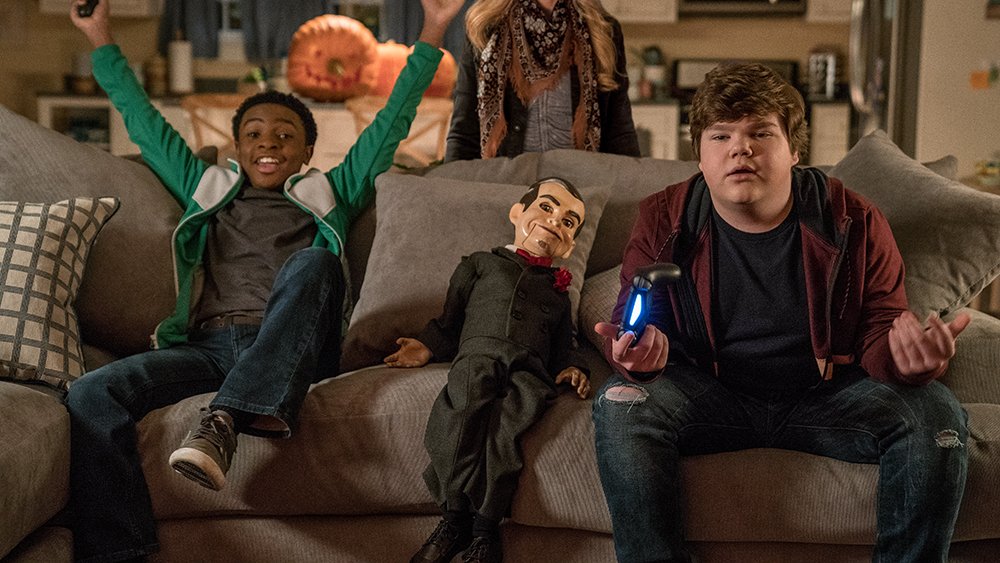 **LIGHTNING ROUND! NAME AS MANY TERRIBLE THINGS ABOUT THE MOVIE YOU CAN!**

A lot of these go without saying. The acting is really bad. The plot is really bad. The movie isn’t fun or exciting. We don’t care about these characters at all because we’re given no reason to. The characters aren’t put into any fun or interesting situations that interest the audience. The camerawork is bog standard. The monster designs are uninspired. The villain is weak and very, very toned down from the source material.

Anything else? Oh that’s right, the humor. I haven’t seen a movie this painfully cringeworthy and unfunny since I reviewed The Emoji Movie last year. This feels like a first draft that someone edited for typos, and then some producer said, “Yeah my daughter would probably laugh at that – maybe?” and then they made the entire movie the next day. There are moments where Sunny will say something that’s supposed to be an “Oh he’s kinda awkward and oblivious and he just says some c r a z y stuff sometimes,” but it has absolutely no impact. But the characters acts like it does. Making me cringe even more.

I don’t have a real conclusion here. If you want to know how I feel, here’s a one word summary: