This charming but simple adventure game hits the mark

Gomo had a bad dream in which his precious pooch Dingo was kidnapped by an evil force. When he wakes up, he finds that his dog has actually been stolen by an advanced alien race who want Gomo to steal a rare crystal from a nearby mine and trade it for his dog’s life.

Gomo is a fairly simple, point-‘n’-click adventure game that’s loaded with quirky charm but the difficulty level is pitched between very easy and mildly challenging. 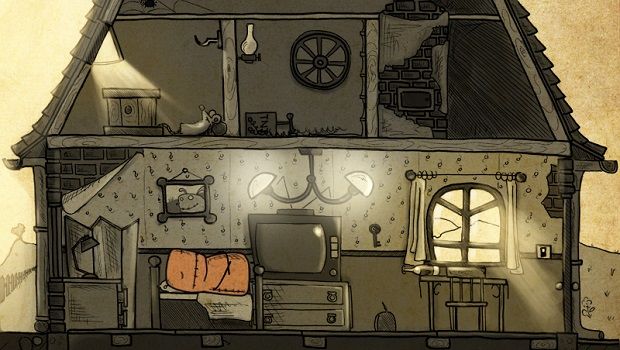 Gomo‘s story is told almost exclusively without dialogue or text, aside from some thought bubbles and gibberish alien speak. This would mean that the story is carried out with non-visual cues but there’s not really much to explain; aliens kidnap dog, you get crystal, you give crystal to aliens. It’s all very simple but Gomo has a lot going on, just not things that directly affect Gomo himself.

There’s a wealth of little background details or scenes that don’t flesh the world out in any narrative sense, they just add a little color to what’s happening. Like the little guy living in a pipe that’s woken up by a spider or the tiny stickman who slides down the snowy mountain in the background, on a sled. None of these even affect Gomo in his quest but they’re fun little touches that actually had me laughing at the end.

Gomo sticks to point-and-click tradition in that you’ll find objects in which to interact with characters and the environment so that you can proceed. What’s most noticeable is Gomo’s movement — instead of having full reign of the 2D world, Gomo must be moved to specific points if you want to interact with something.

For instance if you had picked up a key for a door, you can’t just use the key with the door; you have to move Gomo directly to the door before you unlock it. It slows down how quickly you’ll progress but it does lead Gomo to having small, single-screen levels. There’s no backtracking or carrying around a bloated inventory of items, so the solution will always be in front of you. 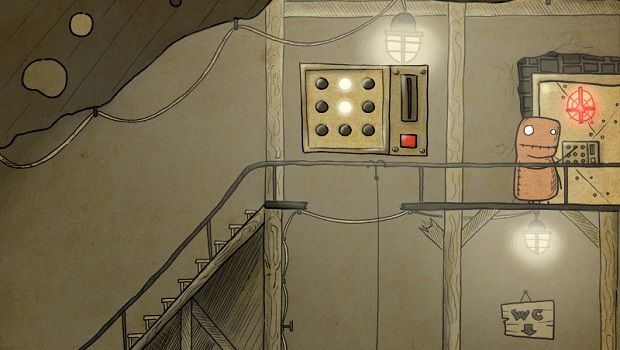 However, that streamlined approach leads to some problems that could easily be avoided. Often, Gomo is standing in front of an item he needs to either pick up or interact with. There’s no “hotspotting” or way of showing all the objects in the world that Gomo can work with, meaning you’re left to move the mouse over everything until you find the relevant item. A late-game puzzle is maddeningly frustrating as the required final item is a small sliver of wire hanging from a ceiling, almost completely unnoticeable until an accidental mouse swipe.

Such problems are few and far between, though; Gomo’s challenge level is fairly low and most solutions present themselves fairly neatly and practically. There’s a couple of times where the answer is simply get the right key for the door, press the button for the elevator, or flick some switches. There’s a practicality to a big chunk of the puzzles but there’s a few familiar brainteasers that will be familiar to most gamers. 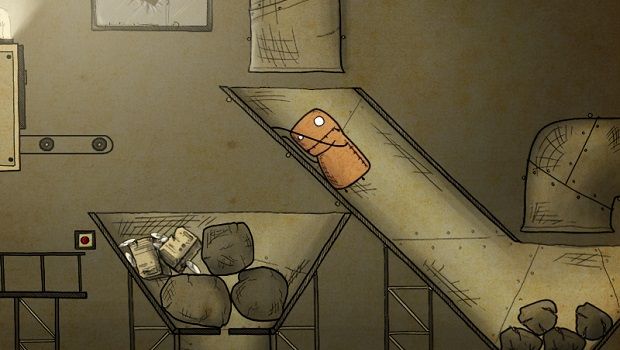 Overall the challenge level is geared towards younger gamers; if you rush through the game you can complete Gomo in maybe just over an hour. The story is simple and the characters you meet have a simple charm to them and the pace of the game means you’ll be able to whiz through it to see the next kooky scene. Some might find the asking price a bit much for a short adventure but Gomo delivers a simple but fun point-‘n’-click experience.