[You can read updated reviews for future patches here: 4.1, 4.2. 4.3-4.4 as well as other releases/expansions here: A Realm Reborn, Heavensward, Shadowbringers.]

After a rocky weekend of early access Final Fantasy XIV: Stormblood opened up its main story quest gating bug and everyone got to see what I’ve been experiencing since an hour after its early access debut. Since then, I’ve been playing it quite a bit.

So much in fact, that I’m already raid-ready, having cleared the highest level content at the moment — Susano EX and Lakshmi EX 10 times each.

I still love this game. 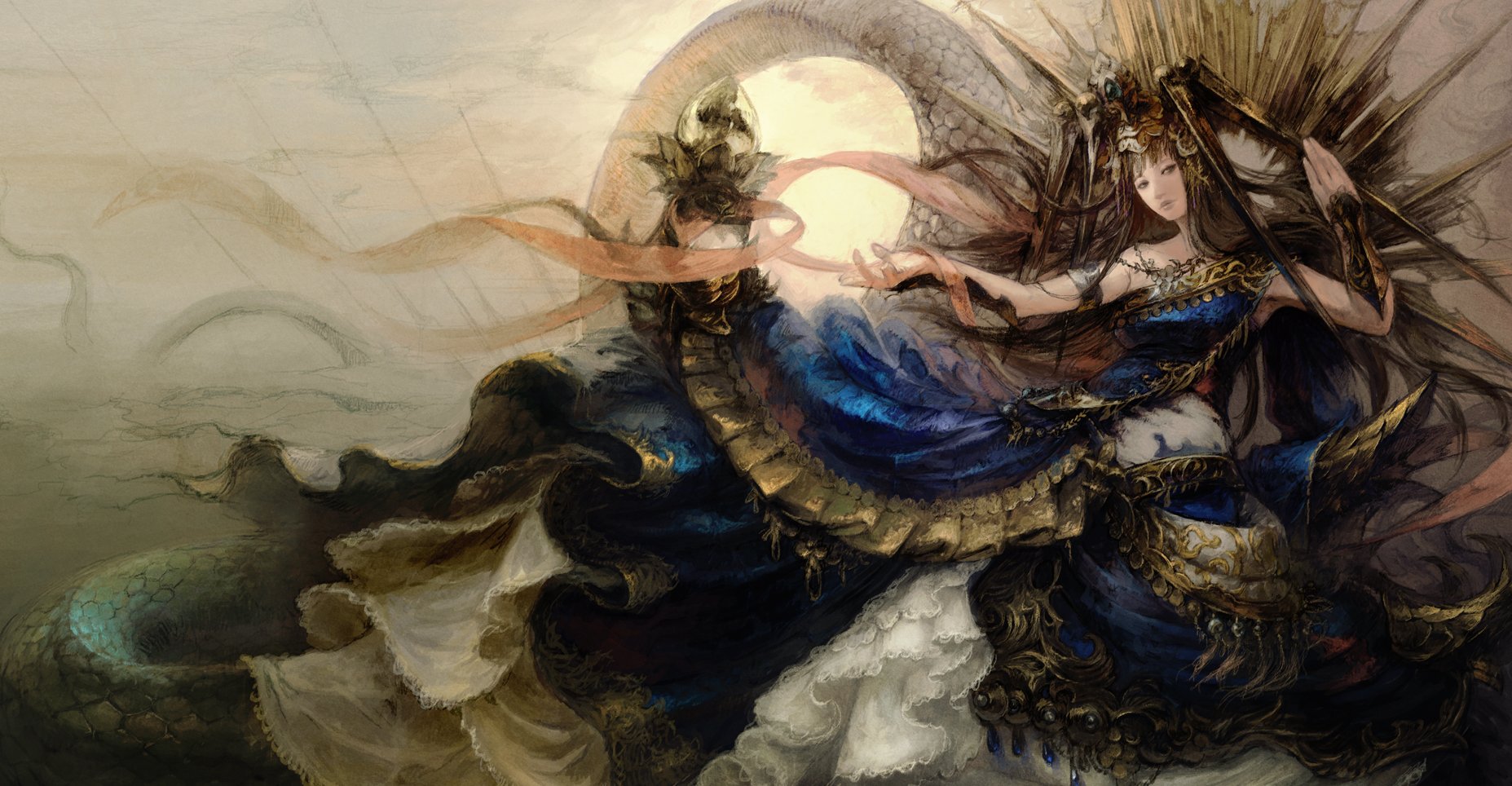 I last left you all somewhere in the neighborhood of level 63, but I’ve seen so much more since then. Dungeons with interesting new mechanics, zones with clever writing, and beautiful cutscenes awaited me in the rest of my quest to the new cap of 70, and they never really let up after the intro.

Stormblood feels even more iterative when it comes to storytelling. The team over at Square Enix have it down, and I’m not just talking about silly sidequest names (but those are still very important). There’s more at stake in this expansion, and the losses along the way feel more poignant. Random first-person shooter minigames also break up the monotony of “go kill these” types of MMO roteness, augmented by said narrative that ultimately feels like playing a real numbered Final Fantasy game (that tops several core entries to boot). Having tested out the PS4 Pro features extensively I am impressed, as the enhanced framerate does wonders for high-end content, and the 4K option gives you so much more room to work with and finagle the UI (it’s crazy how well this at times technical MMO still works on a console).

The only thing I’m bummed out about is the swimming aspect, which isn’t nearly as monumental as flight. Flight actually trumps it yet again, as only one major area even takes advantage of it (The Ruby Sea), and you can kind of tell that the development team saw it as a half-measure. So much of the underwater environment is a wash (literally and figuratively) as it’s hardly ever filled with other players, and there isn’t really much to do in there outside of some quest requirements. It’s not a total failure as you only need to spend a minimal amount of time diving for the main story quest but they could have done so much more.

It’s much more forgivable when you consider that a “ho hum” mostly optional gimmick is Stormblood‘s biggest fault. For once, I don’t dread any of the dungeons that come up in a random roulette, as all of the mechanics and bosses involved are stylish and engaging. Square has innovated several encounters in a way that other games haven’t quite approached yet, and they have me excited for the future of the series. The final boss (that I won’t spoil here) is one of the most fun fights I’ve ever played in an RPG, not just with the MMO qualifier. Both new Primals (mini raid-bosses) are a blast even in normal form.

Part of that is because of how easy it is to find groups, partially due to a late Heavensward update that allowed the party finder tool (for locating groups) server wide. Combining the raid and duty finder was also a natural, obvious step, and the inclusion of more waymarks is a godsend for Sherpas and raiders alike. Other quality-of-life fixes like a better world map, more inventory space, and an improved main story quest tracker took long enough, but are welcome all the same. Square Enix takes such a granular approach to fixing nearly everything, from random menus to bigger issues like bugs. It pays off long term.

And those new jobs? Well, they’re something. I thought the lack of tank and healer additions would make the meta a little stale, but that couldn’t be farther from the truth. Red Mage is one of the most active classes I’ve played in an MMO, and the Samurai is already finding his way into my list of possible raid-alts. I’ve had my share of melee DPS having played as a Dragoon in the majority of 2.0, but the Samurai will pose a new challenge for folks bored of the current routine.

The changes to the combat system have also been wonderful. Animations have been greatly improved (especially when it comes to making each class feel different), and the removal of attribute points streamlines the leveling process. Accuracy has been reworked into the “direct hit” system, which now has a baseline of 100% “to hit,” raised by this stat to increase damage. You can block or parry from side or back attacks now, and blocks can deflect magic damage. It’s just a lot of ancillary stuff that now will make sense to the common player, and a new meta to work on for veterans.

Most importantly cross-class skills actually make sense now. Instead of having to choose between one or two amazing abilities and 10 other junky ones, now you actually have to make decisions on what your build wants to be. As a Paladin I now have access to a ton of new skills on top of the handful that Stormblood added, and I have so much more to do in every fight as a result. Rushing into a fight with a new magic damage rotation and spreading my level 70 wing power to protect the party from damage adds several new dynamics to how I confront every fight. The entire sweeping change of making PVP its own thing (it has its own hotbar now and all PVE abilities are gone) is one of the smartest things Square ever did for his game. PVP has always struggled to make a mark on me, but now it feels like its own fully-fledged mode that could get more traction in the future (especially when folks are waiting for new raid releases).

While I did say that swimming was a bummer, I do have another concern — the endgame grind. It’s still the same grind, as players are tasked with acquiring “Verity Tomes” to gear up for EXs, and eventually, the raid, if you decide to go that route. It’s important to know that this is basically 1% of the userbase, but since I now a lot of our readers do partake in that madness, I wanted to be sure to mention it. We also have a reasonable expectation for Square Enix to deliver meaningful content patches that almost herald in a new game.

Return to Ivalice (a new 24-person raid based on the Tactics, XII, and Vagrant Story universe) is already planned and will likely arrive with 4.1, and the Omega raid is coming soon. For now, I’m happy with the new trials, leveling alts, trying to get the Lakshmi EX mount (I got Susano EX!), role-playing with friends in my apartment and our free company (guild) houses, going on hunts with a hunt linkshell (server-wide chatrooms), and cleaning up some sidequests.

After playing the reborn Final Fantasy XIV for nearly three years, each expansion feels like a game of give and take. They’re very good, but tend to fall into the same routine as the base game. That’s not so much of an issue if that routine is a winning one.

[This review is based on a retail build of the game provided by the publisher. MMOs are constantly updated worlds, and as a result we’ll be updating our review over time as new coverage arises.]