[You can read updated reviews for future patches here: 5.1, 5.2, 5.3 as well as other releases/expansions here: A Realm Reborn, Heavensward, Stormblood.]

I’ve been putting Final Fantasy XIV: Shadowbringers through its paces, but now that I’ve completed the new campaign and have toiled away at the current endgame, it’s time to really weigh in.

The short version? It brings it. 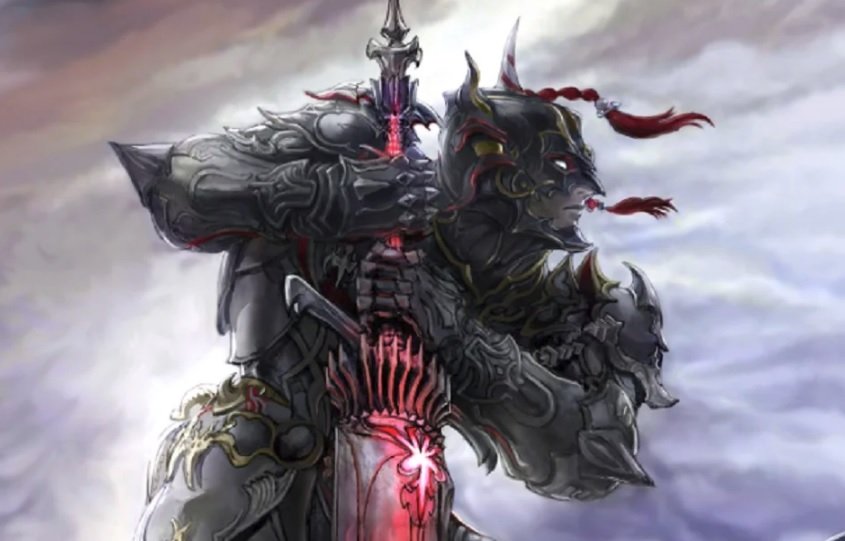 Props to the narrative powers that be for allowing Shadowbringers to breathe as both a charming fish-out-of-water story and an epic swirling confrontation not unlike The Avengers just had in the MCU. Swept away to a new world (the First), you and all of your big deal NPC friends aren’t so big timey anymore, which lends itself to a completely different feel unlike anything experienced so far in Final Fantasy XIV.

Now everyone has sufficient time to grow, and the whole Warrior of Darkness dichotomy adds a new dimension to the narrative lens. We’re getting different perspectives from characters who have been previously sidelined, and more threads for storylines that were merely hinted at in past expansions. Shadowbringers also lets you enjoy the ride without forcing you to make decision after harrowing decision.

There are personal stories intertwined with these galactic conflicts, and it all works: a testament to how skilled the writing team is at their craft. Shadowbringers tangos with themes from sympathy for the devil to innocence and atonement, and does it with Moogles and fairy creatures fluttering about all the while. Yes, proper fair folk are a huge part of the story, and with additional spoken languages in tow no doubt: Tolkien would be proud.

Outside of one uninspired area (Amh Araeng is too similar to the existing desert locations from Realm Reborn) the zones are a hit, as Square Enix continues to experiment with wild quest concepts and out-of-the-box stories that allow us to become invested in what would normally be a 10-minute sideshow for experience points in a typical MMO. That said there are some standard “kill [x]” quests, but if you pay attention to the dialogue you’ll probably enjoy those too.

A mix of modern and classic MMO archetypes are also at play with Shadowbringers‘ dungeons. Several dungeons do things a little differently and present entertaining miniboss fights, and now, a concerted effort has been made to connect them. The final foe of each run isn’t just a random enemy: rather, an encounter that helps sew the entire storyline together. The “Trust” system, which allows you to recruit NPC characters to enter dungeons to sidestep queues, is also a fascinating addition that enhances the whole “proper Final Fantasy/JRPG” feel of it all. Perhaps Square Enix is already building the foundation for an offline XIV one day, similar to what they’re doing for Dragon Quest X (you heard it here first folks).

In case you’re wondering, I finished the entire expansion (leveling to 80 and completing the main story quest) without having to repeat dungeons or “grind.” That said, I did have to clear out 99% of all sidequests on offer (many of which had better storylines than the critical path) and engaged in a ton of FATEs (group world quests that appear on the map). But there’s more beyond the new main story quest (MSQ), as two additional dungeons and two EX trials (hard mode boss fights) are unlocked at the end, with more on the way.

Two more races (Hrothgar and Viera) are in as a result of the expansion, as are new beast tribe quests to round out a ton of extra sidequests, the Gunbreaker (tank) and Dancer (ranged DPS, or damage-per-second) jobs, a substantially increased endgame for crafters/gatherers, role reworks, and more quality-of-life upgrades than you can count. Regardless of how I feel about the current carnival ride that is endgame, Final Fantasy XIV has been getting better and better year after year.

What I really dig about the new jobs is how fundamentally different they are. I mean the Gunbreaker is still ultimately a tank and the Dancer is DPS, but beyond that Square Enix has approached them with utterly divergent strategies. The former is meant to have a higher skill ceiling, with more ability nuances to master, while the latter is perfect for new players and folks who want an extra job to have fun with. That’s the official story at least, but so far based on my findings, it’s accurate.

Gunbreaker is something I’ve wanted for a while – not necessarily in this format, but in terms of a representative look at the oft-forgotten Final Fantasy VIII. The idea is that you build up hate (aggro, or enemy enmity) by firing off your gunblade, hitting abilities at specific times in your rotation to keep foes off of your party. It helps that it’s a sleek class that people are going to want to gravitate toward, and the more tanks the merrier. As a tank main (who has raided on Savage difficulty with every tank in the game), I’m happy to add this one to my collection.

Dancer is also a dream in its own way. Built on speed and cadence, the Dancer is a bit more free-wheeling than the Gunbreaker, but also a lot less work and more fun to play at lower levels. Having a dash movement ability on a charge is brilliant, and gives the job a more action-game feel than most of the other roles. I’m anxious to see how it works into endgame job compositions.

Existing jobs are a bit contentious right now. Tanks and healers had their roles altered the most, while Summoners and Machinists are grappling with their changes. As someone who often plays the former two roles often, I’m fine with the streamlining of my Paladin, and more ambivalent toward healer reworks across the board (especially my healer of choice, the Scholar). Healing got bonked with the streamline stick a little too hard, leading to a huge healer shortage right now where nearly all of the queues are waiting on the role. Having dabbled in EX content I believe healers are still capable, but many contend that they aren’t as fun to play.

Whether you agree or not, perception is reality, and I’ve had healer queue issues throughout the expansion. The last time this happened with different jobs at the launch of Stormblood, Square Enix was quick to roll back changes in response to the community reaction, but there’s no guarantee that will happen here. Either way, I ultimately found groups and have conquered every dungeon or EX trial in the game with every single job, so some people have managed to figure it all out. Plus, I’ve seen far more catastrophic class changes in other games and have lived to tell their tale. 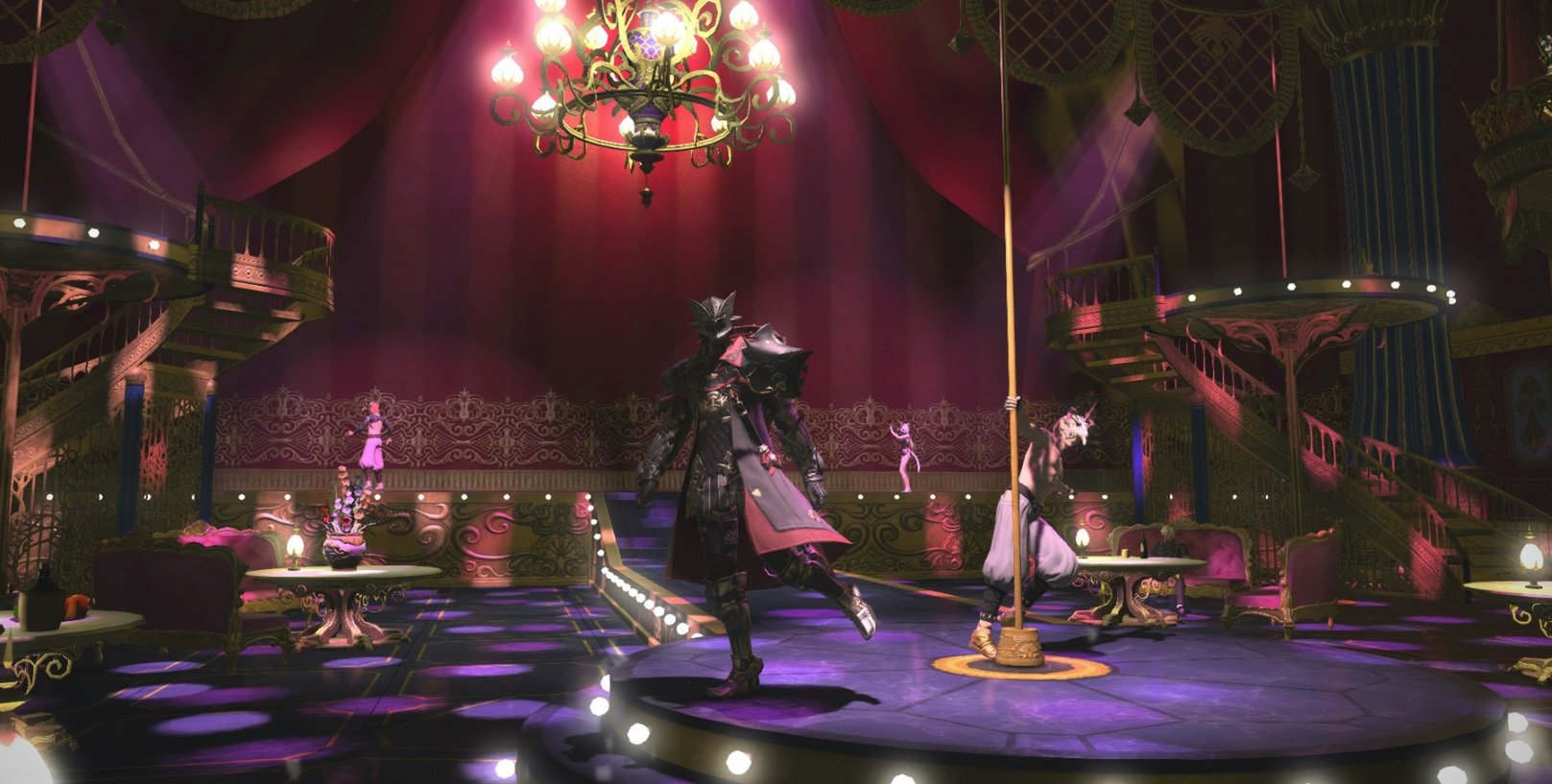 Speaking of endgame content, once you reach the level cap (either with the new jobs or your old ones), the whole theme-park ride begins anew. You have endgame EX primals to battle for supremacy, in a few weeks you’ll have the normal Eden raid to tackle, then in a few weeks after that, if you choose to accept the challenge, you can take on the savage version of said raid. The tomestone grind (endgame currency that allows you to buy top-end gear) is still in effect, and not much has changed overall from the formula cemented back in the 2.0 edition of the game.

How much of that is a problem really depends on how extensively you’ve played XIV up through this point. Some of you may be content with tussling through the new story then unsubscribing for a bit – and that’s perfectly fine. I plan on besting the savage raid with a group as I always have, and tinkering with Gunbreaker through the release of patch 5.1, which will garner even more playtime. Not to mention the mere act of just enjoying the world of Eorzea and the First, which is easy to do in this gorgeous game.

I’m the kind of player who doesn’t get burned out on a XIV expansion until roughly halfway through its lifecycle; then I take a short break, return, and go at it until near the end of its life. In other words, I’ll allot Shadowbringers a full year of regular play minimum until it starts to go out of style for me. Final Fantasy XIV: Shadowbringers is more XIV, and right now that’s something I’m still happy with. The story delivers with its effortless whimsy and urgency, the battles are filled with spectacle, and the core fundamentals have only gotten better over time.

This is how an MMO ages gracefully: Final Fantasy XIV is arguably the best it has ever been.

[This review is based on a retail build of the game provided by the publisher. The reviewer achieved level 80 with their Paladin job, and completed both EX trials, the extent of the current endgame at the time of this review.]