Fifty Shades Freed is the final chapter in a franchise that has been solemnly focused on one thing. No, not the bondage or the S&M, though those do play a crucial role in dressing up (or stripping down) the focal-point of this series. Really, Fifty Shades has always been about the fantasy. A handsome billionaire introducing an unremarkable girl to a world of unlimited possibilities is a powerful escape into la la land. Give that billionaire a brooding, dominating personality, and a passion for sexual play to match it, and you’ve got a fantasy that is at the same time lavish and dangerous. It’s no wonder that so many people have been sucked into it.

It’s important to realize that, while this is a powerful escapist fiction, it does not necessarily translate into a good movie. After all, a fantasy can begin and end whenever you want, comforting you when times are bleak, or when you just need to shed the baggage of modern life. Movies have to be entertaining for two hours, not just when it suits the movie to be so. In this sense, Fifty Shades Freed fails as a movie. The plot is threadbare, bordering on nonexistent, and there’s a distinct lack of interesting characters and moments that make this outing feel like a hazy daydream rather than a real story. It’s pure fantasy, and not particularly well-written fantasy either.

Fifty Shades Freed begins where Fifty Shades Darker left off. Christian Grey and Anastasia Steele are married, right off the bat, and begin their honeymoon by doing exactly what they were doing before: traveling to exotic locales and doing fun stuff that none of us peasants will ever get to try. They go to London, they go to France, and we see Anastasia’s underpants (and tits.) However, there is, once again, trouble in paradise. Individuals from the last movie are trying to get their revenge on the Greys, and will stop at nothing to tear them apart. And, amidst all of this frenetic drama, Anastasia receives the news that she’s pregnant. What is our young couple to do? 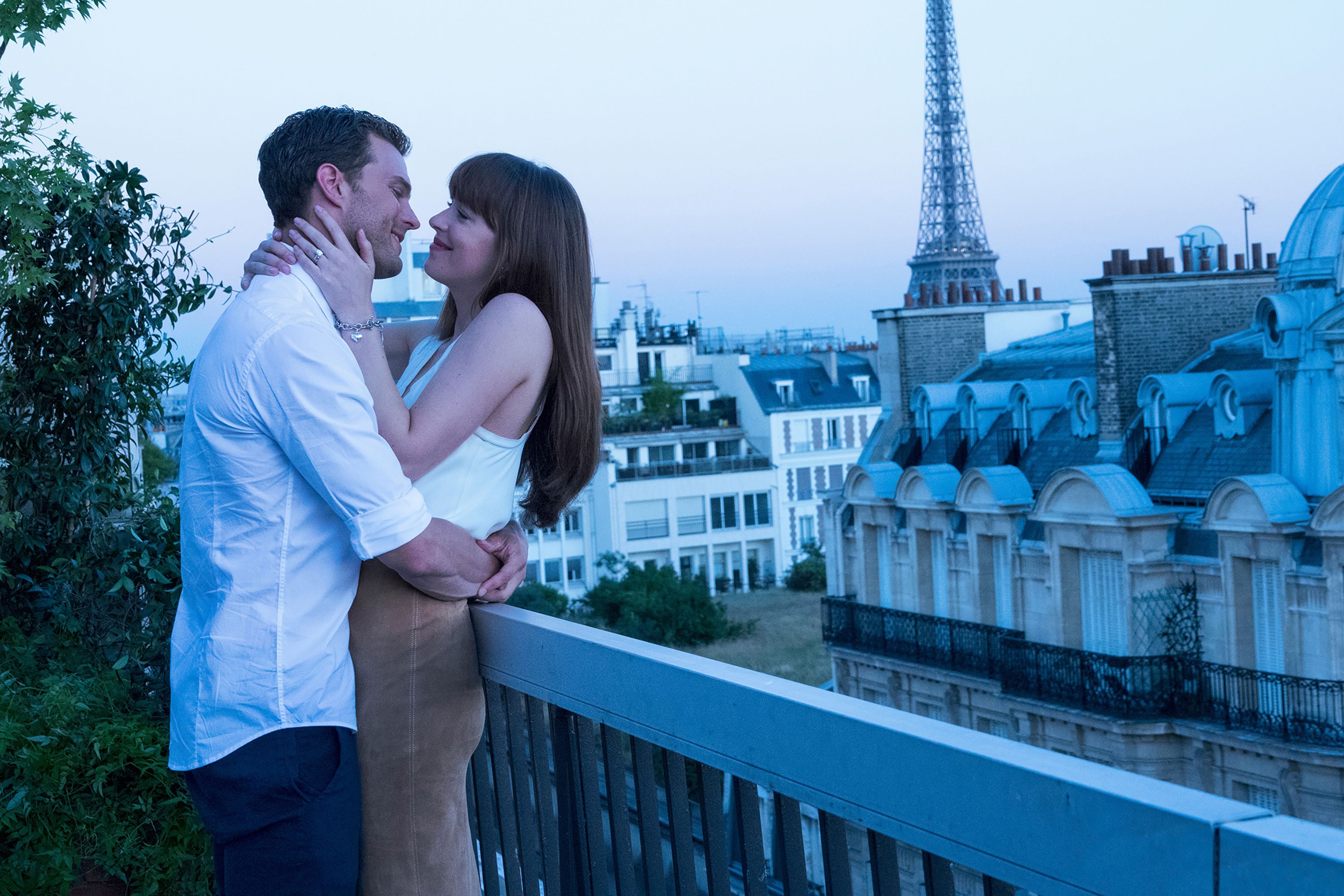 I’ll level with you: that description makes the movie sound a lot more dangerous than it really is, and that’s in large part to how and when the plot is dished out over the course of its runtime. Out of the 105 minute runtime, I estimate that at best, 30 minutes were dedicated to advancing the poor excuse for a plot that Fifty Shades Freed touts. Most of the movie focuses on Anastasia doing fun, rich people things with Christian, while becoming more assertive and in control of her own life. There are several instances where the plot, as if by chance, starts to intrude on the fantasy. Each time, save for the final sequence of events, the movie quickly deals with the plot, and returns to the fantasy life of Mr. and Mrs. Grey. I don’t think it has ever been more apparent in this series how little the story really matters. It is quickly introduced and hastily dealt with, only appearing long enough to make this outing feel thrilling, without taking the viewer out of their comfort zone.

Then, the film returns to its daydream. Mr. and Mrs. Grey have several scenes dedicated to sex and sexual tension, all of which feel pretty safe. It’s all been seen, and it’s all been done, and no amount of licking ice cream off of each other’s pubic hair can change that. It’s entertaining, don’t get me wrong, hell, how can a scene like that not be? But it’s all pretty tame at this point, and so little of the actors gets shown that the whole thing feels pedestrian. 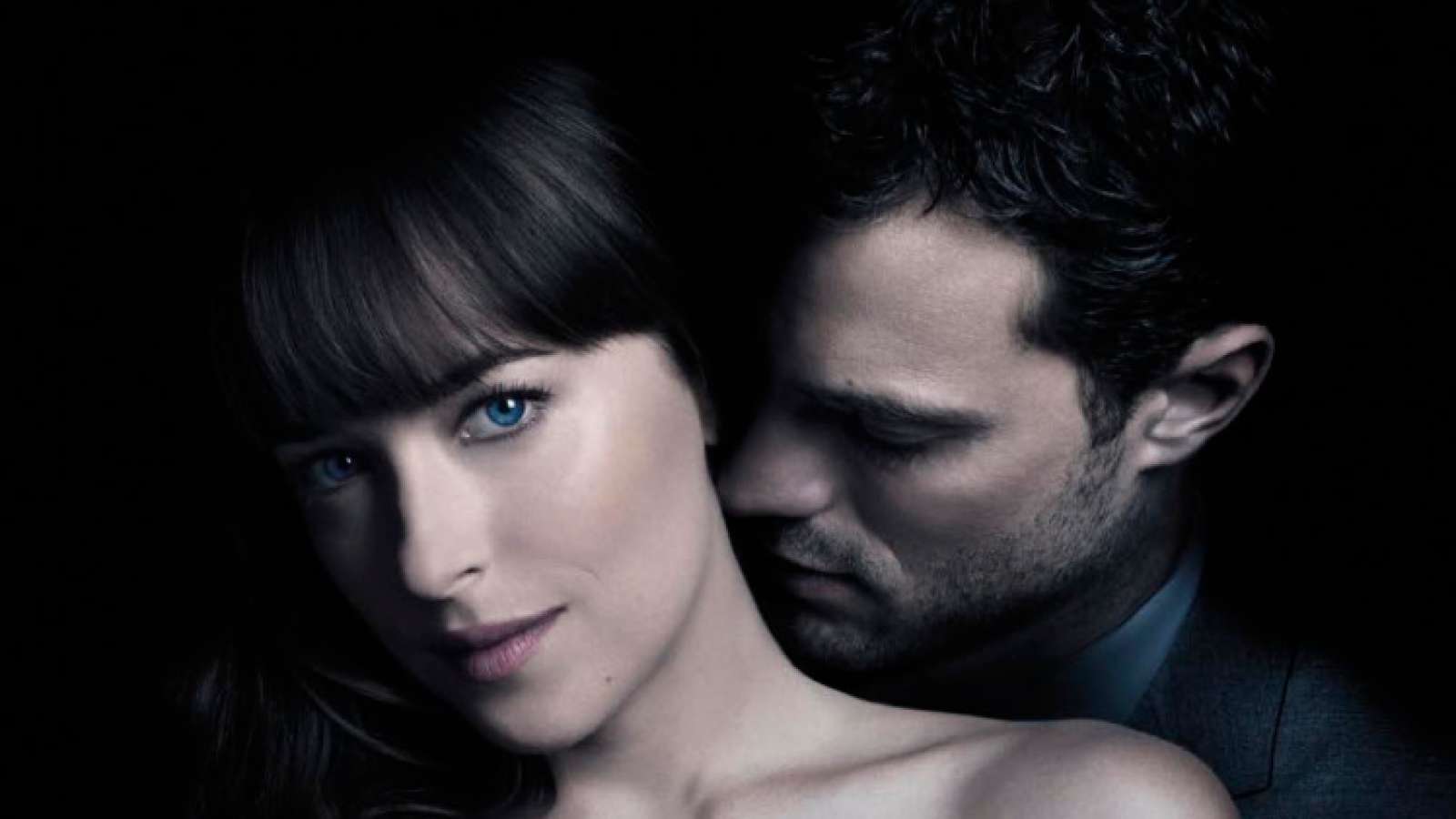 As I’ve been saying, this franchise relies heavily on the fantasy to get people into its theaters. It’s just a shame that everything else feels like an afterthought. There are characters in the movie other than our star couple, but they hardly add anything to the movie besides expository dialogue, and opportunities for Anastasia to ruffle Christian’s feathers. I’ve seen all three films at this point, and for the life of me I can’t remember anyone’s names besides our main characters. The supporting characters are just archetypes of people that would normally inhabit a main character’s life. They are foggy, formless faces in a movie that doesn’t care about them in the slightest. Hell, their plot threads don’t even get resolved! It’s almost sad seeing characters pop into a scene only to be forgotten a moment later, and sadder still if you don’t enjoy this type of escapism.

I will say this, however. These movies look fantastic. Everything from the sets to the actors to the fleet of Audi’s they rented for this movie lend Fifty Shades Freed that signature feeling of sleek decadence that people keep coming back for. And, even though the plot makes little sense, and comes and goes as it pleases, this movie is at least entertaining from moment to moment. There’s always a beautiful location, a beautiful person, or at least some stupid dialogue or sequence that will at the very least garner a smirk or a chuckle. In that respect, I think Fifty Shades Freed succeeds. 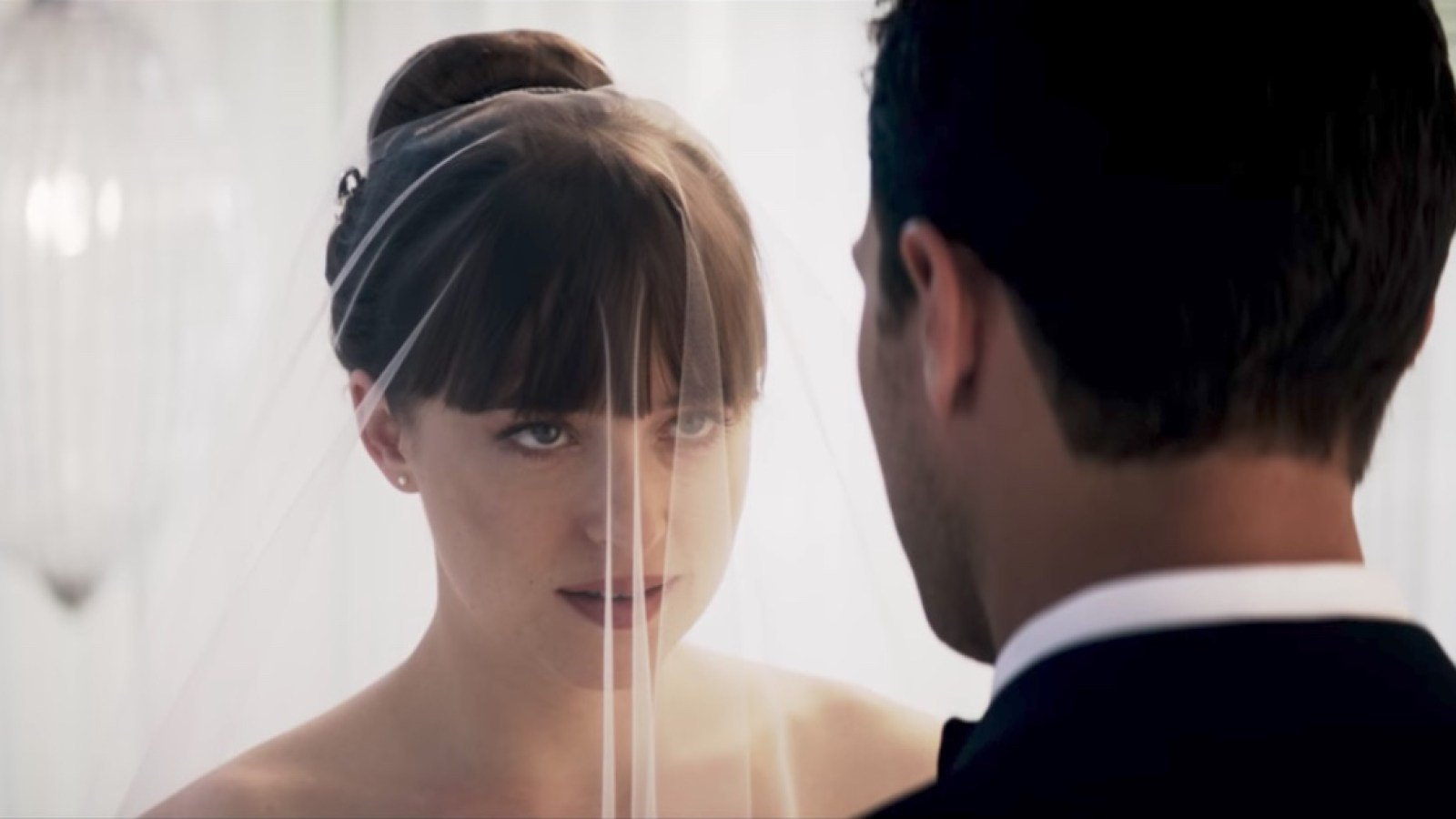 But it doesn’t succeed as a movie. Very little of the plot makes sense when it’s around, the dialogue is either bad or clichéd in every scene, and the fantasy wears thin when there isn’t enough structure to support it. I could go on, but I’ll sum up by saying this: Fifty Shades Freed is exactly what you thought it would be.