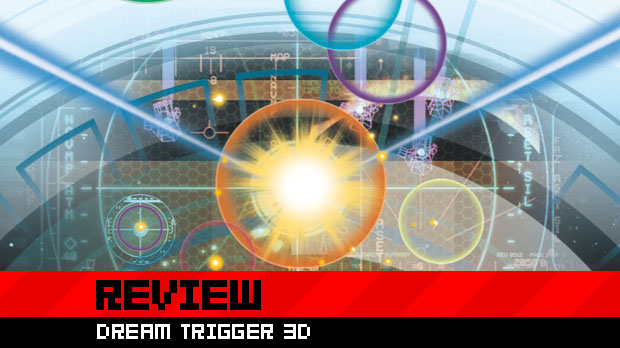 When I first started playing Dream Trigger 3D, I despised it with every fiber of my being. It was chaotic and confusing, with controls that didn’t make sense and a tutorial that does nothing to explain how one is supposed to play.

After spending a fair few hours with the game, all of the above is still true, but now I like the game. It’s always weird when that happens. 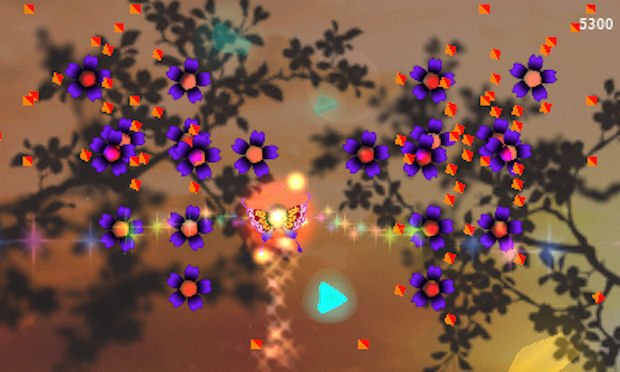 Dream Trigger 3D is a fairly unique combat game that will do absolutely nothing to help the player understand its unorthodox style. I believe I died within ten seconds when I attempted to play the game for the first time. It felt brutal and uncompromising, but now I can blast through stages quite easily. You just have to let the game “click” and it all falls into place.

You move a character around the top screen using the analog nub and shoot with one of the shoulder buttons. It is important to note that you’re invincible while shooting, which is crucial Intel when the bullets — presented as small red squares — start flooding the screen.

Enemies on the top screen are invisible, seen only as vague white spheres. In order to get them to physically manifest in the arena, you have to draw the stylus across the bottom screen and let a sonar wave move across your marked areas to send out a “ping.” Any enemies caught by the ping are forced into visibility and can be destroyed. You may only shoot while you have energy, but energy is replenished by each ping that that gets cleared. 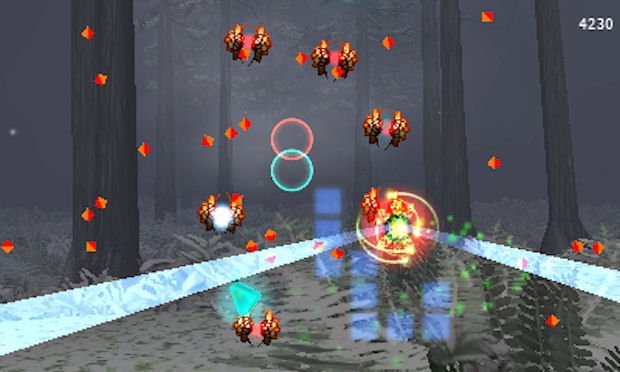 Dream Trigger 3D comes across as the bastard child of Rez and Lumines, with influences from both games clearly visible throughout. The main trouble with the game is that it is not designed to work with the way in which a human being processes information and physically interacts with a gaming device. This, as one might expect, presents something of an issue.

For a start, having to concentrate on the bottom and top screen at once is, quite frankly, impossible. It cannot be done unless you are a human/chameleon hybrid. At first, it’s tempting to try and flit between the top and bottom, laying precise traps on the touchscreen to expose the enemy on top. This doesn’t work, however, as you will soak up damage the moment you take your eyes off the action. What you need to do is just “spam” the bottom screen with your stylus, slapping down as many potential pings as possible and hoping for the best. It’s not precise, but it will do the trick.

To call the game a “shooter” is rather misleading, too. You don’t really shoot anything. Enemies are killed by pressing the fire button and then moving the player character over enemies. Don’t expect to be doing any shooting in this so-called shooter. 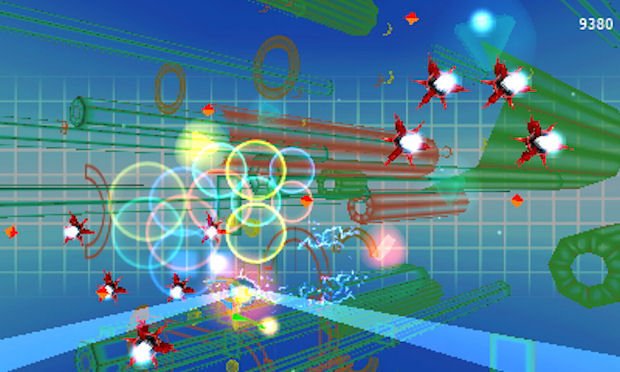 Once the player gets used to the information overload and learns to block out half of it, Dream Trigger 3D is actually quite an easy game, but that is not to say it’s unsatisfying. It’s rather cool to get into the flow of the experience, spamming the bottom screen, then taking out the creatures that appear. Successfully exposing an entire squad in one swift move always feels like an accomplishment, and there’s plenty of opportunity to replay the game and acquire higher scores.

Each level ends with a mid-boss right. Mid-bosses need to be pinged a considerable amount of times before their health meters appear, at which points they can be drained of life by holding down and fire remaining over them while they attempt to avoid damage. Full boss stages are unlocked during the course of play, and require similar tactics, albeit with a lot more danger involved.

The game’s main mode boasts a considerable amount of levels, although navigating the world map is a chore. In order to access any level, you have to manual move through each stage between it and your current location, using a combination of face buttons and analog movement. You’ll need to switch to your stylus to actually open a stage, however. I don’t know why the developers didn’t just stick to one control method when navigating the sprawling world map, but it’s time consuming and cumbersome in its current incarnation. 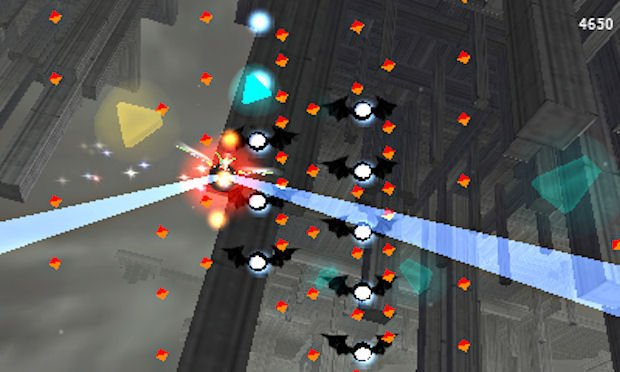 Be aware that the game can get fairly repetitive as well. Once a few levels have been played, it becomes clear that there are only so many enemy patterns, and encounters begin to feel rather samey. It certainly remains fun, but after a while, I’d expect a fair few players to lose interest, especially since the difficulty barely seems to change once the controls have been mastered.

By far the biggest issue, however, is that Dream Trigger 3D isn’t very comfortable to play for too long. With a thumb on the movement nub, a finger on the shoulder button, and a hand constantly dragging the stylus, there’s no way to hold the 3DS without turning your hands into a pair of twisted claws. You’ll look and feel like a victim of crippling arthritis before too long, and this is made worse by the fact that the face buttons also have uses — be they as fire buttons or HUD removers — and it’s easy to accidentally press them while holding the 3DS like a little disabled boy.

Dream Trigger 3D is a visually stimulating game, at least, and the music isn’t too bad either. Here, the inspiration from Rez is most obvious, with abstract, stylish imagery and techno beats working with the gameplay to create a cool audio-visual treat. If nothing else, the game provides a rather pretty distraction and makes full use of Nintendo’s 3D gimmickry to create something graphically striking. 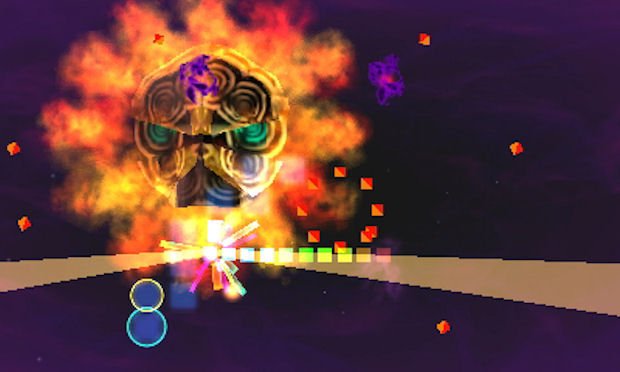 This is a game that is hard to recommend to many players, but those with a taste for the odd and an ability to forgive rather bizarre design flaws will find a good little game hidden under a film of potential inaccessibility. Enjoyment of the game requires no small amount of work from players, who will need to bash their heads repeatedly against it before breaking through. For many of you, I can’t say you’ll find anything of worth on the other side. For some of you, however, the effort will be fairly rewarded.