Dragon Ball Z represents some of the best and worst aspects of serialized anime. There is an abundance of clever, funny, and charming characters along with some fantastic art and intense scenarios. Then there are the repeated animation frames, the pointless filler arcs, and drawn-out conclusions to sagas. It can be painful to watch, in parts, but it still remains one of the most influential pieces of Japanese animation in the world.

The video games, on the other hand, range from outright terrible to pretty decent. There have been a few standout titles, but most of the games that Bandai Namco puts out tend to play it safe and cram in a bunch of fan service in a vain attempt to distract from the repetitive gameplay.

Dragon Ball Fusions is one of the first to do away with the old storylines and it almost works, but often stumbles. 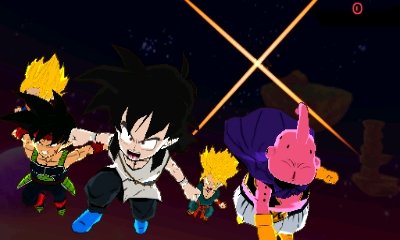 The story of Dragon Ball Fusions follows you and your friend, Pinich, on a journey to find the most powerful warrior in the universe. After retrieving all of the Dragon Balls and wishing to discover who the strongest warrior is, a timespace warp sucks both of you into an alternate dimension.

Much like the Xenoverse games, Dragon Ball Fusions starts by having you create a character. You get a selection of five different races from the franchise, each having pros and cons to their fighting styles. Earthlings are the most basic characters while Saiyans have a specialty in ki powers. The choice won’t matter too much, as the game is basically a full-scale JRPG.

Yes, similar to The Legacy of Goku, you’ll be doing battle and earning experience to level up your character throughout the story. Unlike most JRPGs, the combat is a mixture between a turn-based system, an action RPG, and billiards. It sounds confusing and starts off somewhat overwhelming, but eventually you get the hang of everything.

Each battle takes place in some kind of arena, be it circular, square, or narrow. Your team, which eventually consists of five characters, has a choice between melee, ki, and special moves to do damage against your opponents. Some of these moves allow you to maneuver around the arena and others automatically propel you towards your opponent. If you attack with enough force, you can knock opponents out of the arena and interrupt their turns.

There is a scale on the bottom of the screen which indicates when the next player is going. This is fairly reminiscent of Final Fantasy IV, employing an active time battle system. Some of your techniques can stun opponents or outright reset their placement. This isn’t even taking into account how the system works off of a rock/paper/scissors design, with each character being specialized under Power, Speed, or Technique and countering one another.

When performing melee attacks, you can attack from one of eight directions. Your opponent is given a chance to guess where you’ll attack from, which can then block and negate most of the damage. If you guess correctly, you’ll smack them for full damage and sometimes knock them into your teammates, who will then deal extra damage.

Ki moves ignore this guessing game of blocking and opt to directly attack, though they often do far less damage. If your teammates are next to you on the “attack” scale, they’ll join you in a support attack, which can really ruin someone’s day. All in all, it makes for a ridiculously complex battle system that took me by surprise. 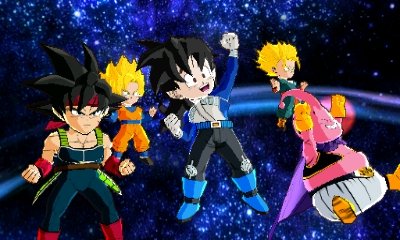 My only complaint, albeit a major one, is that the entire ordeal is too theatrical. Knocking opponents out of the ring triggers a cutscene that shows them crashing through buildings or rocks. I know this is meant to replicate the show, but after seeing it for 15 hours, I wanted to punch through a wall. Even your basic attacks have drawn-out animations, which can make simple battles take around 10 minutes to complete.

That attack scale thing can also get pretty grating, especially when you unleash a devastating attack on an opponent. Depending on the amount of damage you deal, the enemy is given more chances to retaliate (which, I suppose, is fair), but some opponents have an auto-heal attribute, so they end up attacking two or three times before you can counter and often get fully healed.

Along with all of these elements is a fusion system (hence the title). Apart from specific characters from Dragon Ball having pre-determined fusions, you eventually unlock the ability to fuse any two characters together. These are called EX Fusions and contain a lot of hypothetical combinations from the series. 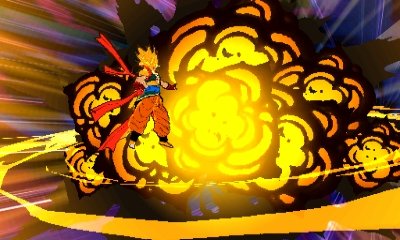 On top of that, during battles, you can fuse all five of your characters together in an Ultra Fusion, which only lasts about 20 seconds and is meant for taking out entire groups of enemies at once. These are ridiculous and exciting, but happen to mostly follow a few designs and don’t offer much variety in terms of combat. There is also a long-winded cutscene before each transformation.

You’ll be able to acquire extra teammates, based on an ultra meter and something called a Zenkai attack. Yes, Dragon Ball Fusions is basically Pokémon with Dragon Ball fighters. During some battles, you’ll notice a star icon below a fighter’s name and after weakening them, if you knock them out with a Zenkai attack, they’ll join your team. You build up your ultra meter by attacking and being attacked, like any fighting game.

There’s a huge number of fighters to acquire, as well, with over 1,000 playable characters. If the damn battles didn’t take so long to conclude, I would have tried harder to get my favorites (Vegeta!!!) on my team, but I just grew tired of the whole ordeal. That isn’t to say this game is bad, but it definitely has pacing issues. 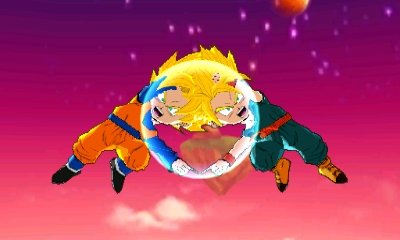 The story is basic and presented in an overly simple manner. Almost everything appears in a text box with some light voiced dialog playing over conversations (in Japanese only). It starts off with basically no motivation to drive the player forward, but eventually ramps up to an insane degree by bringing in Cell and Frieza.

At first, I thought the plot was rehashing the anime in some cutesy style, but then Broly entered and Beerus is featured (from the Battle of Gods film) and I just lost track of what was going on. What happened to finding the strongest fighter? Why am I constantly being interrupted in my travels?

In between these story events is an open world modeled after every vista from Dragon Ball Z. You’ll see all of your favorite locales, including the Capsule Corporation and Goku’s House. You can fly around, with some weird controls, and run into different, random opponents. Most of these can be acquired for your team, though the aforementioned battle lengths make this tedious.

There are a plethora of side missions, but a lot of them focus on having you fly through rings. All I can think of is Superman 64 and I wonder why we’re still getting games so fascinated with 3D movement. It really is not that special to fly around in games anymore, especially not in the Dragon Ball universe. I want to beat people up, but even that aspect is infuriating. 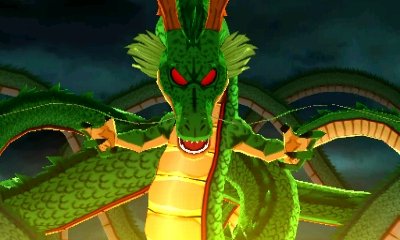 Towards the end of the story, you also have to acquire all seven Dragon Balls. Of course, after finding one, you go into a boss fight and then the game starts changing the rules established in the dozen or so hours before. Now, some enemies need to be defeated at the same time, or you can’t attack opponents until they perform a ki movement, and it sucks. It feels like cheating at the last second to pad the game’s length.

I have to wonder why these variations weren’t peppered in throughout the main campaign? Some of the side missions had them, but a lot of people are not going to deal with those to find out. For that matter, I found a side mission that required me to use a specific attack that I hadn’t learned yet, so I couldn’t clear it until I progressed farther in the story. That just seems like sloppy design.

Also, if you do undertake some side missions, you end up unlocking ridiculously powerful fighters far too early. I found Bardock, Goku’s father, about five hours in and never switched him from my team. He tore up most opponents with single moves and even held his own against the later bosses without a lot of issues. It was great for making the story quicker, but making something easier should be a reward for hard work, not a goal to end the plot faster. 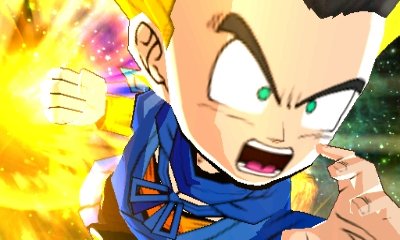 I would love to talk about the multiplayer, but that is limited to local only. The combat can be fun and I bet it would be a blast against a friend, but I doubt I’m going to find anyone who actually owns this game. Having the chance to collect a team of my favorite Dragon Ball characters and face them off sounds like a childhood dream come true, but I suppose it was too much to ask for online support.

At least, graphically, the game is astounding. Even with the 3DS’ low resolution, this looks stunning. There isn’t any 3D, but everything is beautifully rendered and looks like an anime come to life. The game doesn’t have any performance issues, either, so you won’t be getting frustrated due to slowdown.

The amount of fan service is also awesome, even if it doesn’t create a meaningful narrative. Being able to fuse almost everyone and adopting powerful combinations is neat. Teaching them moves from your favorite episodes and watching them wreck shop is a treat. 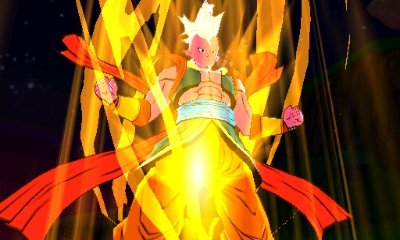 If you do happen to gel with this game, you will not be starved for content. While you can only have one save file, there are over 60 side missions and different hubs to unlock, even if those hubs contain mostly nothing. There are various clothing options, as well, so you can deck your character out in Goku’s gi and Piccolo’s pants.

I just lost a lot of interest partway through. One of reasons I stopped playing JRPGs was because of how bloated they had become. A lot of classic titles might have put an emphasis on grinding, but their stories were concise and the encounters were always thrilling. Newer games seem to think players actually liked repeating meaningless tasks and fill themselves to the brim with distractions instead of worthwhile content.

Maybe I was expecting too much, but Dragon Ball Fusions reminds me of why I stopped paying much attention to JRPGs. The combat can be fun in spurts, but trying to power through this is an exercise in frustration. Taking a break will just cause you to become lost, so there doesn’t seem to be any happy medium to finishing the story mode. If only the fat were trimmed off this experience, because I’d definitely recommend it to more people. 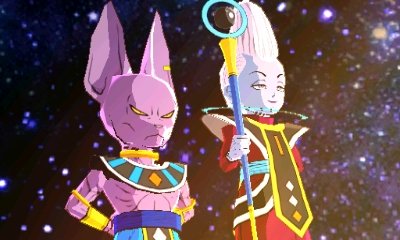 Dragon Ball Fusions is basically for the fans only. If you’re a dedicated follower of Akira Toriyama’s work, then you’ll find a lot to enjoy with this title. It takes some risks and offers a complete compendium of characters from each installment of the anime. It also puts an emphasis on creativity with the fusion system, but lacks focus. I want to love it, but I can’t fathom sitting through that story again.

At least I can fuse Chiaotzu with a Saibaman. Now maybe he won’t be so worthless.