Dragon Age II felt like a great action game that was outsourced to a lesser developer. It lacked the polish BioWare typically puts into its titles, and almost the entire affair felt like a gigantic step back from everything Origins had established. What was once a promising franchise that reminded me of the glory days of RPGs such as Baldur’s Gate became a shadow of its former self, with lazily re-used assets and no sense of scale.

BioWare went back to the drawing board with Inquisition, the third Dragon Age outing, and the game is all the better for it. It feels like a culmination of its predecessors’ strengths, with all of the bells and whistles that come with current-gen hardware. 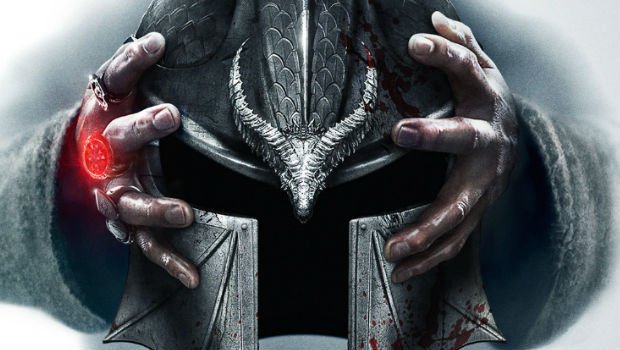 Almost immediately it’s easy to see that Inquisition takes to heart everything BioWare has learned throughout the development cycle of the first two Dragon Age games. Combat has vastly improved since Origins, but now rather than feeling too twitchy like Dragon Age II, it’s a mixture of the two design philosophies and feels just right. Attacks have weight to them, but you can’t just go flying through the air like a ninja and launch a thousand attacks a minute — a style that cheapened any sense of strategy the second game may have had. That tactical feel of Origins is back, and married with the action concepts from DA II.

Said compromise also spills into the core story, which is no longer a small-scale tale of one human’s struggles in a fortress town. While the initial creation process isn’t as detailed as Origins — it doesn’t go all the way down to your socioeconomic status, for instance — it’s a huge upgrade from the previous game. You can choose from a pool of human, elf, dwarf, or Qunari races and pick your class from the start, whether it be a dual-wielding or ranged rogue, one- or two-handed warrior, or a mage. I would have liked more race and background options.

The tactical camera is back on all platforms (thank goodness!), and you’ll need to get used to it during some of the tougher encounters. Boss fights and even a lot of world-map encounters are legitimately difficult, and you can’t just slice your way through everything. Skill building isn’t as robust as Origins but there are at least four trees to choose from, all of which have their own set of useful abilities; nothing feels tacked on and everything has a point to it. Customized armor is also back, and again, feels like a mix of the two philosophies. It’s streamlined, but allows you to fundamentally change the look of your party and adds a sense of importance to loot and item progression.

If you’re completely lost at this point in the story or you’re jumping ship to a new platform, Dragon Age Keep has you covered. By logging in to the online tool with an EA account, you can select just about every single detail you wish from the first two games, and apply it to your Inquisition save file. It’s insanely detailed, and an innovative way to span multiple platforms and jump through technical hoops. It takes roughly 30 minutes to get everything settled, and bam! — you’re all caught up.

Inquisition begins with a bam, too. Within five minutes, you’re thrown into a situation involving the zealous Chantry and a worldwide inquisition to stop an encroaching demon threat. Through mysterious circumstances you’ve been given the power to banish rifts and send demons packing, so naturally you’re recruited into the fray and instantly gain some semblance of authority — seeing as you’re the world’s last hope and all.

Of course, much of your power will have to be earned, and you’ll need to grow the inquisition from the ground up. Not everyone, including the infamous Mage and Templar factions, actually respects your authority. You’ll have to prove your worth over the course of the game. It’s a different feel from the Grey Warden-driven narrative of Origins, as there’s an inherent sense of helplessness and confusion that drives your rise to power, which is especially complicated if you play a race that many fear, like the Qunari. 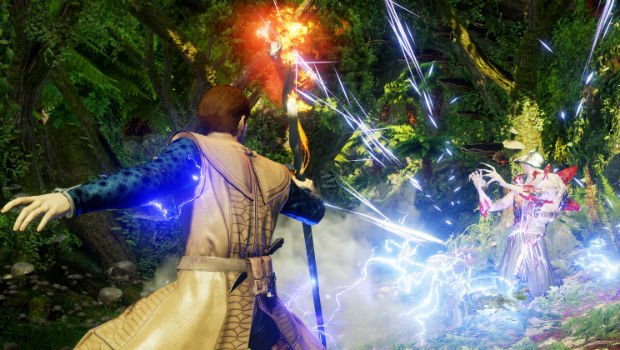 The story itself is by-the-books fantasy and less nuanced than Origins, which can get boring at times if you aren’t keen on going on more exploration treks, but it does the trick. The writing at times can slip depending on the character (Varric and Dorian are always great), and the first few hours in particular can be painful in terms of deliveries and a weak script. But overall it does a great job of world building, and it’s fairly easy to follow throughout. You’ll also get to learn a lot more about the world of Dragon Age in general, as you can roam about both Orlais and Ferelden regions with more freedom than ever before.

What Inquisition nails is that big-picture feel Origins pulled off so well. This isn’t a small-time story you’re playing out; the stakes feel real, and you’ll meet a wide variety of accompanying characters that make the world worth exploring. It helps that Inquisition is a beautiful game, with an impressive engine that boasts long draw distances and a smooth framerate. You can now see the imperfections of certain people, adding more character to them without a word of dialog. The new codex card and lore art style is also mesmerizing, and draws you into reading more about the world of Dragon Age.

But the best part of all is the vast strides BioWare has made in the exploration aspect of the series. Topping even Origins, the new hubs are gigantic, and take hours to completely clear. Progress in the campaign works by gaining “power” points through essentially any action in these hubs, which lets you take on new story missions. It doesn’t feel like a gate considering how open Inquisition is in giving out those points. You can also randomly discover optional dungeons, random world events, and special world bosses. That feeling I get from taking a random party into unknown territory is perfected in Inquisition. 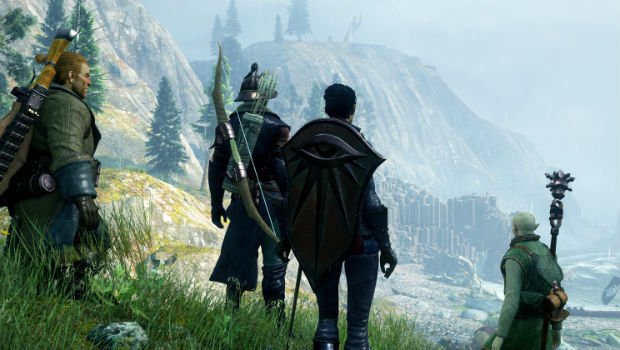 It cannot be overstated how much Inquisition has to offer in terms of side content. It feels like every five minutes you’re stumbling across a new optional quest, along with fresh landmarks to find, camps to set up, shards to locate (that unlock a completely new optional hub zone), animals to poach, resources to gather, puzzles to solve, and more. Better yet, everything contributes to the overall war effort, so you never feel like you’re wasting your time. BioWare claims that you need over 100 hours to complete everything, and based on my experience, that number is accurate.

Multiplayer (yes, multiplayer) is the cherry on top, because nothing in the campaign feels like it was compromised for its addition. In essence, it’s a modified horde mode that operates similar to Uncharted 3‘s co-op sections. Four players will be able to select from a host of classes, each with their own skills and abilities, and play through a miniature dungeon together.

It has that horde feel in terms of fighting wave after wave of enemies, but each stage is an adventure complete with multiple paths, loot to gather, and special doors that can only be opened by certain classes. In that sense, it’s not your typical boring “kill kill kill” mode. You’ll have a chance to level up each class, earn new gear, and in turn unlock completely new classes down the line. Mechanics like the specialized doors and the simple fact that different roles will grant different advantages will encourage you to experiment outside of your comfort zone. 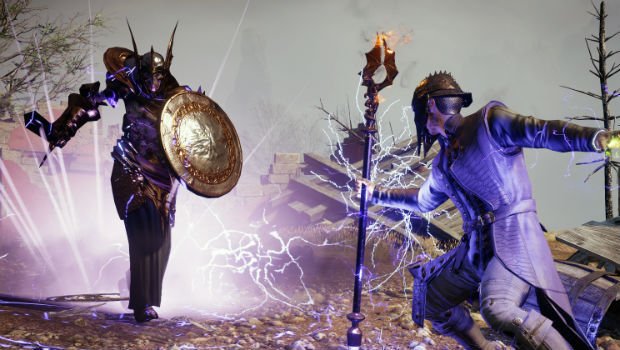 There are three difficulty levels in tow, and if you’re up to the challenge you can play with less than four people per run or even go at it solo, but to my knowledge it doesn’t scale, so it’ll just end up being more difficult. For those of you who are worried, multiplayer does not affect the campaign in any way. There’s no silly “play multiplayer to help the galactic front!” nonsense like in Mass Effect 3 — they are completely separate entities, and you can enjoy one without even touching the other. There is a microtransaction system, but much like Mass Effect 3 I didn’t feel compelled to use it. None of this spills over into the campaign, either.

Dragon Age: Inquisition not only feels like a fully fledged role-playing adventure, but it’s also packed with fun things to do that will keep you busy for weeks. Having played well over 100 hours, I’m still finding things to do, working on my multiplayer characters, and plotting another playthrough to handle things a bit differently. Inquisition is a triumph and proves that despite some missteps along the way, BioWare hasn’t lost its touch.