When I heard that developer h.a.n.d. (which is mostly known for ports or collaborative projects) was creating a game similar to Animal Crossing with the Disney license, I was skeptical. Although there was a time when Harvest Moon and Rune Factory were still household names (both have seen 3DS releases), and many other simulator games were at the top of the pack, Animal Crossing is kind of the de facto king right now.

But when I heard that Nintendo would be publishing Disney Magical World in the US, I perked up a bit. There must be something there, right? 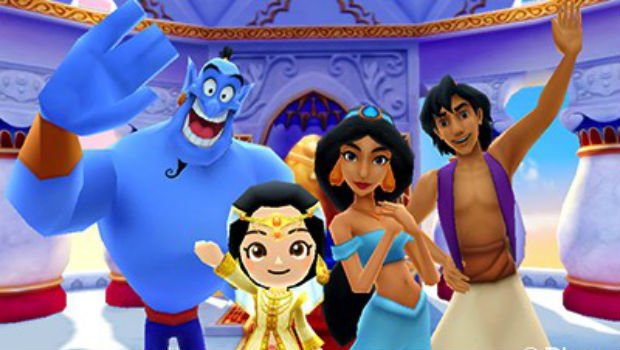 Truth be told, Disney Magical World borrows many elements from Animal Crossing, but it also does a few other things better to create another experience entirely. At the start, you’ll have the opportunity to create a new Mii or use an existing one, and embark upon an adventure with Mickey and crew. Similar to Animal Crossing there is a hub world, but it’s more static in nature, and more of a wheel with many spokes leading to various activities.

Slowly but surely you’ll go through a number of tutorial quests to earn stickers, which in turn unlock more and more locations and activities. At first you’ll simply run around and greet the town’s residents, then you’ll move into fetching items for them, and opening up cosmetic and item shops. You’ll have plenty of activities to play around with too, like managing your own cafe for cash, locating new crafting recipes and costumes, fighting enemies, catching fish, or farming.

Of particular note is the combat element, which is delivered in the form of short-term dungeon crawls that lack any tactical nuance, but are still good fun. You’ll also have elements of the rhythm genre thrown in for good measure — yep, there’s a lot of variety here. You can also engage in multiplayer, which is basically limited to visiting your friend’s cafes and checking up on their affairs. You’ll net special items for connecting with people, either online or via StreetPass. There’s also talk of collectible AR item cards, but those weren’t available at the time of this writing.

Gameplay-wise one of the only major disappointments is the framerate. Even with the 3D turned off, I encountered a particularly low framerate while running around the hub world. It doesn’t feel unplayable or seriously sluggish, but it can get old from time to time as you’re doing errands from one side of the city to the other. Otherwise, the visuals are perfectly suited for the game, and h.a.n.d. did a great job of capturing that Disney feel and integrating the Mii system.

What I really like about Magical World is that it doesn’t gate progress for the most part. What I mean by that is in Animal Crossing or a few other simulators, some activities require you to wait hours, or even days before certain objectives are met or structures are built. It can really put a damper on things, and I know a lot of people who don’t really enjoy how slow some of those games are to start.

But once it demonstrates the basics, you can play Magical World basically as long as you want, continuing to unlock activities, events, and of course — stickers. There’s no real point to the proceedings either, nor is there any villain to foil or any macro-level main “goal.” You’re kind of just living in a town with some Disney characters, and you can have dinner with them, shop with them, and generally just interact with them. In other words, it’s more of a life simulator in the purist sense. 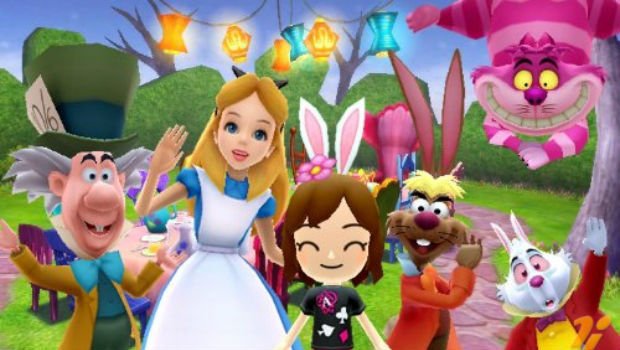 That’s the theme of Magical World — simplicity. There are no secret times you need to get to a club to hear a certain song, no special residents that will only grant you a rare item on a certain hour of a certain day (there is a clock, but its effects are mostly aesthetic). For those of you who like min/maxing turnip prices and the like, you won’t scratch that same itch here. It’s not like that’s a bad thing in my book — I think an increased amount of accessibility is great — just be wary that it can affect the game’s longevity.

I enjoyed my initial time spent with Disney Magical World, and I’ll continue to play it on occasion to see what I unlock next. If you have a child or a friend who loves Disney and just can’t get into simulators, this is their gateway, but I have a feeling that a lot of hardcore fans won’t really get their money’s worth.