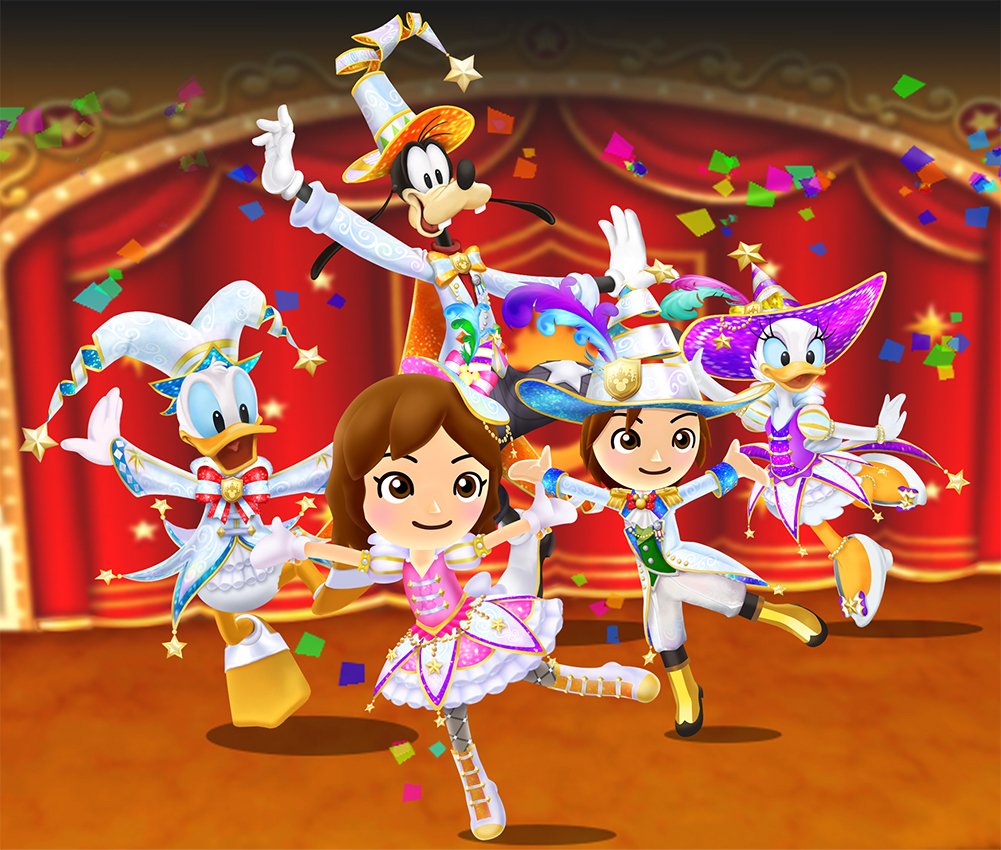 For the last three weeks I’ve been on a deep dive with Disney Magical World 2 for the Nintendo 3DS. I’ve been dressing up in frilly outfits, interacting with cartoonish renditions of popular Disney characters, and running the world’s most stuttering cafe. The game came at a perfect time for me: with the negative election coming to its crescendo, it was nice to have some pleasant, positive escapism I could disappear into for hours at a time.

Now that the election is over, I’m don’t think I’m ready to leave this wondrous world behind. 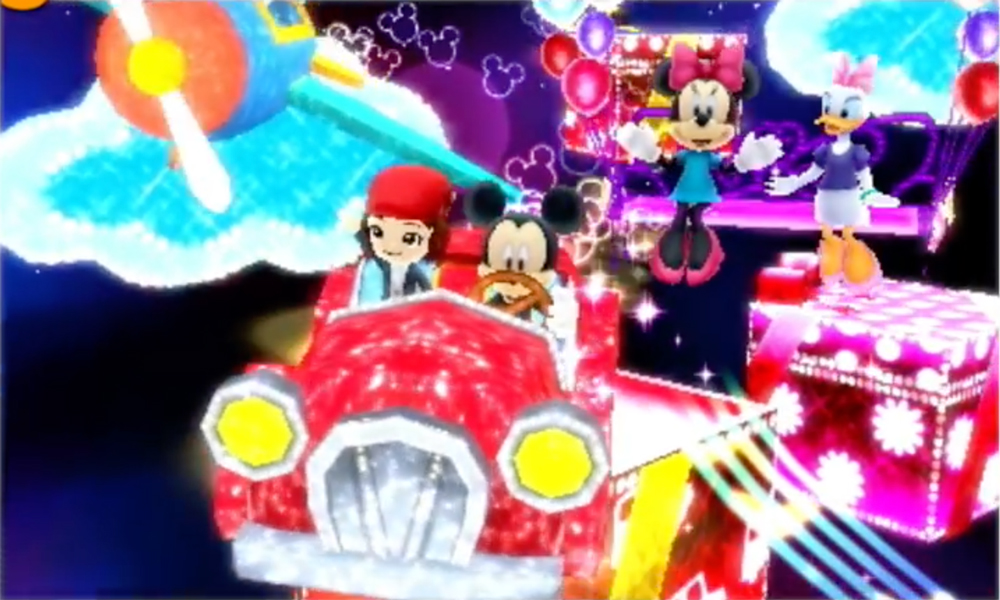 Castleton has a problem and that problem is ghosts. Spirits have been causing a row and it’s up to you and your magical powers to stop them across several different Disney-themed lands. That’s all Disney Magical World 2 gives you to invest yourself in its world and that’s really all it needs.

As a game in the same vein as Animal Crossing, Magical World 2 really isn’t about the story, but about immersing yourself in its community of colorful characters, something that is easy to do when there are as many recognizable faces as you’ll find here. There are dozens, and while I didn’t have the same affinity towards some as I did others (who cares about the rock trolls from Frozen?), those who are prominent in the story did tickle the part of my brain that remains the property of The Walt Disney Company.

The start of the game, after you’ve created your character or selected a Mii, is a slow one. My girl Lucy was brought to town and slowly introduced to many of the gameplay elements over a two-hour span. The intro just covers the basics, and many facets remain closed off until well past the 12-hour mark. Unlike Animal Crossing, there isn’t really a time restriction to worry about. Certain products appear at certain times, yes, but you can power through most of it on your own terms. For those items that are behind a time limit, you’re given a liberal amount of time to pick them up.

The basics here are running your cafe, fighting ghosts, completing fetch quests, gathering materials, changing clothes, and crafting. That’s the meat of the game with most tasks carried over throughout the six different Disney worlds you’ll explore. There are other activities to enjoy as well, including surfing in Hawaii with Lilo and Stitch, farming in the Hundred Acre Wood, and breaking rocks in a rhythm game with the Seven Dwarves. Don’t expect a challenge from any of these mini-games. Disney Magical World 2 is aimed at young kids and the lack of difficulty reflects that.

It’s a good variety, though the activity you’ll partake in the most is crafting. Many episodes/missions require you to wear a specific outfit and other residents will ask you to model clothes. The process of gathering and crafting is expansive, and I often found myself with requests for items I couldn’t fill because the object I needed to make a specific outfit wasn’t available for another six or seven episodes.

Management of your items, as well as tasks, requests, pictures, and stickers could be better handled. It’s not refined and it was common for me to have to sort through several screens until I found exactly what I was looking for.

One of the big complaints about the first game was the terrible frame rate. That hasn’t been fixed here. Even on my New Nintendo 3DS, the frame rate would fluctuate wildly as I traveled across a single screen. In combat with the ghosts, it actually wasn’t that big of an issue, but in Castleton, it absolutely blemished the otherwise lovely graphics and art direction. Seeing the town during Halloween was a particular delight and I can’t wait to see what it looks like at Christmas. 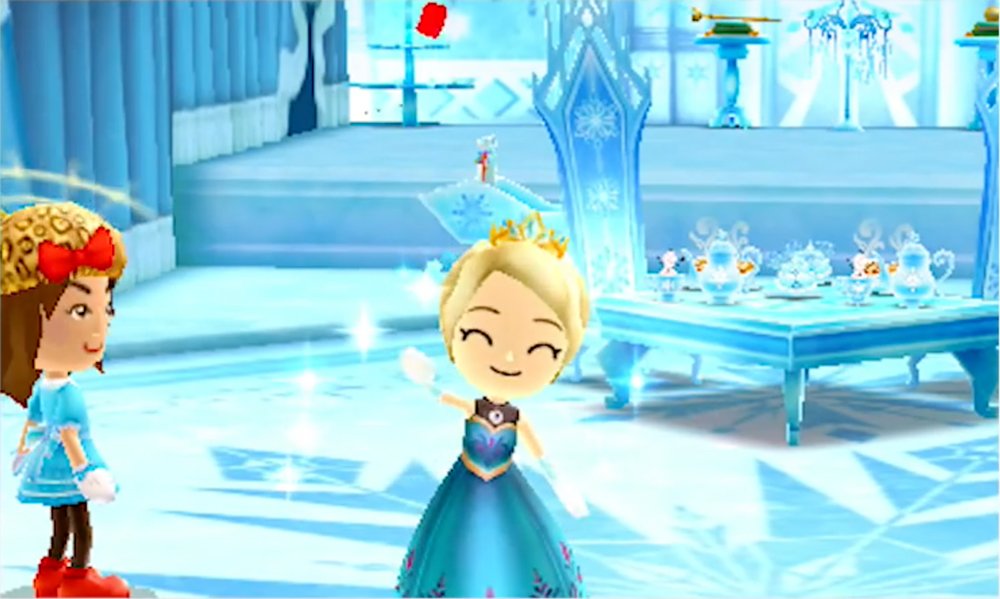 After spending so many hours with my eyes glued to the screen, I couldn’t help but connect with the long-lost child hidden deep inside my soul. As a young boy, I loved nothing more than going to Disneyland with the family, seeing the characters, going on rides, and everything else that comes with visiting the happiest place on Earth. Disney Magical World 2 was somehow able to recreate the feeling of that experience, replacing rides with mini-games, character autographs with photo-ops, and standing in line to try some park food with running my own cafe that serves up Mickey-head-shaped snacks. It’s different from what I experienced in the past, but also entirely familiar and comforting.

Disney Magical World 2 feels like an intro class into video gaming. There’s a little bit of everything here, all of it aimed at younger, inexperienced gamers. For an old crust like me, it’s easy to point out its flaws with the frame rate, inventory management, excess of load screens, and simplicity, but I don’t think that will matter to younger players. And after helping plan a most wonderful party for the residents of the Hundred Acre Wood, it really didn’t matter to me either.