In space, no one can hear you plant

When I first played Cosmochoria at PAX, I had to be pulled away from the demo station because of an appointment. The game’s blend of calming gardening mixed with tower defense and space spelunking really jived with me. As I left, developer Nate Schmold gave me a mysterious set of real seeds in a bag.

I planted those seeds, and this is what they look like now. I still have no idea what they are. I do have a good idea as to what the game is, though. 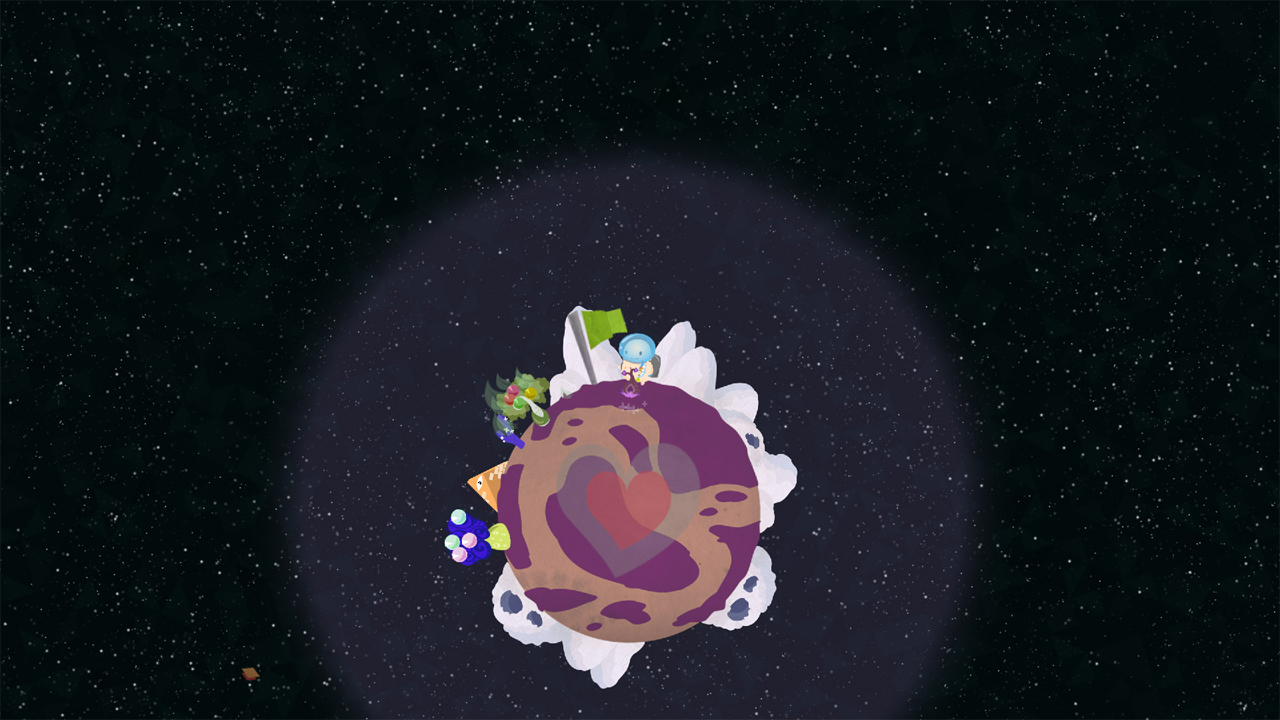 When Cosmochoria begins, the player is plopped into an unknown point in space with a few seeds and a gun. From there, they are tasked with restoring planets using seeds to bring some color and harmony back to the universe. Along the way, the player uncovers secrets about the history of the universe and destroys some evil beasts that come to ruin the party. The backstory isn’t exactly rich with details or particularly interesting, but it does help build the universe.

The game is a bit of a mix between a tower defense and a twin-stick shooter. It’s a very unique combination, and honestly I’m not sure that description does it much justice. As the player flies around to different planets, they must plant seeds to restore the planet back to life. The bigger the planet, the more seeds needed. A player must first tend to the seed to plant it, which makes them immobile for a short time. Then, it takes some time for the seed to fully bloom. Once a seed blooms, it drops more seeds for exponential seed gains (players will never run out of seeds).

After enough seeds have bloomed on a planet, it becomes restored! This does two things: the planet now has a “health pool” that it can transfer to the player to heal them up, and it brings the game one step closer to the next boss fight. The latter is not explicitly stated, but from my experience is true.

Naturally, enemies come to chop off the player’s green thumb. Luckily, the player can use a resource called Bricks to create towers and defend the planets. In addition, there’s always the trusty gun to ward off foes. Ammo is unlimited, but Bricks are not. Bricks are occasionally dropped by enemies and are far scarcer resource than seeds. Towers are the standard fare of rapid-fire, fireballs, shields, and close-ranged.

While playing, I heavily favored gunplay over towers, especially once I unlocked the shotgun. When I was building towers, it was generally because I felt guilty for having so many Bricks saved up or because I expected a boss fight to break out.

The bosses are quite the mixed bag. A handful of them act in very similar ways, but the game does change them up often enough to keep the players on their toes. Towards the mid-point of the game, I had no idea what to expect from any upcoming boss fight. In some cases towers were quite useful, whereas in others they were borderline useless. The final boss fight, while fittingly grand in scale, can be confusing because it forces the player to use a weapon they may have never tried before. For anyone stuck like I was: your weapon during the final boss fight can be charged, so charge it.

The common enemies have interesting behaviors, but there are not enough different types. Towards the latter half, everything starts to feel like it’s on auto-pilot. Plant seeds, kill the same enemies, move on. It got to the point where I could predict what was going to happen and when. Enemy spawning felt way too formulaic instead of being organic.

Cosmochoria is not meant to be completed in a single life, but it isn’t what would be considered a “rogulike,” “roguelite,” or even a “rogue-lighter-that-lite.” Killing foes rewards red crystals, which can be used in between playthroughs to purchase upgrades. Things like life, speed, starting seeds, and new weapons can all be purchased and have various prices. 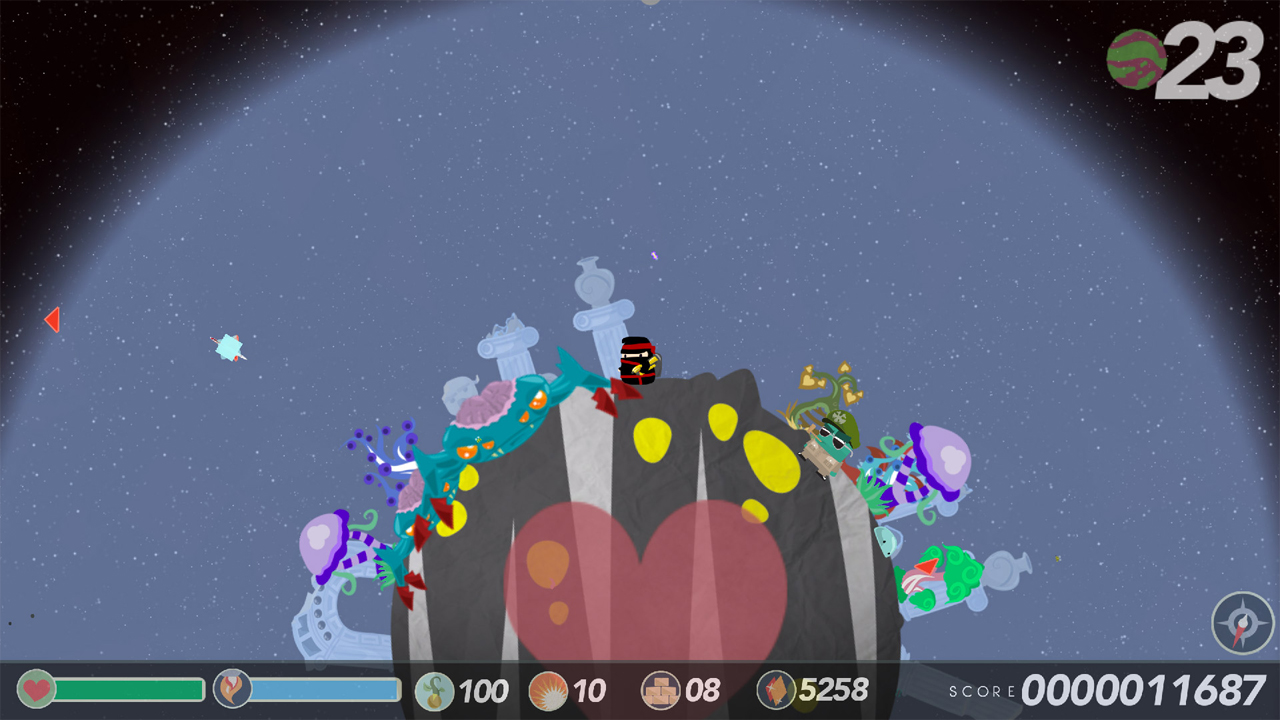 While it is probably technically possible to complete the game with the starting stats and equipment, it’s very unlikely. Plus, it would be a slow and painful process. The increase in efficiency after getting a new weapon is huge and dramatically improves the experience. The early-goings can get a bit dull, since even a skilled player has to take their time killing enemies and bosses at the slow pace the starting weapon achieves. My second run lasted for a couple of hours, but I didn’t make tremendous progress.

New characters can also be unlocked, but not through spending crystals. They need to be found, usually through completing mini-objectives, during the game. They do have slight differences. For example, the ninja character becomes intangible while planting seeds. This is an incredibly neat mechanic, though enemies still know where the player is and will often just hover above and hurt them as soon as they become tangible again. Regardless, it still has its uses and is better than the starting character (but not as naked).

In addition to upgrades, players can find artifacts to modify the way the game is played. The modifiers vary wildly in what they do and are completely optional. Some make the game harder, like only refilling jetpack fuel with kills, while others do the opposite, like removing certain types of enemies completely. It’s a great way to spice up the core gameplay with mini-objectives of finding artifacts and to customize Cosmochoria to the player’s liking. 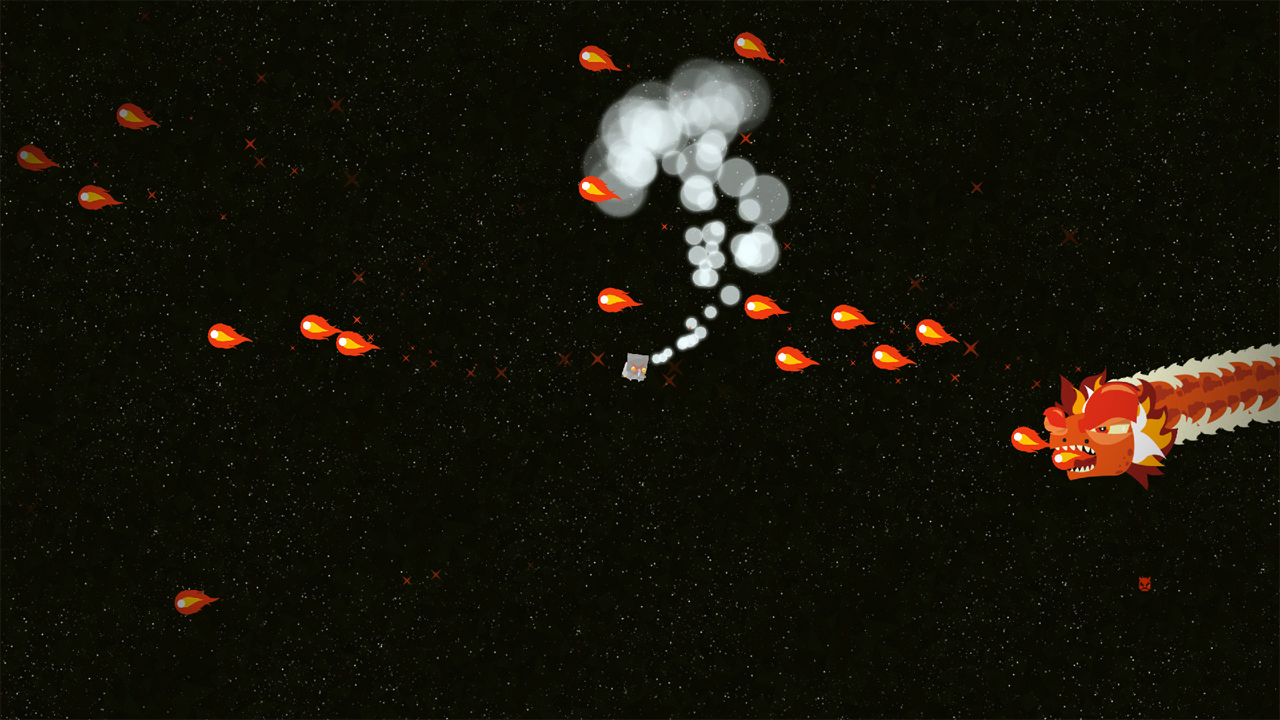 The game saves the player’s progress after each boss fight, though towers and location of planets do not stay between lives. The amount of planets restored is saved, but they are in different locations and different sizes. In addition, all planted towers are removed between lives, which further discouraged me from planting them in the first place.

The art and music are both wonderful, making the time spent in Cosmochoria memorable. The art is downright adorable in every way. Colors pop, which has a huge impact when restoring planets. Players can really see their progress in that regard. What once was a drab and lifeless husk of a planet becomes a bountiful and beautiful one,giving the player a real sense of accomplishment.

Cosmochoria is a great way to explore space, but falls short in some aspects of its design. The core mechanics are great, but the latter half feels too repetitive, and there’s not much real incentive to replay the game, despite there being many new things to uncover. It is certainly worth the time invested into it, though it may not have players screaming for more.