The real crime is all those subtitles!

When Cing closed its doors in 2010, it was pretty devastating. It was a great developer, using Nintendo’s gimmicks without distracting the player from well-written, heartfelt stories. Its best work will always be the Kyle Hyde mysteries – Hotel Dusk: Room 215 and Last Window: The Secret of Cape West – which still remain, in my mind at least, the purest representation of neo-noir in video games.

So it was actually a joy to see Kaisuke Tanasaki, director of Hotel Dusk, along with several key Cing alumi, come in from the wild with a new melancholic crime drama. But even with my expectations in check, this latest adventure – in which two Japanese detectives dig up past crimes – felt a little off. It was time to investigate why. 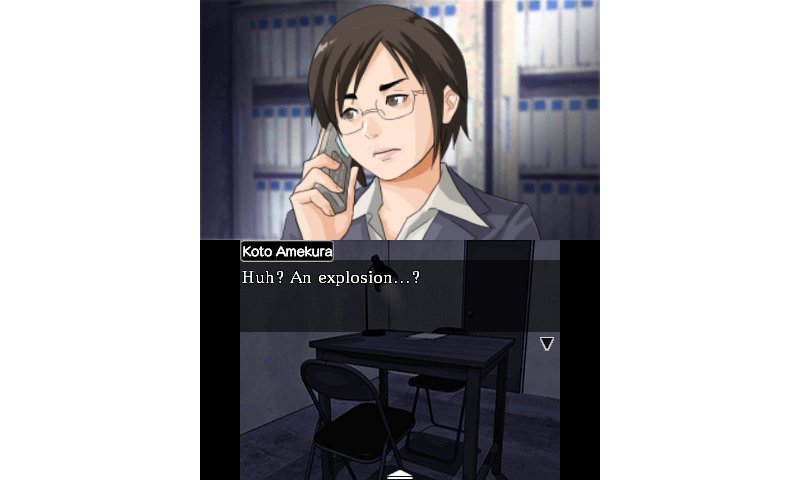 Five years ago, an explosion at Ryokudou Hospital left one of its janitors dead. It seemed like an accident, but in the present, an anonymous tip to Tokyo Police’s Cold Case Unit suggests otherwise. The brilliant yet lazy Shounosuke Nanase is reluctant to investigate, preferring the quiet of his office, but his idealistic partner, Koto Amekura, makes it her mission to find the truth. Together, the mismatched pair must solve a forgotten mystery, using nothing more than hazy recollections, crime scene photographs, and the trappings of guilt and regret.

Those expecting the layered characterisations and complex mysteries of Hotel Dusk, Last Window, and even Another Code, will almost certainly be disappointed with Chase. It’s a pared-down affair, hampered by a clear lack of time and budget, with only one case to solve and the action confined to the CCU office and an interview room. All in all, Chase plays out like the opening trial of a Phoenix Wright game – a simple taster designed to ease you into the bigger picture – only it never arrives. Instead, the story ends on a cliffhanger, one that undoes a lot of your hard-earned effort.

But despite such simplicity and briefness, Chase does have that old Cing charm about it; especially from its two leads. Nanase and Amekura’s snappy exchanges are the crux of Chase‘s themes, as one acts as the brain and the other as the heart. Nanase is instantly likable as this laconic sly fox, a detective who wants all the facts on his desk but none of the legwork that goes with it. Though he might be the fan favourite, Amekura provides a much-needed foil to his cynical approach to police work; a career cop wanting to be noticed, but impulsive to a fault. Together, they make a great partnership, and by the end of the story, you really want to see more of them.

Chase’s supporting cast manage to hold their own, even if they’re not particularly complex. They, too, have their moments of heartbreak and revelations, with the past being this frustrating concept, full of loss. For the most part, their statements are pure cop show fodder, but you do get a surprisingly deep moment or two, like when Nanase tells a withdrawn suspect how the dead can’t meet new people, but their memories can. 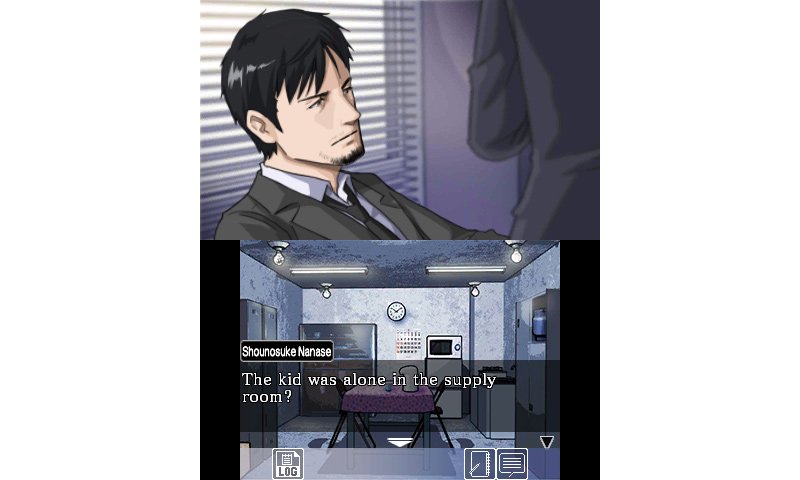 Dialogue is Chase‘s greatest strength, though it clearly had to be with the lack of budget on display. Curiously for a 3DS game, there’s no 3D to be found. In it is all flat, moody backdrops, static images, and flash animation. The latter sounds disappointing, but thanks to some great character art that calls back to Cing’s better days and some expressive close-ups, it’s solid work. Even the Casio keyboard jazz of Hotel Dusk/Last Window makes a welcome return, lending much-needed tension in otherwise sterile environments.

Chase does what it can with the little it has to go on, but the game’s lack of ingenuity is startlingly clear. Every game day, Nanase and Amekura question a suspect using information they’ve gathered beforehand, and all that’s required of you is a good memory of their conversation and some common sense. Listen to a conversation, make multiple-choice decisions, rinse and repeat until the credits roll.

Questions are usually split 50/50, but getting one wrong means losing HP on an interrogation meter. There’s a generous save system that renders the whole thing moot, but much like Phoenix Wright, it’s generally player’s choice. Unlike its contemporary, Chase lacks an inventory/evidence system. On one hand, it cuts out those frustrating “thinking ahead of the developer” moments, but on the other, it reduces what little challenge the game has to offer. 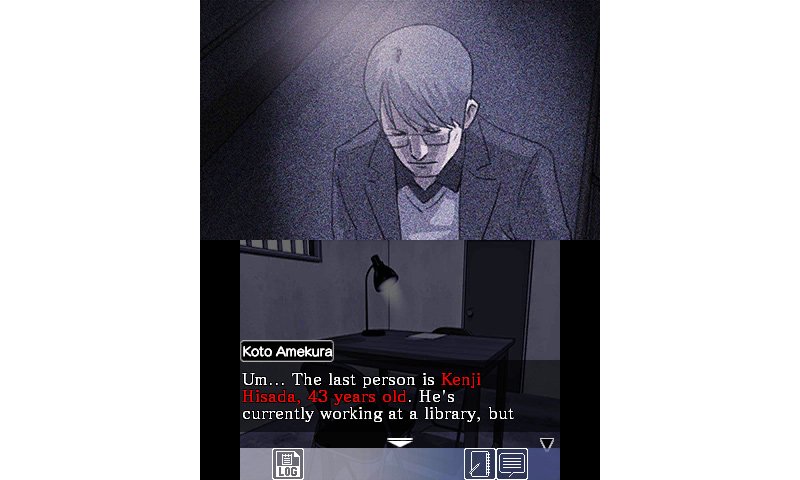 The only pieces of evidence you’re given throughout the story are crime scene photographs.  Here, Nanase asks Amekura to pick out the details and spot the difference, leading to another bounce of ideas. It’s a simple case of point and click with unlimited guesses, that is until you end up dealing with an arbitrary game over.

At one point, you only get one chance to find the hidden clue. Get it wrong and the game suddenly ends. Why there would be a game over, or why, in-narrative, the case would be shut down, makes no sense. Jarring and pointless, it’s the only time where Chase breaks its own immersion for the sake of being a video game.

Overall, even without the talent involved or a love of their previous work elsewhere, Chase is a muted experience for those willing to support it. What should be a confident return to form feels more like treading water. As a two-hour-long downloadable adventure, it’s a solid if unremarkable adventure. Long-time fans will find a warm familiarity in its cast and dialogue, but for anybody else, they might see it as nothing more than a breezy cop show experience.