To many, the name 3D Classics: Xevious is itself an oxymoron. Space Invaders, Galaga, Defender, and Gradius are considered by most as shoot ’em up classics. However, Xevious never quite reached that level of prestige, at least not in the US. Japan is a different story (one that will have to wait for another time).

As for me, I’ve always considered Xevious to be a classic. Originally released in 1981, it’s widely considered to be the first game to ever feature a “last boss,” a game design staple that’s made its way into thousands of games and even a few movies. Xevious was also the first game I ever played that had action going on in not one but two fields of play. Bombing artillery units on the ground while simultaneously exchanging gunfire with fighters in the air is Xevious‘s primary gameplay hook. This focus on depth was revolutionary for its day. It’s also a perfect fit for the 3DS’s glasses-free 3D display.

Now that we’ve established all that, lets get on to the real question. Is this bare-bones 3D port of a classic arcade title worth your money? 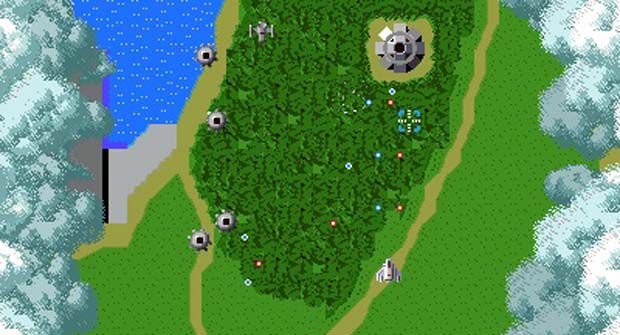 This is going to going to be a quick one.

Xevious is fun game that keeps from becoming too monotonous through a nice combination of difficulty and variety. A new type of enemy or combination of enemies is thrown at you every few seconds, so you never quite catch your balance. The game also has the tendency to suck you into a false sense of security which can lead to instant death. You’ll be so busy focusing on bombing enemies on the ground that you may not be fully aware of the danger of bullets flying at you in the air, and vice versa.

The playfield is fairly large, and most enemy attacks are relatively slow (especially compared to some of today’s more difficult shmups), so it’s easy to start overestimating your ability to stay alive. That confidence leads to more risk-taking, which leads to a more exciting experience. I’d guess that 90% of all the time , my death came as a total surprise. As any fan of Mega Man or Resident Evil will tell you, those kinds of sudden, unforeseeable deaths tend to be the most exciting.

Speaking of the game’s large playfield, Xevious and the 3DS feel like a match made in heaven — the 3D here looks fantastic. Like I said in the opening paragraphs, this game is a perfect fit for 3D. At its core, Xevious is all about negotiating between the action going on in the distance, and the action taking place up close. It’s hard to put into words exactly why this process is so much more exciting in 3D. Part of it is because in 3D, the simple, iconic graphics of Xevious feel real in a way that’s wholly unexpected. I think that constantly switching focus between the background and the foreground also does a lot to force your brain to play a big part in it. Regardless of the reasons why, I can assure you that Xevious is a lot more fun in 3D. 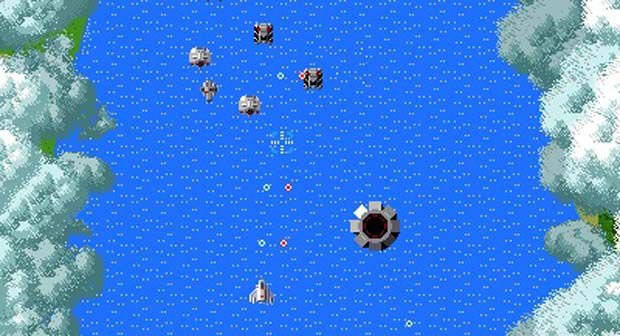 That said, this is still a 30-year-old game we’re talking about, one that has not been upgraded in any way for this 3D port. There are no new modes, no online features, and no new gameplay enhancements. The only option available to players in the settings menu is the ability to adjust the level of 3D. That’s something you can already do with the 3D slider on the 3DS hardware, but having the option to adjust the game’s depth is still cool. If you turn the 3D all the way up on the 3DS, and all the way up in the game, it’s so 3D that it might make your brain puke and explode.

Puking and exploding is fine and all, but the fact that the game has no other new ingredients still feels like a lost opportunity. Nintendo and Arika spent all that time and money on creating this new version of Xevious, so they might as well have put in some new ideas while they were at it. Even something as simple as local multiplayer or new unlockable ships (preferably with the ability to barrel roll) would have gone a long way towards making this game easier to recommend. 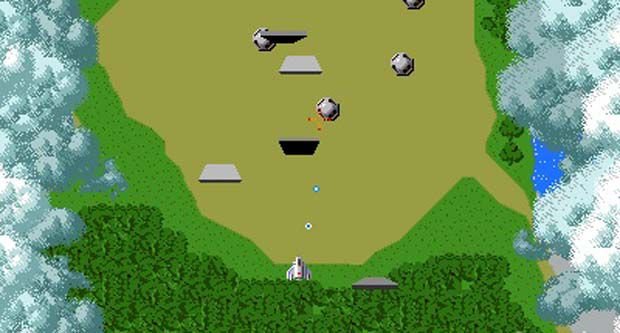 3D Classics: Xevious might have met most gamers’ standards ten years ago, but in the age of such incredible classic remakes as Pac-Man Championship Edition DX, Galaga Legions DX, and Space Invaders Infinity Gene, it’s hard to be confident that fans wont be disappointed with this minimally enhanced port. Then again, I’m definitely not like “most gamers.” I went into this game expecting some untouched, 30-year-old gameplay presented to me in 3D, and that’s exactly what I got. If you go in expecting the same thing, or if you’re a big fan of the “completely faithful recreations of 30-year-old shmups” genre, you’re not likely to be disappointed. If you’re looking for something more than that, you’ll have to take your money elsewhere.