A new Pokemon for the Paldea region makes its debut. Bellibolt, the EleFrog Pokemon, will be debuting in Pokemon Scarlet and Violet.

The new monster-pal for Paldea was teased earlier this week in a video, spotlighting the region’s Electric-type Gym Leader Iono. Today, the Leader/influencer/streamer Iono returns to debut just what her partner Pokemon is.

Bellibolt is, as you can tell, an Electric-type frog. As Iono notes, those giant bumps on the side of its head are not eyes.

Instead, its actual face is that little smiley face you see in the middle, above its electricity-generating belly. A Bellibolt can expand and contract, generating electricity for shocking attacks it discharges from those bumps.

Its ability, Electromorphosis, is a new one. When Bellibolt is hit by an attack, it charges up, boosting the power of its next Electric-type move. Seems like it could be an interesting frontline tank for your Pokemon party. 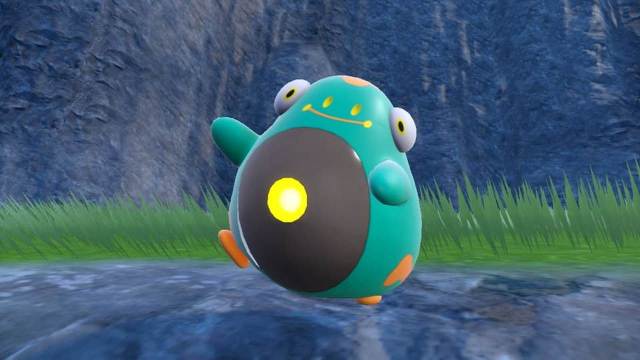 A new pal in Paldea

Bellibolt is another in a string of reveals for Pokemon Scarlet and Violet. We’ve been gradually meeting more and more of the newcomers over the last few months. Pokemon like Wiglett, Grafaiai, and more are in store.

Plus, we’re also getting a good look at some of the people living in Paldea too. Iono is the third Gym Leader we’ve seen so far, and will act as one of several the player will need to topple along Victory Road.

From auto-battling and TM crafting to the glorious lil’ buddy called Lechonk, we’re getting a pretty good idea of what’s ahead for Pokemon Scarlet and Violet. The new generation of Pokemon games isn’t too far off, either.