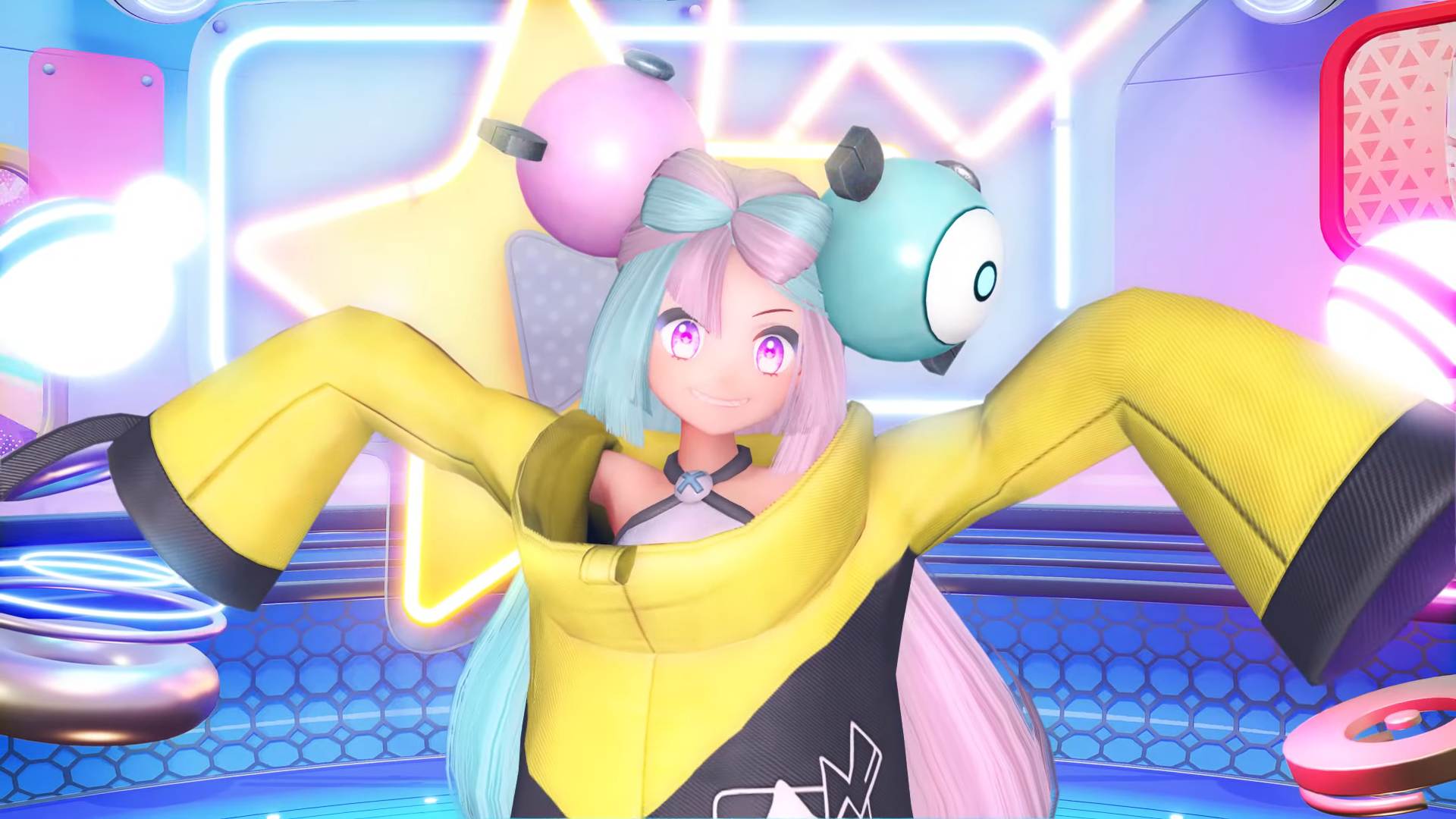 The Paldea region’s Poke-influencer is revealed

The new video centered on Iono and her livestream antics. The Gym Leader is also a streamer and influencer on the side. As an Electric-type Leader too, her Magnemite hair clips are a pretty cool accessory.

The video caps off with a “guess that Pokemon” segment. Iono does a 20 Questions-style game where her viewers ask questions about her partner Pokemon, trying to deduce which one it might be.

Hints include the Pokemon being squishy, not being Magnemite, and being sluggish with an easy-going vibe. It has two “big ol’ bumps on its noggin” that people mistake for eyes, and it is an Electric-type Pokemon. Its body also expands to generate electricity, and it’s cute.

Honestly, I have no clue. My bet would be that this is a tease for a future Paldean-region Pokemon reveal for Scarlet and Violet. Wiglett and Grafaiai were also teased before being fully revealed.

At least we now have another Gym Leader to add to the list. We’ve already seen Ice-type Leader Grusha and Grass-type Leader Brassius.

These three, alongside the other heads of different Gyms, will make up one of Pokemon Scarlet and Violet‘s storylines. But there are two other ones as well.

On the Path of Legends, for example, you’ll go off in search of rare special ingredients. And in another, you take on this generation’s antagonistic crew Team Star. From a recent trailer, it seems like that will also be an area where the auto-battle mechanic will come in handy.

It won’t be long until we have to face off against Iono and the other Gym Leaders either, as Pokemon Scarlet and Violet go live on November 18.