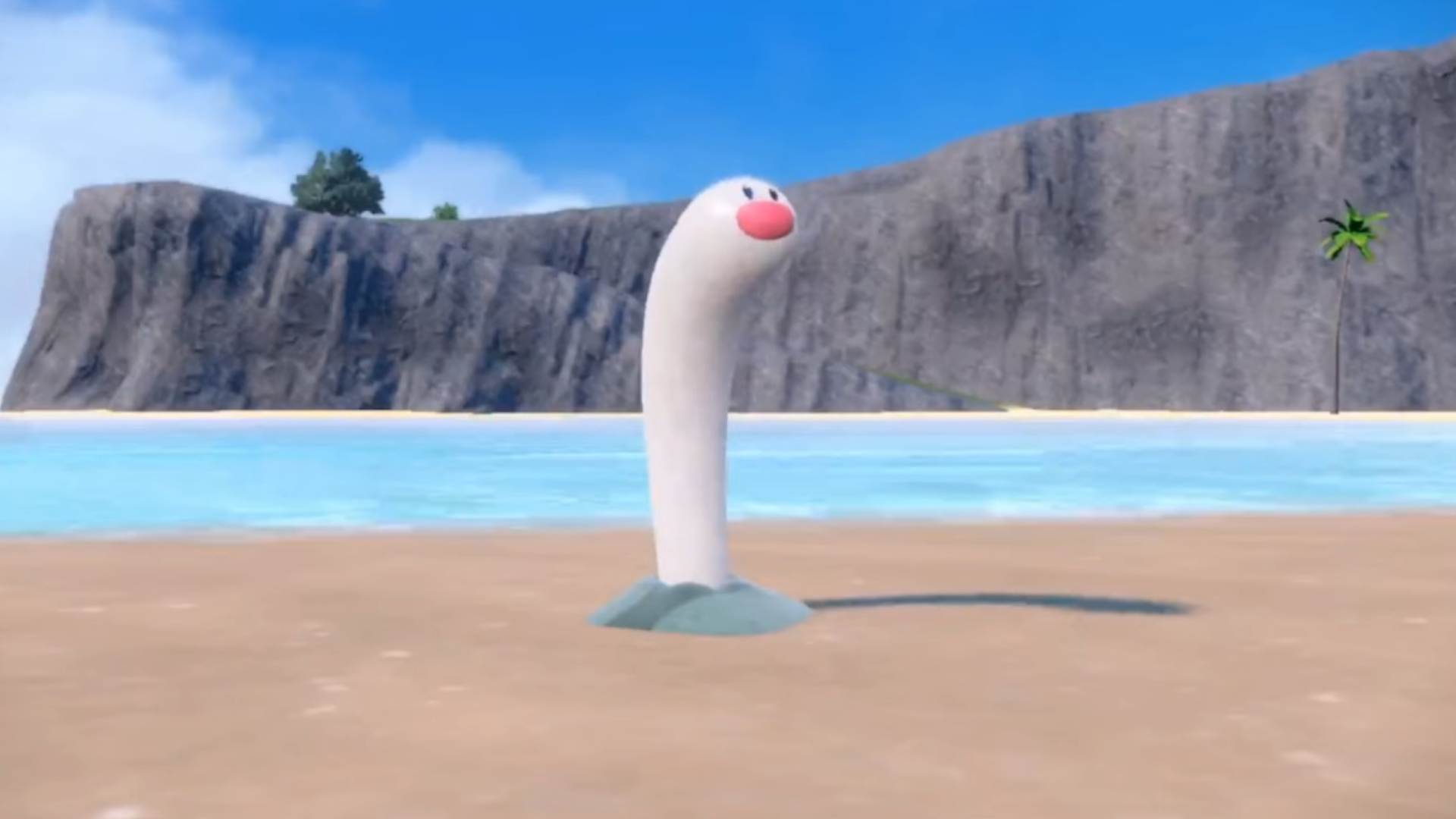 Wiglett wobbles but it won’t fall down

A new Pokemon has been revealed for upcoming Switch entries Pokemon Scarlet and Violet, and it’s a tall, wiggly one. Wiglett is a new Pokemon for the Paldea region.

Teased today in a new video on the World Pokemon Ecological Society site, Wiglett joins the Paldean lineup. You can sit through the lecture online, which also shows some other regional Pokemon like Paldean Wooper, or just check out the video below via Serebii.

Now, astute viewers may note that Wiglett shares some similarities with longtime Generation 1 mainstay Diglett. The burrowing Pokemon has a recognizable look, and Wiglett does indeed look a lot like Diglett. The video calls attention to this fact, too.

As it goes on to stress though, this Pokemon is clearly different. It’s longer, for one. And it lives near water, in the sand.

“The form and movements indeed look like Diglett, but they are probably different Pokemon,” the video states. So there you go.

A new region to explore

We’ve seen a bunch of the new monsters in store for this new mainline Pokemon entry. There’s the neon monkey Grafaiai, the absolute perfection of Lechonk, and the two new box art Legendary Pokemon. Those two even act as your rideable mounts for the new game, helping you travel across the land of Paldea.

The extra travel will help, as there’s a lot to do in Scarlet and Violet. There are essentially three main storylines, with one following the usual Gym battles and others dealing with different situations in the region.

As for Wiglett, it’s an interesting design, if a little unsettling. It looks like Diglett was rolled out like dough. Still, the little mole Pokemon was a fun one to have around in the original generation, and these goofy monsters seem fun too.

Pokemon Scarlet and Violet launches for Nintendo Switch on November 18, 2022.