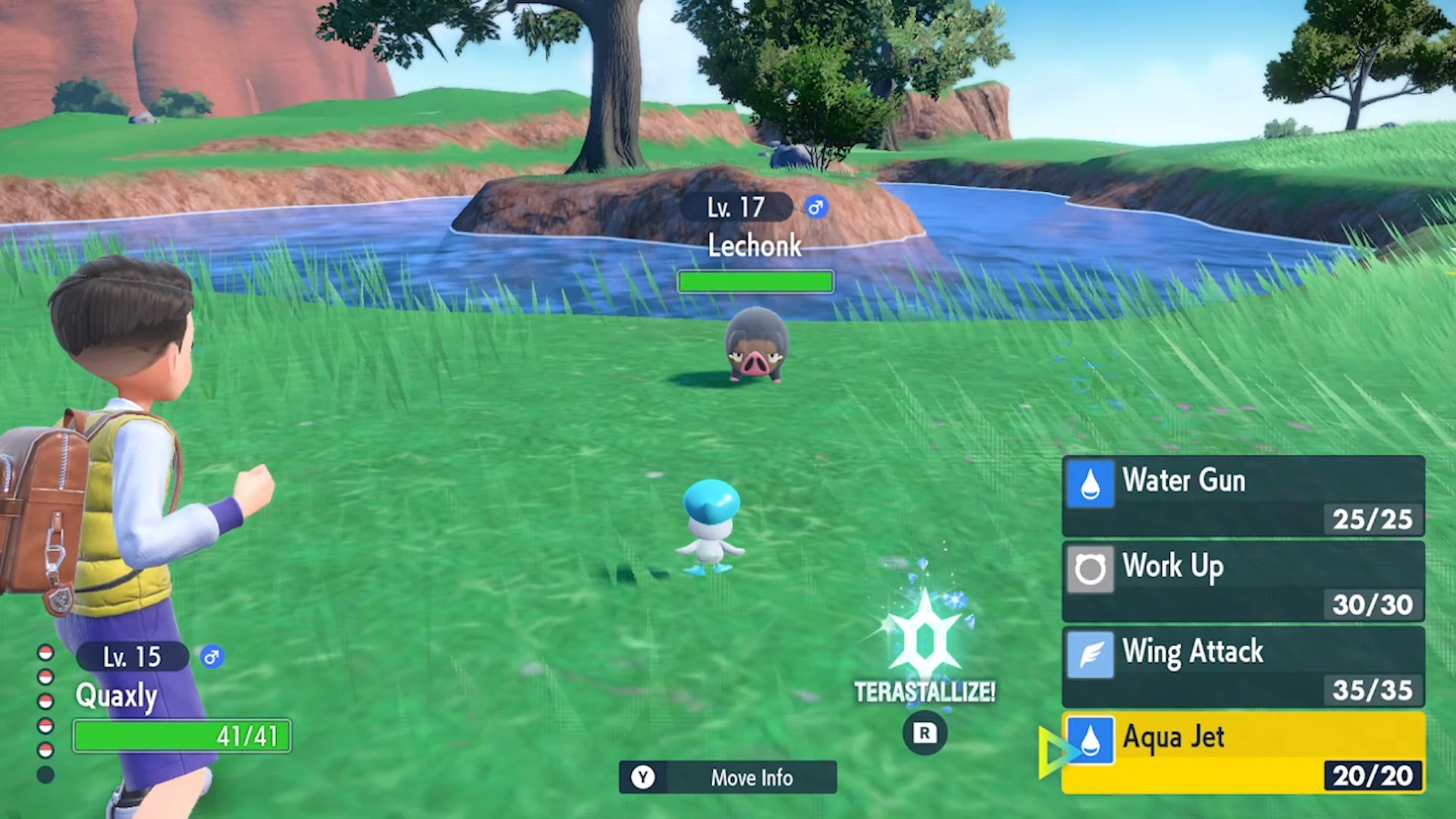 Promising something dedicated fans will enjoy, the new Pokemon Scarlet and Violet trailer is a big one, clocking in at 14 minutes. The video dump today mostly focuses on storylines centered around the three core overarching narratives of the game.

For one of the first times ever, we’re getting a clear look at actual gameplay, including battle menus that aren’t by way of a few seconds of fleeting footage. We get to see one of the starting loadouts for Quaxly (water gun, work up, wing attack, aqua jet), as well as the terrastallize ability, which is linked the R button.

Moving through the Scarlet and Violet trailer, we also get a walkthrough of mysterious Pokemon that shine (and are visible in the overworld), which can terrastalize after engaging them, and change type. At that point you can damage them to un-terrastalize the foe, then capture them. It’s another interesting wrinkle with the capture system, and time will tell if it’s revolutionary or repetitive. It’ll be fascinating to see how this gimmick impacts competitive play as well.

Pokemon can auto-battle in Scarlet and Violet

Moving further into the walkthrough, you can give Pokemon “let’s go” commands, which lets your lead Pokemon fight enemies automatically in the overworld (this mechanic can be used to pick up items, too). In a cool twist, the “let’s go” system is also used when taking on Team Star (one of the three storyline antagonists). Your job is to clear out a camp before you fight the big bad with a limited party.

The trailer then decides to get crafty, showcasing the “TM Machine,” that lets you create TMs based on items dropped by Pokemon. Sample items include League Points, Snom Threads, and Snover Berries. This could lead into one possible endgame activity for some of the playerbase: grinding out items to optimize your party. The Pokedex is kitted out a bit too, as you can see photos of Pokemon on top of the typical info drop. A camping [picnic] system returns, where you can chill with your Pokemon, eat food, and occasionally, discover eggs.

You can watch the entire video below! As the video notes, we’re nearly at launch, as the pair of games are still due out on November 18.