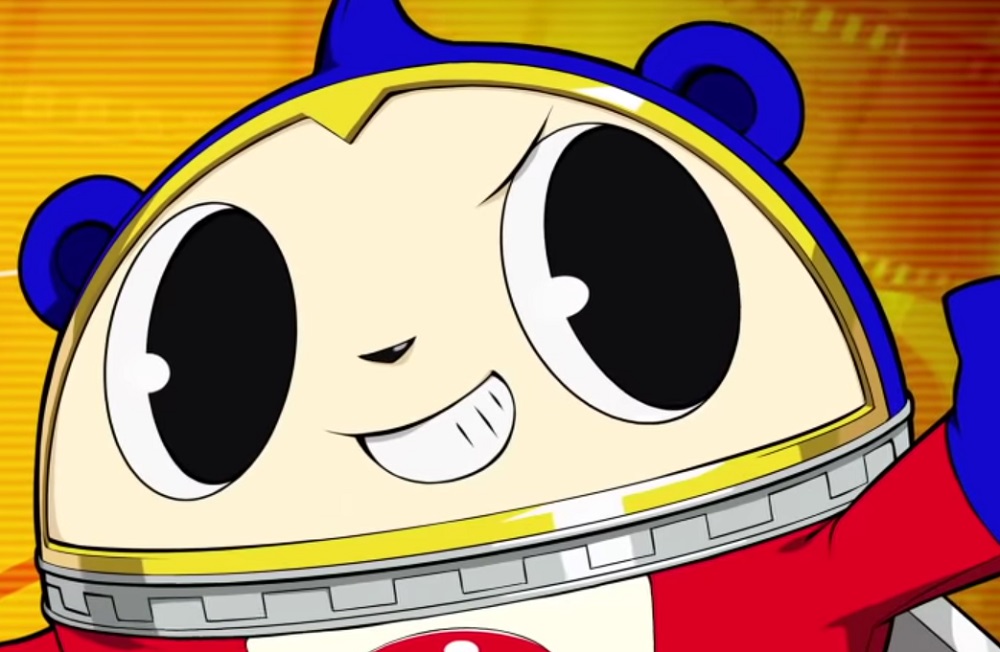 Fortunately not in his terrifying shadow form

Atlus has dropped another character trailer from their upcoming Nintendo 3DS sequel Persona Q2: New Cinema Labyrinth. Today, we can all wash the bad taste of Goro Akechi out of our mouths with one of Persona’s most lovable superstars.

One of the oddest, but most recognizable designs in the Persona series, Teddie – known in Japan as Kuma – is the mascot character of Persona 4, where he is usually found filling the comedy-relief role. With the natural appearance of a bulbous stuffed toy, Teddie also appears in human form as a young, happy-go-lucky teen with a penchant for cross-dressing.

For me, however, Teddie will be best remembered as a cigar-chomping overlord and pseudo-antagonist of Arc System Works fighter Persona 4 Arena, where he hosts the P-1 Grandprix tournament. Always a good time, Teddie makes his welcome appearance in Persona Q2: New Cinema Labyrinth, which launches in Japan on November 29 on Nintendo 3DS