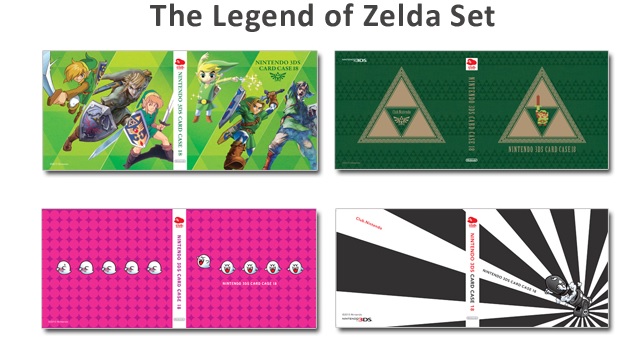 With a Zelda, Mario, or Animal Crossing theme

Back in 2012, Nintendo released a pretty sweet looking 3DS game card case on Club Nintendo, and it sold out in days. Fast forward to 2014, and there’s actually a new case in town, and this time it heavily features Zelda art, as well as Mario and Animal Crossing designs (check them out in the gallery below).

To be clear, it comes with three pieces of artwork and the cover is interchangeable — you don’t have to choose between them (outside of Zelda vs. Animal Crossing as your main theme). If you want it, it’s 400 Coins, and it holds up to 18 game cards. These usually sell out pretty quickly, so grab it if you’ve been itching for one for a while!