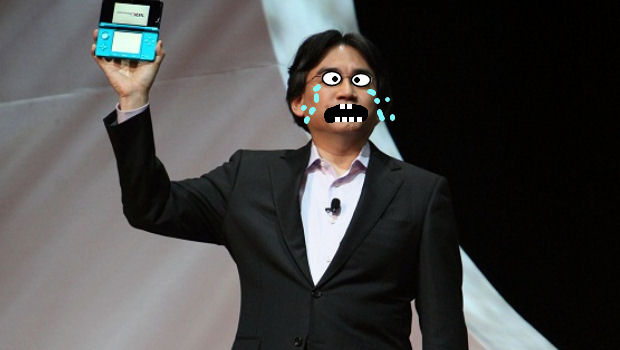 This may be the first time in history where a console price cut has been something a company’s apologized for. The controversy surrounding the early slash of the 3DS’ price tag has promoted Nintendo CEO Satoru Iwata to pen a full apology note to fans who may feel betrayed.

As already revealed, Nintendo is offering ten NES games and ten GBA titles to early adopters, patronizingly named “3DS Ambassadors” by the company. Despite this, Iwata still felt the need to defend the cut, calling it a “drastic step” that was taken out of necessity “to ensure that large numbers of users will continue to enjoy the 3DS in the future.”

He has stated “that there is nothing we can do to completely make up for the feeling that you are being punished for buying the system early,” and added that the fans are still “extremely important.”

Having to say sorry for a price drop. Only with Nintendo could something so … bizarre … happen. Check out the full apology below …

Greetings, everyone. This is Satoru Iwata from Nintendo.

Thank you very much for purchasing a Nintendo 3DS.

We have just announced a price drop for the Nintendo 3DS system effective on August 11 [August 12 in North America].

In the past, there have been price drops for video game systems some time after their release in order to broaden the user base further. However, never before has Nintendo chosen to issue such a dramatic price drop less than 6 months after a system release.

We are all too keenly aware that those of you who supported us by purchasing the 3DS in the beginning may feel betrayed and criticize this decision.

This unprecedented timing for a price cut is because the situation has changed greatly since we originally launched the 3DS. We decided it was necessary to take this drastic step in order to ensure that large numbers of users will continue to enjoy the 3DS in the future.

If the software creators and those on the retail side are not confident that the Nintendo 3DS is a worthy successor to the DS and will achieve a similarly broad (user) base, it will be impossible for the 3DS to gain popularity, acquire a wide range of software, and eventually create the product cycle necessary for everyone to be satisfied with the system.

Those customers who purchased the 3DS at the very beginning are extremely important to us. We know that there is nothing we can do to completely make up for the feeling that you are being punished for buying the system early. Still, we would like to offer the following as a sign of our appreciation to you.

We feel a strong responsibility to develop the 3DS as a platform — to ensure that, in the end, everyone is satisfied; we will make every effort to do so.

Additionally, we know everyone is waiting for Super Mario 3D Land and Mario Kart 7. They are scheduled for release in November and December, respectively, so we ask for your patience until then.

Thank you again, and we look forward to your continued support.