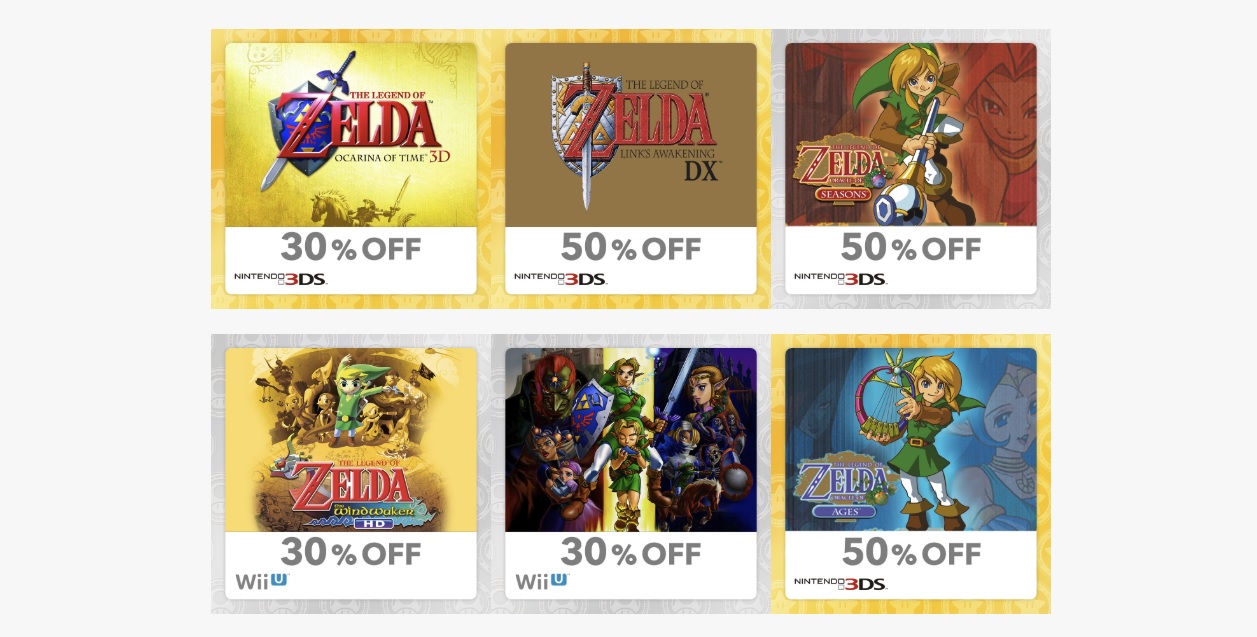 My Nintendo isn’t all that exciting, but every so often a discount comes along that might be worth rolling out of bed for.

Nintendo has updated its lackluster system to include discounts for various Zelda games, including 30% off Wind Waker HD, Twilight Princess HD, Majora’s Mask 3D and Ocarina of Time (Wii U), as well as 50% off Oracle of Seasons (3DS), Link’s Awakening DX (3DS), Oracle of Ages (3DS) and Ocarina of Time 3D (3DS).

Pretty much every game above is worth picking up, especially Link’s Awakening if you somehow haven’t played it yet. Even if Nintendo has relegated the 3DS to mostly an old-game-player at this point that’s perfectly fine — I just hope that when the Virtual Console eventually does come to the Switch that it finally has a real account system where we can re-download all our games instead of buying them for the fifth time.

Too cool for Hyrule: May My Nintendo rewards [My Nintendo]