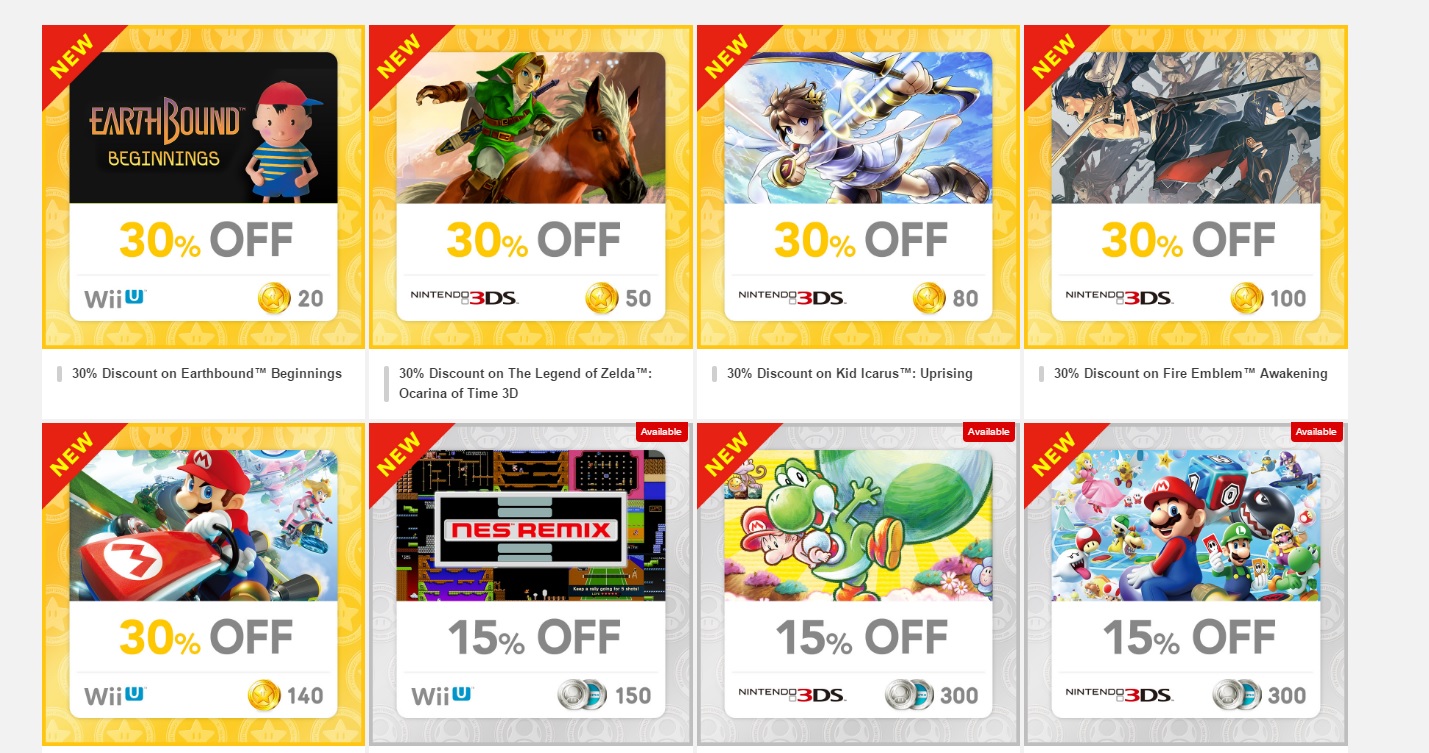 I’m unsure how successful My Nintendo is. The publisher seems to be satisfied enough, and they no longer have to spend tons of cash shipping out physical rewards to people like they did with Club Nintendo, but right now a lot of the system is basically a way to push their mobile presence. The other part involves Gold Coins, which slowly reward people by purchasing games digitally — something a lot of Nintendo fans and collectors don’t do, in favor of picking up physical copies. In some ways, the system is a paradox.

While I don’t see it as a replacement for Club Nintendo (those were the days), I’m enjoying it well enough. I mean, I got Twilight Princess Picross out of it, which probably would have been a $10 download, so it’s better than nothing.

Wait, what was I saying? Oh yeah, new discounts and new bonus games are out. You can find the full list below, and although most of them are Gold Coin related (see above), several 15% discounts can be purchased through the easier-to-earn Platinum Coins. Take a look at Metroid II if you haven’t already!

Rewards [My Nintendo via Nintendo Life]