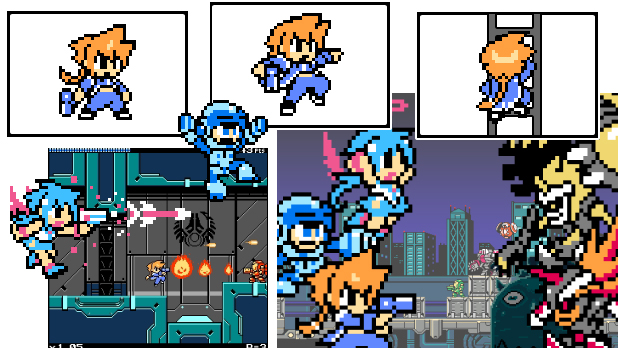 Two Volts for the price of one

Developer Inti Creates has just sent over some great news — anyone who downloads Azure Striker Gunvolt for the first three months of its eShop release will get Mighty Gunvolt for free. The latter is an 8-bit style retro platformer that stars characters from Azure Striker, Mighty No. 9, and GalGun, and is a completely separate project that takes place over five levels.

After downloading Striker you’ll receive a message with a download code for Mighty — that’s all you have to do. Stay tuned for full coverage of both Azure Striker Gunvolt and Mighty Gunvolt next week.