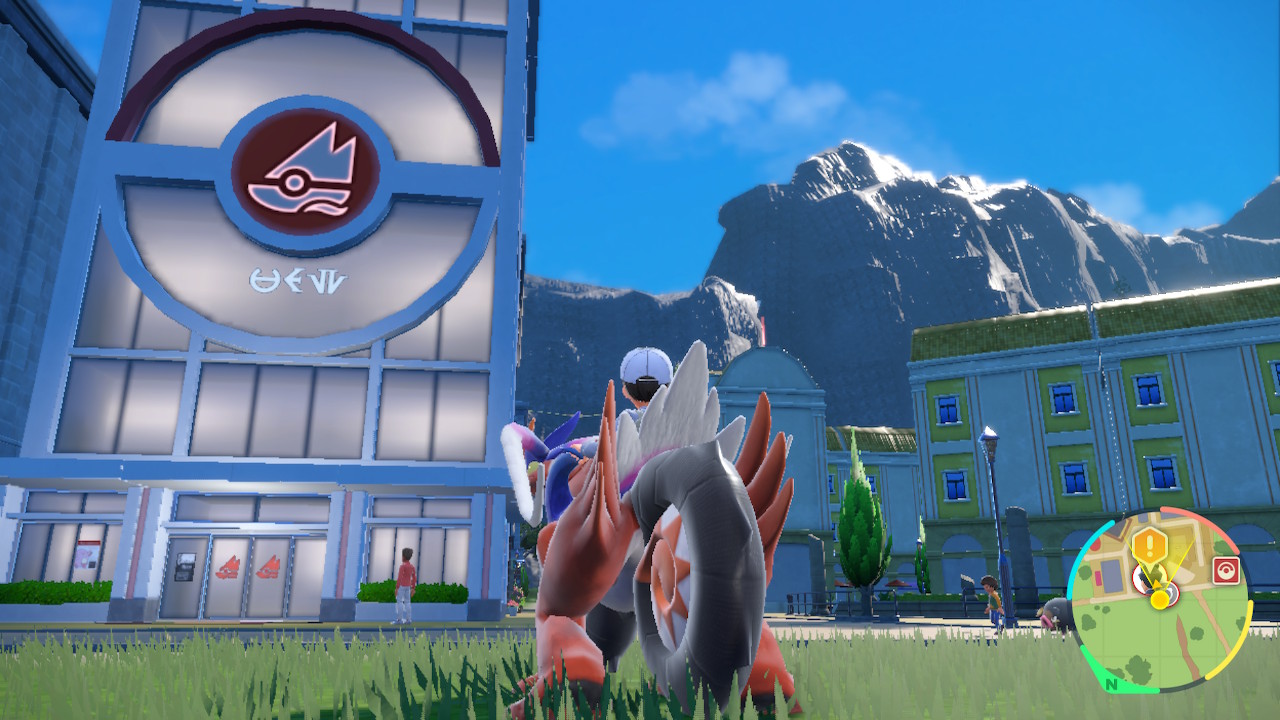 How to find the normal gym and fight its leader

Odds are you’ll approach the Medali gym fifth, if you’re going in the strict gym order of Pokemon Scarlet and Violet. But you don’t have to do that! If you’re sporting high level Pokemon, running into the normal type gym in Medali and crushing its leader (Larry) after a quick and easy gym test is totally viable option. Here’s how to do that! So Medali can be found in the northern portion of Paldea, just to the northeast of Cascarrafa. You can head to it directly after beating the gym there, or just roam around and find it naturally.

One of the quickest ways to get there is to head to the highest point of Cascarrafa and jump over the ledge that borders the town.

In a twist, the Medali gym test is akin to the old school JRPG “password” minigame: but much easier, and it doesn’t change every session.

Here, you’ll need to battle trainers to get clues on what to answer in the restaurant (which is marked as an objective on the map). Battling each trainer will give you the following clues:

What’s really cool is that you can actually skip this section entirely, and just input the password(s) straight away. Again, here is the full solution:

After selecting each proper password, the cafe will shift into a gym, and Larry will make himself known. You can battle him by speaking to the same NPC at the front of the store.

Although he sports “normal” Pokemon, Larry has a few heavy-hitters that will still utilize elemental attacks. Notably, fighting type Pokemon will help crush his roster, and you can even kill a few of them with just one attack.

Here are Larry’s Pokemon (note that he will terastallize his third):

Larry will gift players TM025 (Facade) and a gym badge after he’s defeated.