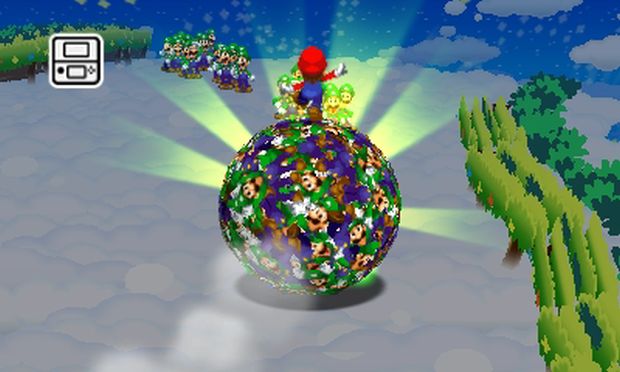 But I still love it anyway

I’m not the biggest RPG guy on staff, but I’ve enjoyed every single Mario & Luigi game to date. They’re just so charming, and it’s looking like Dream Team is no different, based on my recent hands-on time.

The premise is that the brothers along with Princess Peach are on vacation in Pi’illo Island. Something happens, Princess Peach gets kidnapped yet again, and it’s up to the two heroes to save her. Business as usual, except now Mario will have to pull an Inception into his own brother’s dreams to save the day.

I was dropped in somewhere near the beginning of the game as the two brothers have just started looking for Peach in one of the island’s dungeons. Exploring locations on Pi’illo Island will be just like past games, only now you’ll be moving about in a 3D environment.

At a certain point I hit a roadblock, and my only option was to enter the dream world. Luigi is the only one with the ability to open the dream world entrance, and once he falls asleep, Mario will enter the portal and navigate the now 2D platformer-like environments. Luigi will join you in the these dreams, and it’s here where Luigi will really shine. 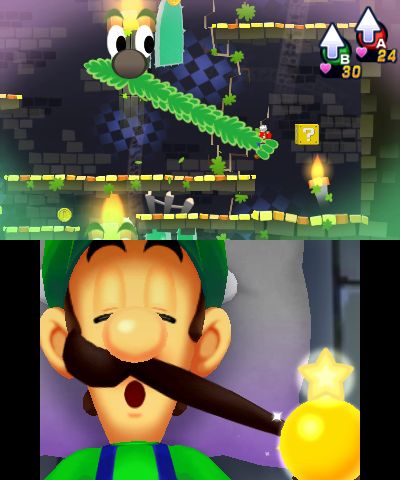 Certain areas in the dream world find Luigi merging with the background, and you have to manipulate the real Luigi sleeping on the bottom screen to use dream Luigi’s new special abilities. For instance, some parts will require you to pull on Luigi’s mustache in the real world in order to help launch Mario to greater heights in the dream world. In other sections, you’ll tickle the real Luigi’s nose so dream Luigi can sneeze background blocks into the foreground or blow away obstacles.

The whole point of entering these dreams is to free Pi’llos, ancient inhabitants of the island that have been trapped in the dream world. In fact, the magic pillows Luigi sleeps on to trigger the dream portal are the bodies of these Pi’llo people!

The big evil of the game trapped the Pi’llo people with dark stones, and you have to find and destroy various amounts of dark stones in the dream world to free the Pi’llos. Once free, they’ll aid you in different ways on your quest. 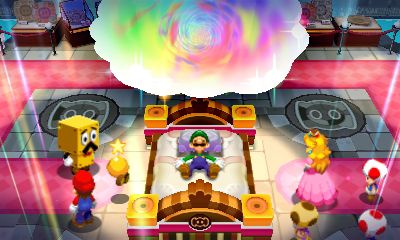 While in the real world, turn-based battles play out the same as in past games. Jump attacks, hammer attacks, and Bros. attacks all return, requiring timed button presses to increase your attack powers. You’ll enter turned-based battles in the dream world as well, and it’s here where things get trippy.

In this situation, Luigi merges with Mario, his/their total HP increases, and you’ll have the extra power of multiple Luigis with every attack. For instance, execute a successfully timed hammer attack and a few more Luigis will appear after your strike to perform their own hammer attacks. Pull off the jump attack and nearly a dozen more Luigis will fall from the sky to perform their own jump attacks.

Oh, and it gets even crazier with the (sigh) Luiginary Attacks — there are so many Luigi-related puns, it hurts. Anyway, the only Luiginary Attack I got to see was the Luiginary Ball. Mario will jump on a big ball of Luigis, then players will have to steer this ball with the gyroscopic controls so you can run over more Luigis, thus increasing the size of your ball. The attack ends after you kick this giant Luigi ball to steamroll groups of enemies.