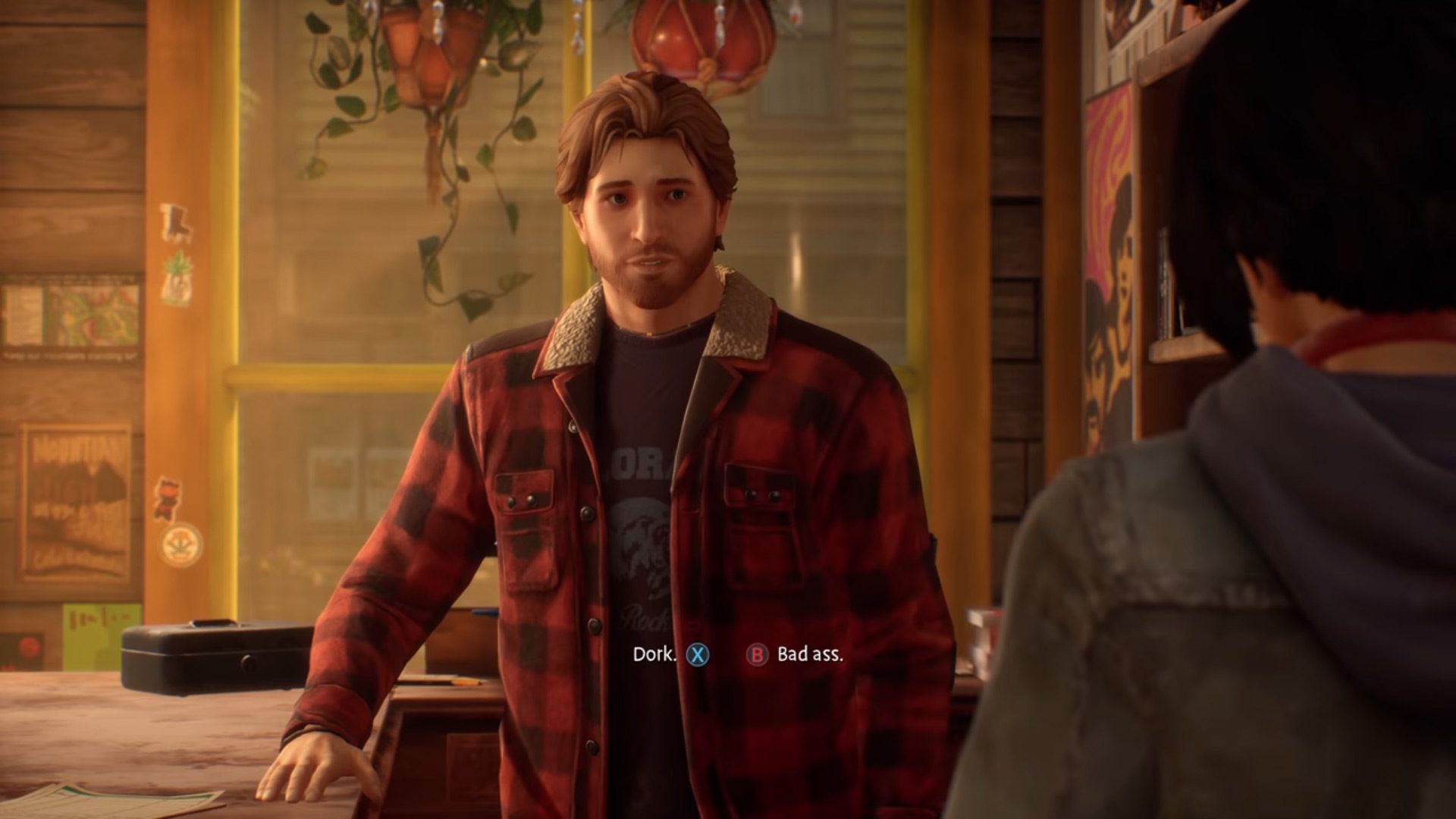 Here it is: the first and only “gameplay” video I really want to see for Life is Strange: True Colors — enough to establish the slice-of-life coziness, the dialogue, and the production quality. The latter, in particular, seems like a leap from the humble beginnings of 2015’s Life is Strange, back before the small-town adventure game became, well, a series.

Anything after this point, for me anyway, is just spoiler icing on top that I’ll politely decline.

It’s an early sequence in True Colors — early enough that the protagonist, Alex, is still able to hang out with her older brother Gabe (whose fate is… established), and also still getting introductions from Haven Springs locals like Ryan, another main character.

Chatting about “Smash Mouth cover bands,” taking in the sights at a decorated record store, and keeping your eyes peeled for potential doodads to interact with nearby — yep, this sure is a new Life is Strange. I like this format quite a bit when the mood strikes.

If you’re wondering about Steph (from Before the Storm) suddenly glowing with a fiery rage, that’s just Alex’s empathetic powers kicking in. I’ve seen a lot of admittedly funny comments about the “power of Empathy” and its ability to “change fate and change lives,” which is a tougher sell than Max Caulfield’s flashy time-rewinding ability, but I’m curious to see how Deck Nine makes it feel meaningful in the context of the full game.

With gamescom next week, I’m sure we’ll see more footage soon; like I said, I’m good. The September 10 launch day is suddenly starting to feel uncomfortably close, so True Colors will be here before I know it. I hope this game meets fans’ (and publisher) expectations, because it feels like this series can keep blossoming if it’s allowed to take its time.

I fully intend to dig into Road 96 before True Colors, by the way. Bring on the whiplash.