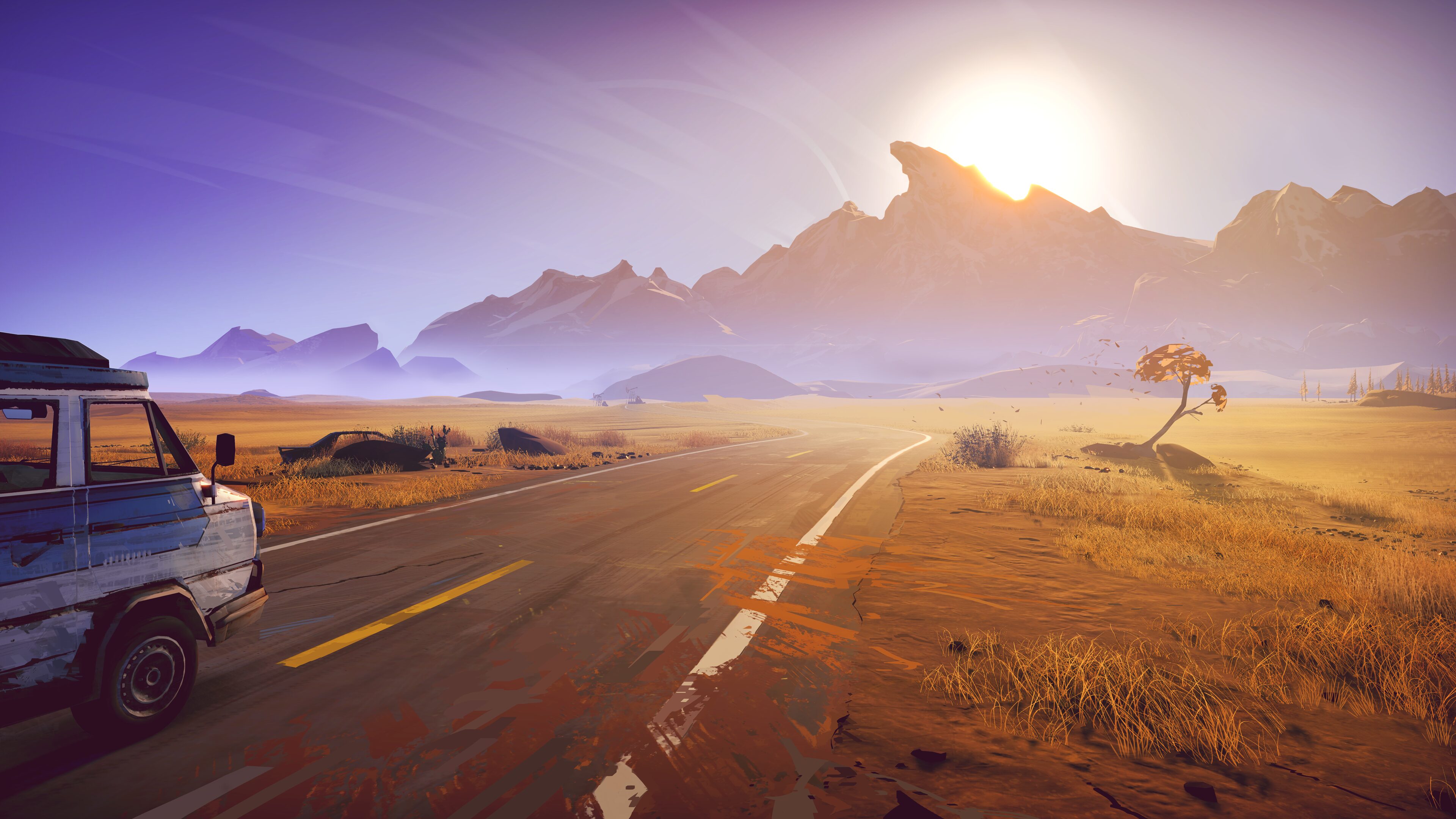 I trust I can rely on your vote

I’m not the most political person, which probably makes Road 96 perfect for me. I read up on party policies and promises before elections but otherwise could care less. Of course, I’m Canadian where politics are boring, unlike America, where politics are a full-contact sport.

Road 96 is a political game but in a very human sense. It’s not pointing fingers, it just asks you; if you were in this situation, what would you do? 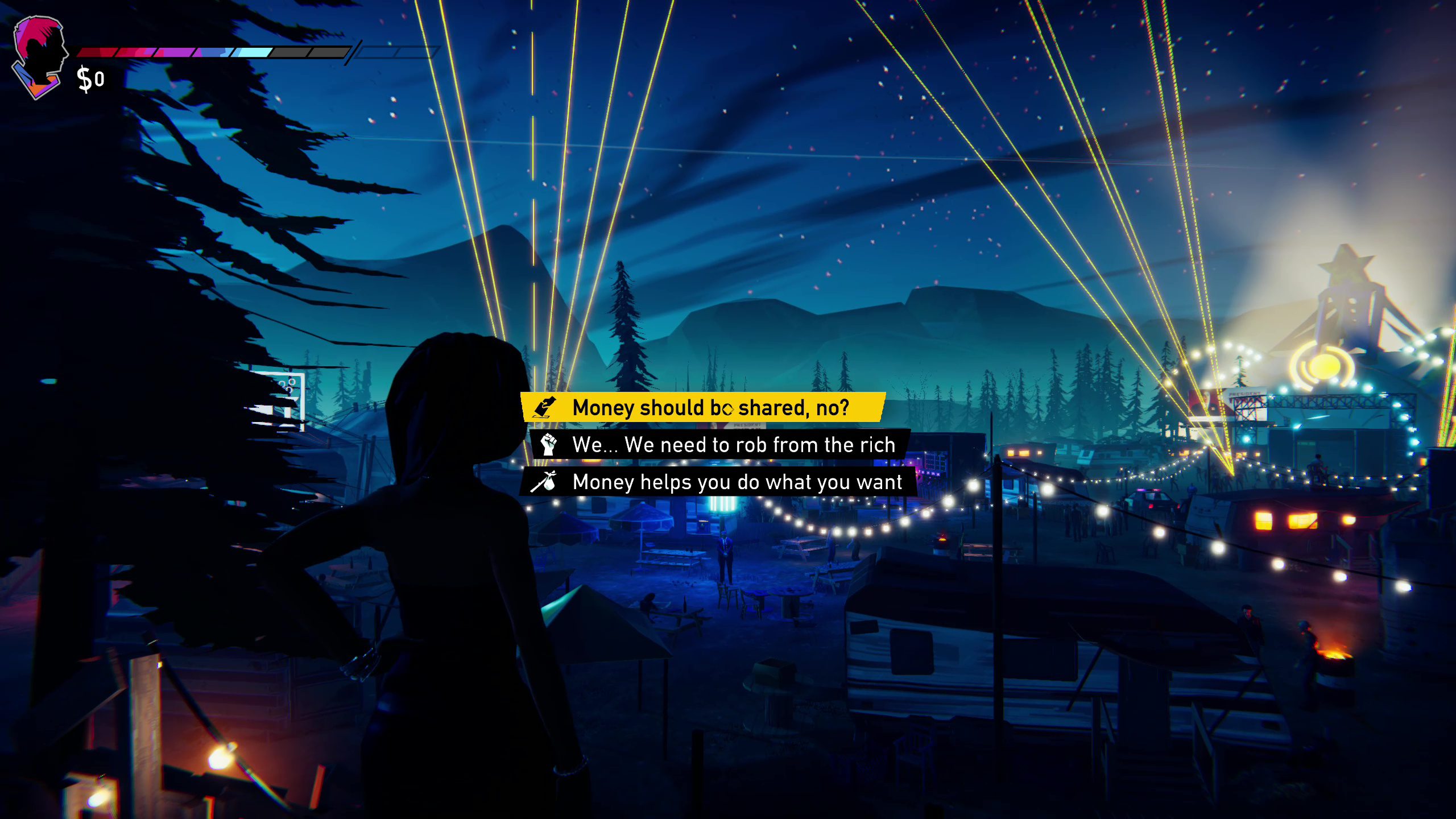 You’re just a teenager in Petria attempting to flee their country as it slips further into authoritarian rule. The current government has kept control using backhanded tactics and propaganda, and while there’s an election coming up, there are questions about its legitimacy. Meanwhile, protests have been firing up and an anti-government brigade has been trying to cause havoc.

They’re all problems that are much bigger than you but don’t think you can’t make a difference. As you travel, you meet an assortment of people with their own political views and problems. A police officer with frequent car problems, a trucker out on the road, a scary dude with a grudge. You can help them or completely screw them over. This is really what Road 96 boils down to: choices.

Your journey is broken up into segments. In each area you find yourself in, you make the choice of how you want to proceed, whether you hitchhike, walk, bus, steal a car, or take a taxi. Your choice is factored into what scene you find yourself in next, but it seems partially random. You’re dropped into a character’s scene and play it out.

You don’t just make one trip to the border. You follow the journey of many anonymous teens leading up to election day. Each trip plays out differently, and as you bump into the characters, their subplots advance. You might remember what happened on your last adventure with them, but each time, you’re a new person. This means that if you screwed them over last time, they’ll still give you a chance each time.

It’s an odd thing, your character doesn’t build relationships, even as you get to know these people. You get to see their journeys unfold independent of yours, each time you guide them in different ways. Maybe the argument you had with the police officer didn’t work, but hopefully, your words got through to them on some level and the next teen will see that. 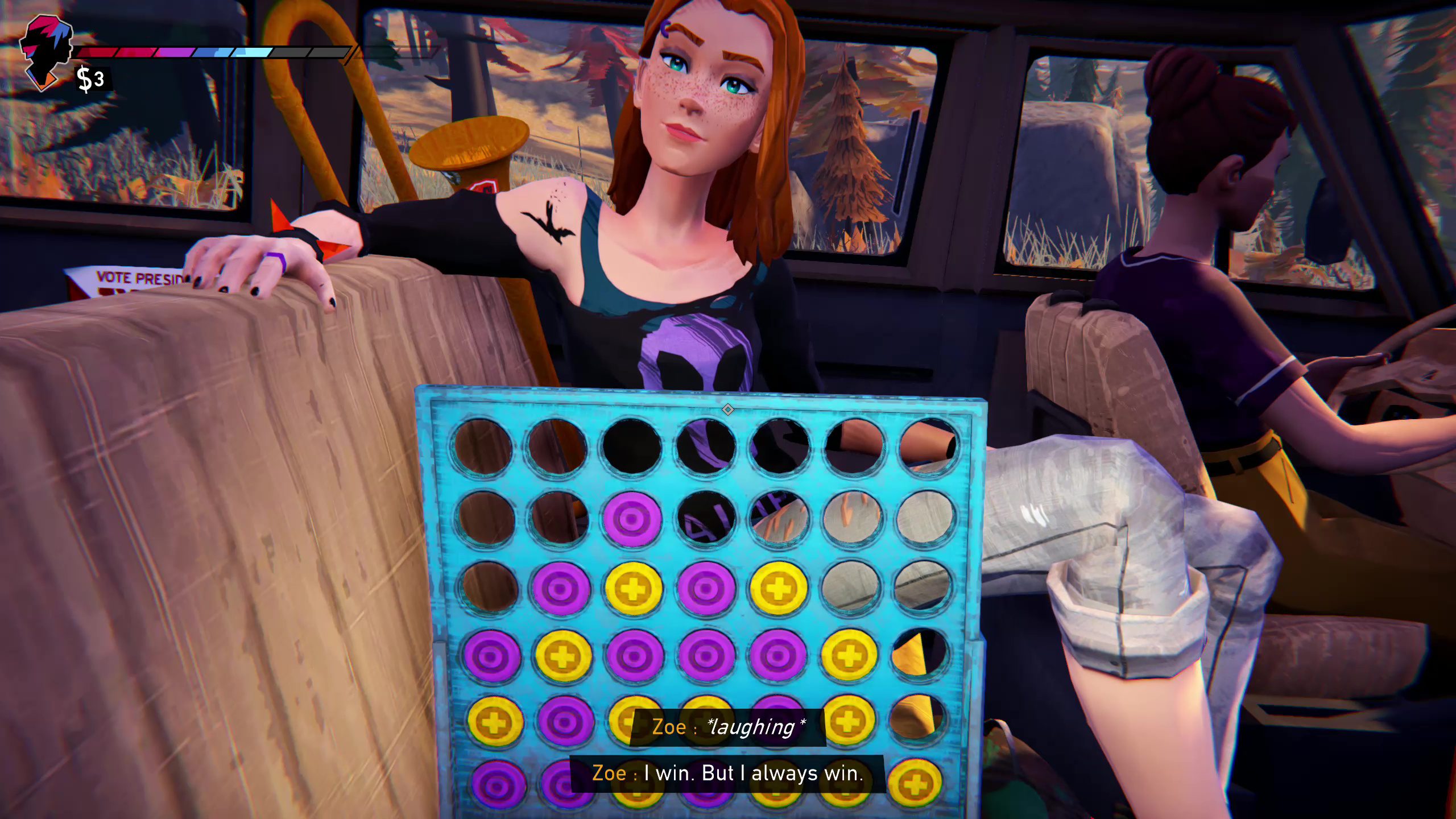 I had some initial concerns about the game’s format. When I envision the ideal road trip game, it takes place mostly behind the wheel. There’s not really any driving in Road 96. Your characters do drive sometimes, you just don’t control it directly outside of some simple mini-games. Mostly, you’re just there for whatever is going on in the scene.

Yet this wound up being strangely satisfying. I guess when you look back at a journey, you mostly remember the interesting things that happen along the way, and not the endless travel that happens in between. Road 96 does a great job at presenting it. You approach a diner or are riding in the passenger seat when a conversation starts. Each scene is interesting in its own way, often throwing short mini-games at you that are surprisingly varied. 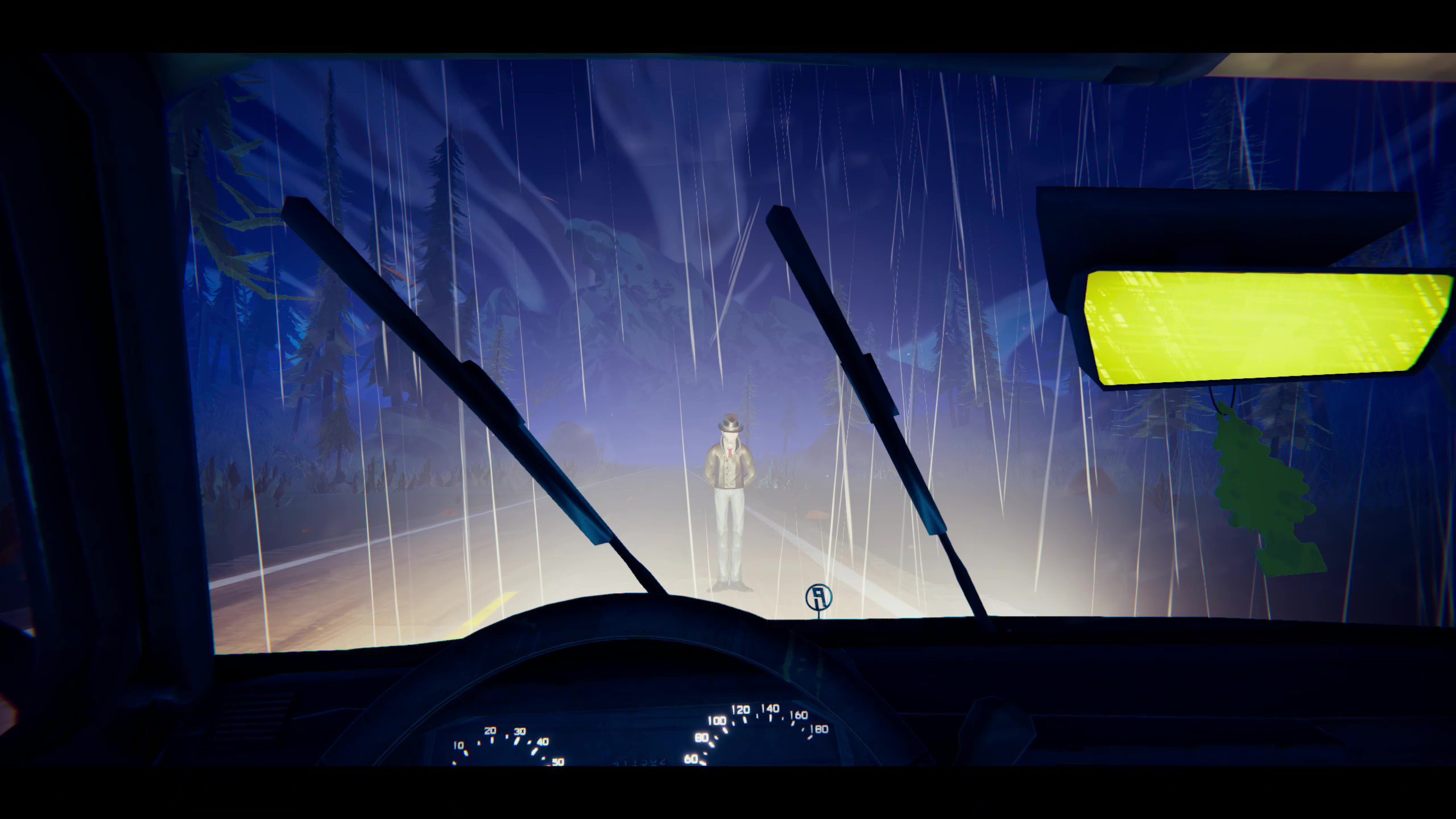 The characters are what make Road 96. The dialogue and animation falter every so often, but it’s hard to not find something interesting in the characters. They all have their own ideals, often affected by things in their past. Some are outlandish, some are creepy, and they all present something different. Yet none of them I found irredeemably abrasive. Not the hopeless criminals, not the possible serial killer, and not the obnoxious TV host. I wouldn’t want to be friends with some of them, but I wasn’t disappointed when one would turn up, either.

The scenes can be quite tense, as well. The game makes no mystery of its willingness to kill your teen or have them arrested and taken to a forced labor camp. At least on your first playthrough, you’ll probably be careful of who you ask for tips and what you’ll do and say when a gun is pointed at your melon. Dying isn’t necessarily a losing scenario, but nothing good can come from it.

To actually get to the end of your trip, you have to manage your resources: energy and cash. Either can get you to the end of your journey, but you’re going to have to beg, borrow, and steal to get them. Sometimes, characters will give you something as a reward. Other times, you can find credit cards on the floor or break into the back rooms of businesses. It’s hard to have scruples when you’re just trying to survive. 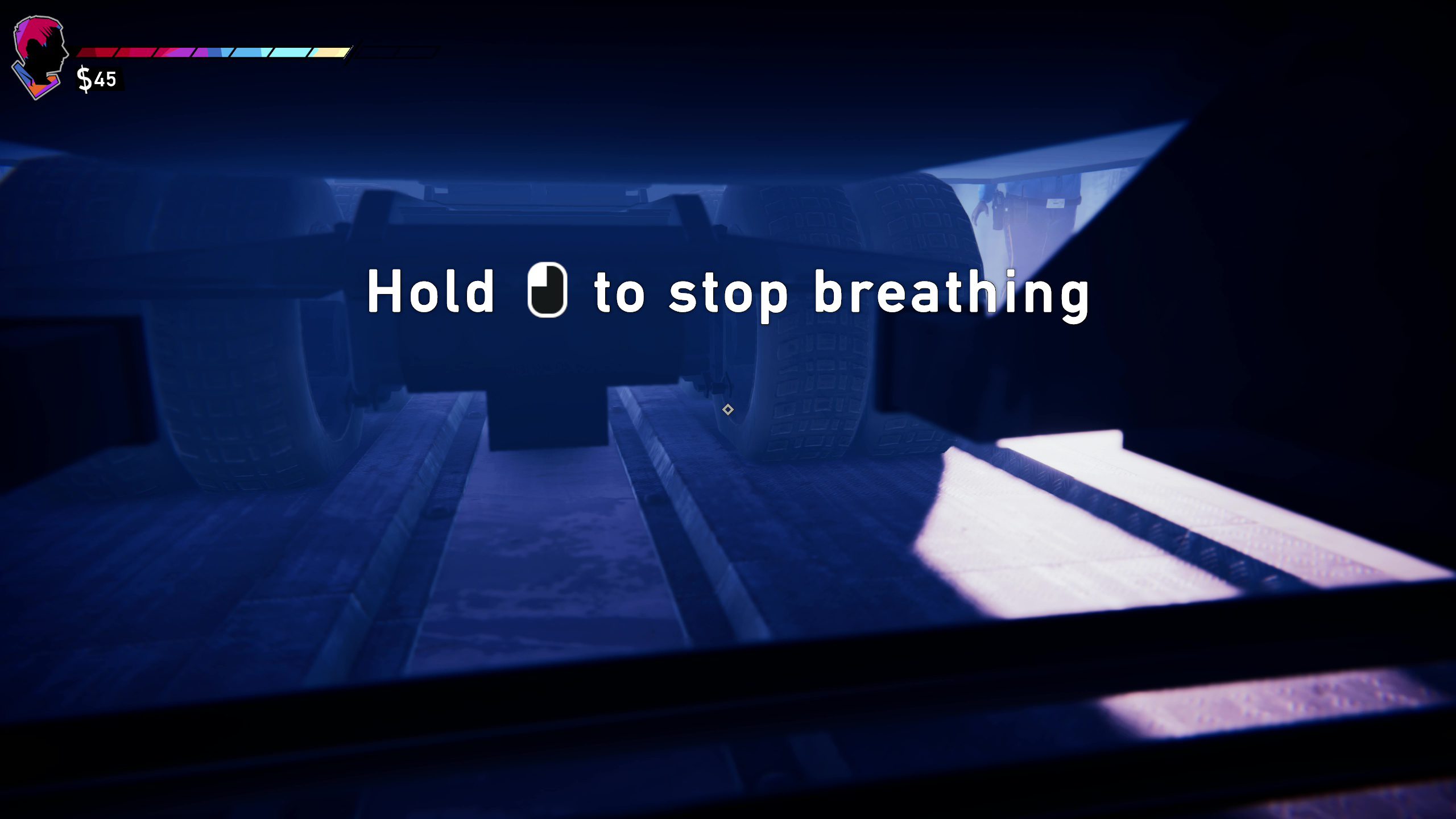 And the end goal? Do your best and ride things out until election day. You can generally shunt things in three directions: voting, uprising, and indifference. You’re given many opportunities to change hearts and minds. I’m not sure if there’s a wrong answer to how you influence things, it’s just a matter of whether or not you want to throw matches at the powder keg.

There are some limitations there, however. Sometimes, you’re not really given a choice in what your character does. This takes the form of characters coercing you or simply ignoring your protests, but other times you have a single option to proceed, and it might not be what you’d naturally do. Considering how organic a lot of Road 96 feels, being forced into crime can feel a little jarring.

It’s also a bit rough aesthetically. I wouldn’t say it’s a bad-looking game, but it’s quite uneven. Sometimes it looks fantastic, other times you can’t take your eyes off a peculiar, low-detailed plant. Animation is often stiff, lip-syncing is hit or miss, and generic NPCs repeat too often. I frequently wondered if I was supposed to recognize the guy in the mustache, but I guess not. 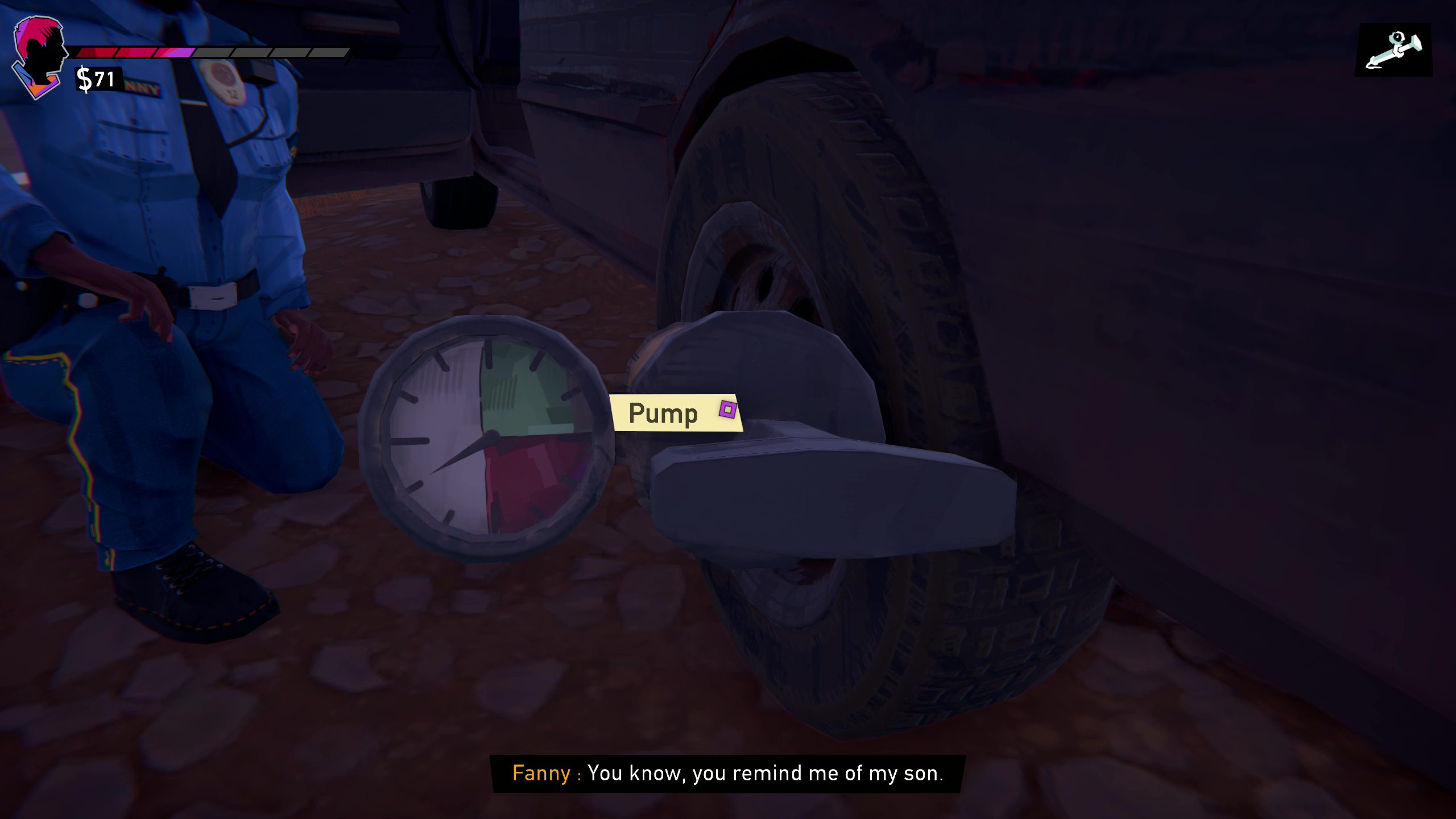 The beauty of Road 96 isn’t that it’s thematically or mechanically well-executed, because it’s sometimes not. Every so often, you’ll hit a rough patch that just doesn’t jive and jars you out of your immersion. Sometimes that’s mechanical, other times a character will act against their established motivations. I think that can be forgiven, but there will be some who can’t move past the awkward moments.

Yet, I can’t help but feel entranced by Road 96’s framework; the depiction of a journey as being a bunch of moments. Moments where you dig into a character’s psyche or just have fun playing air hockey. It’s lightweight, effective, and I can’t think of another place where it’s this well-executed. If you’re willing to stomach the rough patches and politics, there’s a rich game within. One that explores how people affect and are affected by the world. Personally, I think it’s worth the trip.