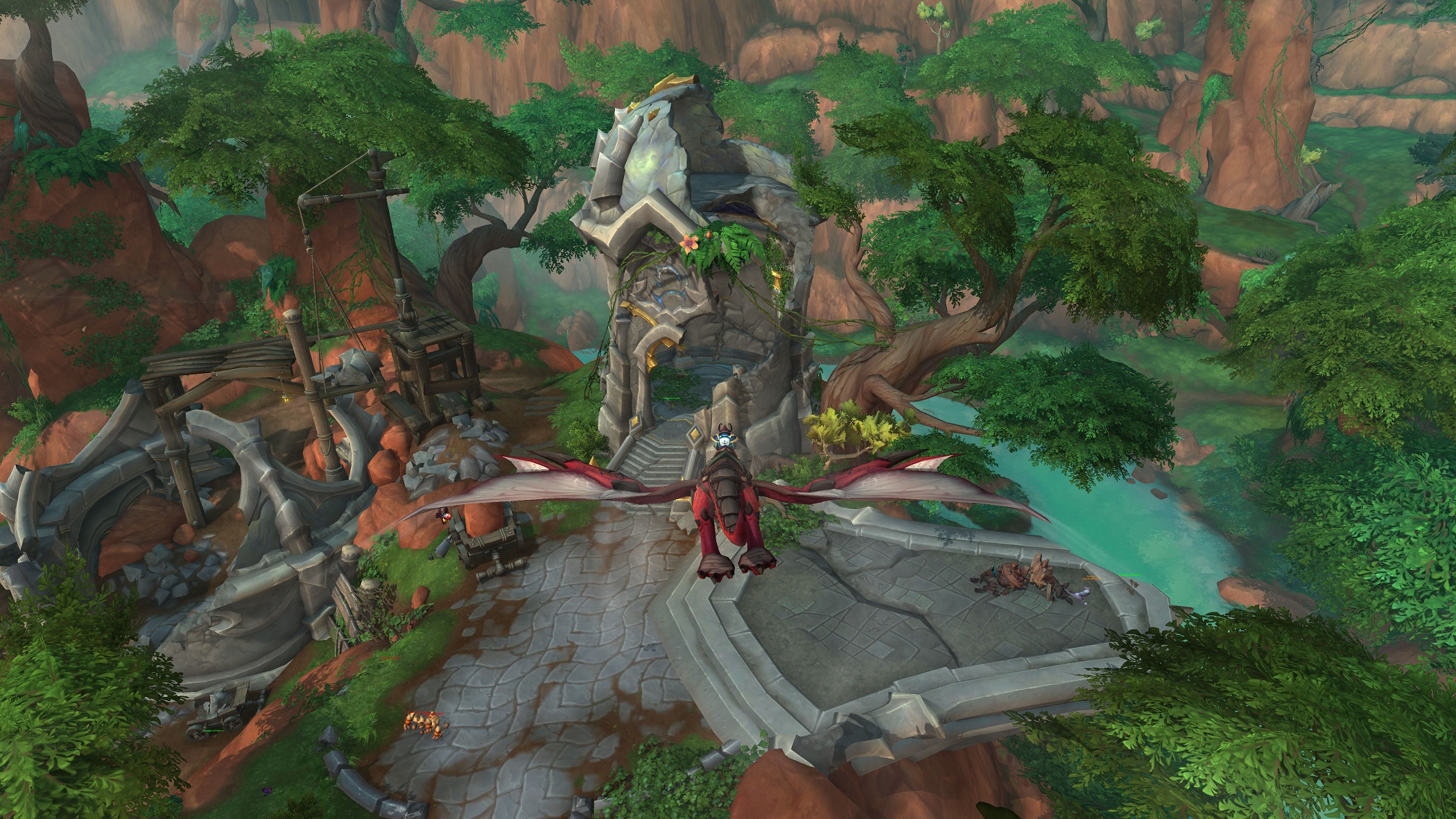 You’ll find it in The Waking Shores

World of Warcraft: Dragonflight is full of little optional questlines that are worth doing, which is arguably the best part of many RPGs. Thankfully, Dragonflight‘s big focus is to have you stop and smell the roses, and engage in a lot of these little diversions.  Here’s how to start and finish the Beyond the Barrier questline.

Step one: Get the questline from Elementalist Taiyang in the Life Vault Ruins

You might be asking yourself: how do I even start Beyond the Barrier. Well, it’s part of a questline!

You’ll kick the whole thing off at the Life Vault Ruins in The Waking Shores: the first area in the Dragonflight expansion. The NPC you want to speak with is Elementalist Taiyang, who is a Pandaren at the coordinates 66, 58.

The first quest in the line is Site Salvage, along with Unearthed Troublemakers.

Site Salvage can be completed right near the location where you actually pick it up. Find explorers within the designated blue area on your map, and click on them to “rescue” them. Easy. Your next step is to take out 12 earth elementals, which are littered around the area (both large and small NPCs are part of the quest). Grouping up multiple smaller elementals will help you clear the quest quicker.

From there you’ll move on to Lofty Goals, Rapid Fire Plans, and Distilled Effort, which are picked up at 66.7, 56.2. They’ll take you southeast of the Life Vault Ruins.

Step Three: Complete the rest of the quests, then Beyond the Barrier

Pick up Primal Flame Fragments from primalists and elementals for Rapid Fire Plans (focus on Ashen Sparks for quicker kills), get through the whirlwind obstacle course for Lofty Goals, and head through the waterfall at 71, 57 to locate the objective (an elemental called Acequian) for Distilled Effort. Let’s Get Theoretical is a simple clear: go back to 66.7, 56.2, trigger the quest, and stand in the little circle on the ground (clicking the prompt when it pops up).

After progressing with the aforementioned quests, you’ll be able to pick up Beyond the Barrier. The main focus here is fighting the Discordant Watcher, a giant-type enemy. Dodge circuit crash and interrupt malfunctioning barrier, and you’ll clear it easily.

Once you’ve defeated it, click on the Fragmented Record rubbing, and speak to Elementalist Taiyang (who is back at their original position of 66, 58). You’re done!