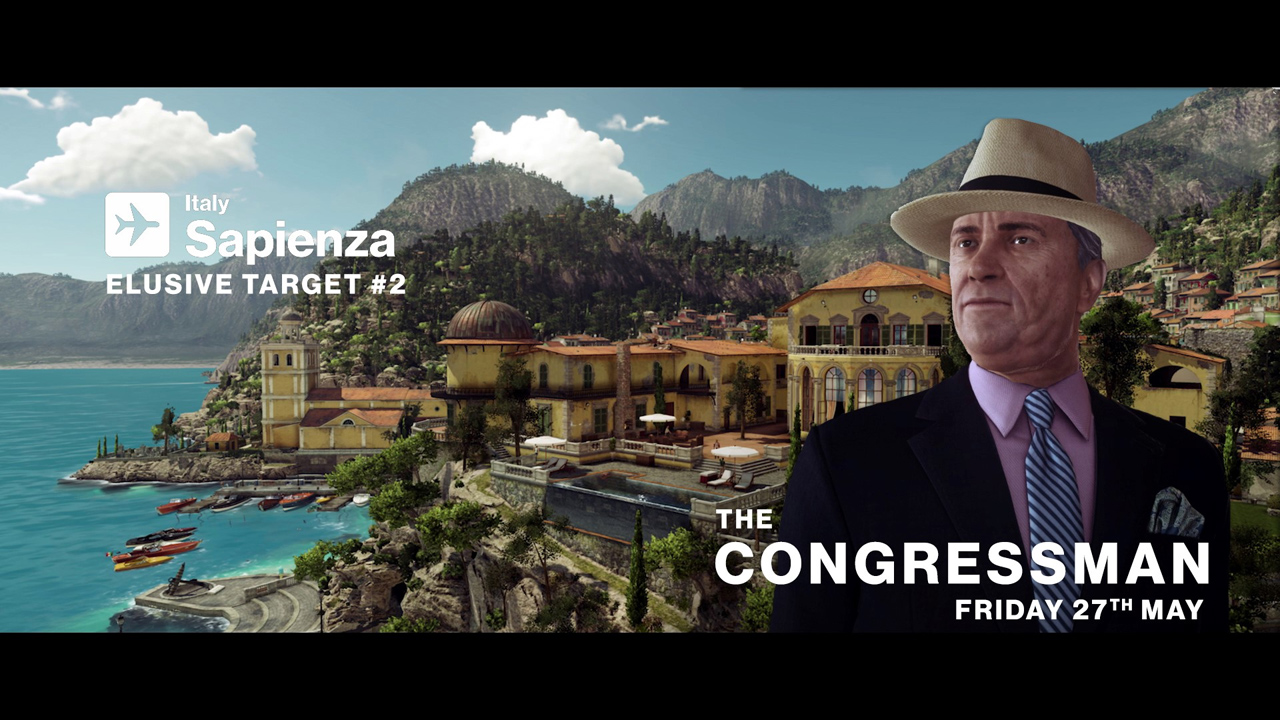 Miss that first Elusive Target in Hitman? Dang. My condolences. Next week will bring about another opportunity, though. IO is planning to let loose the second mark, The Congressman, in Sapienza for 48 hours “at some point” on Friday, May 27 “during European hours.”

You’ll know the challenge is playable once it’s highlighted in Hitman‘s Featured Hub, but there’s your general time frame: next weekend. At that point, you can go in, manually track down the very-killable-looking guy, and work your magic. I was holding off on getting this level until I was more or less “done” with Paris, but I’ll have to get some prep time in with Sapienza over the weekend, I think.

Some of you were wondering about the rewards for these challenges. Here’s a recap: “You will receive the first reward for successfully completing 5 Elusive Target contracts and the reward will be the signature suit from Hitman: Absolution. The reward for completing 10 Elusive Target contracts is the signature suit from Blood Money. Future rewards will include versions of those suits with gloves.”