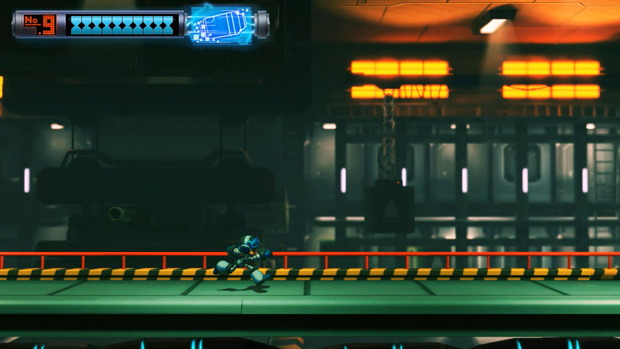 Keiji Inafune spoke about Mighty No. 9 at the D.I.C.E. Summit in Las Vegas this week and showed off the design of the character Mighty No. 7 which, as you guys pointed out, doesn’t at all look like Zero from the Mega Man franchise. Drawings are nice, but it’s footage that really does it for me these days and some of that has gone public as well.

Here’s video of Inafune playing that early alpha build of Mighty No. 9 which we saw screenshots of not long ago. The game’s basic action (shooting, dashing) is implemented but not a whole lot else. Still, it’s a much more informative look at the game than those images were.

Filed under... #Alpha#Comcept#Kickstarter#Linux#Mac#Mighty No. 9#PSVita