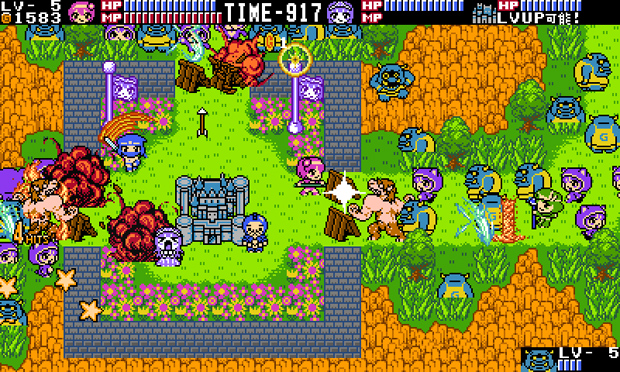 I’ve thankfully managed to forget about most of the Xbox Live Indie Games I subjected myself to over the years, but a few happy memories do remain. Ancient’s Protect Me Knight, an 8-bit overhead action game about fending off hordes of monsters and leveling up your character and their move set in the process, is definitely among them.

I’m so pleased to hear there is a sequel in the works — and for the 3DS eShop, no less — but it’s currently only confirmed for release in Japan. Other than that, my major concern at this point would be getting enough people together for multiplayer, as the original game was difficult alone.

Glad to see the ninja’s outfit is as ludicrous as ever. Music’s fabulous, too.