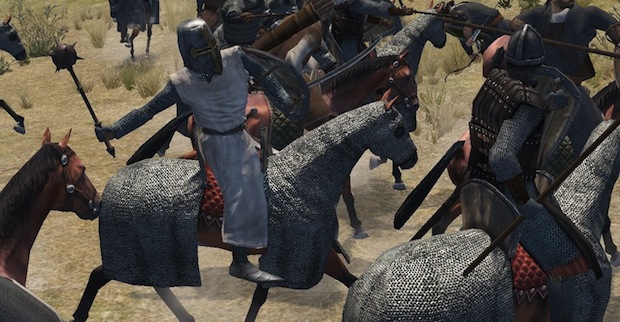 Paradox Interactive’s latest Mount and Blade, Warband, might tickle KOEI fans in their special hidden place. The combat in particular has that breezy, disconnected feel of a hollow Dynasty Warriors title. But Warband has its share of differences. Foremost is the choice of its medieval setting, and of course, the class-based MP mode that support up to 64 players in a single match.

I saw Warband earlier this afternoon and left the demo unimpressed. The long and sweeping attacks of either melee class made for several uninspired battles against players participating in the game’s beta. And while I think the tactical options are there to exploit (for example: hold this castle), it’s nigh impossible to get 32 players on the same page without a robust reward system like MAG. And that’s not to mention that the maps felt dead. A lone castle in a sea of green grass was all that I could find. I need, and want, more time with this one. Give it a spin before I can if you’re interested.