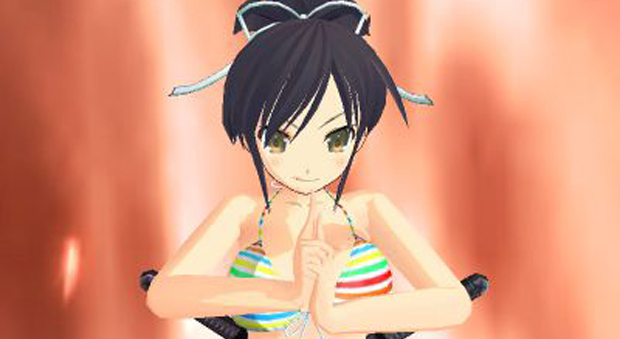 We’ve heard a lot about this Japanese, boob-focused, 2D brawler for the 3DS in the past, but up until now, we haven’t seen much of how the game plays. Its publisher has promoted Senran Kagura with websites, promotional art, energy drinks, and teenage girls doing stuff, but the heart of the game, its combat system, has been more or less a mystery up until this point. That had me worried that the game wasn’t going to be very fun, which would be disappointing considering the game comes to us from the publisher of one of the Wii’s great 2D brawlers, Muramasa: The Demon Blade.

From the looks of it, the game definitely has the over-the-top, ground-to-air combo thing down, which is a nice start. I’d like to know more about the game’s defensive side though, as a brawler needs some give and take when it comes to offense and defense in order to keep from becoming monotonous. I’m sure we’ll get more in-depth information on the game’s battle system eventually. In the meantime, I’m still wondering — why did it take so long for the game’s developers to stop talking about tits and show us some gameplay? Have we really come to a point where surface-level details like story, graphics, and boobs are that much more important to gamers than the way our videogames play?