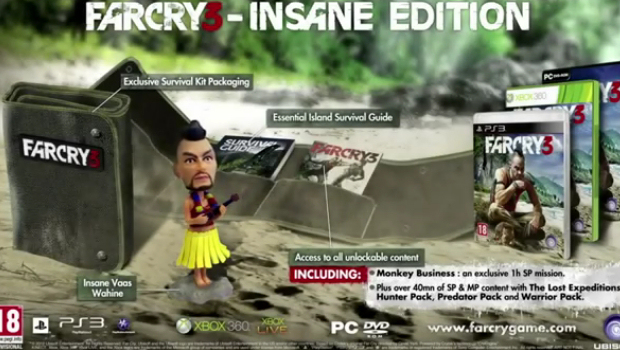 Ubisoft has today announced an obligatory collector’s edition for Far Cry 3. It intends to milk the pre-release popularity of the game’s main antagonist, as the centerpiece of the so-called Insane Edition is a crossdressing bobblehead of Vaas Wahine.

In addition to the figure, the game is packaged in a “survival kit” box that includes a physical “Insanity Guide” book. You’ll also get access to the following in-game content:

Another day, another collector’s edition. Still, the attached trailer promoting it is pretty good. I do enjoy the line between funny and murderously dark that Vaas has going on.