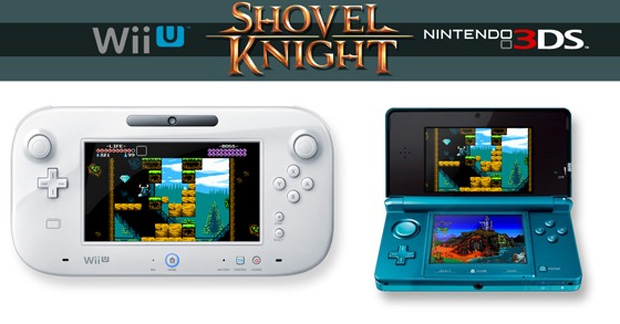 Only a few days ago, Shovel Knight was announced as the first title from Yacht Club Games, which consists of several former WayForward staffers. The retro platformer challenges conventions by equipping the stalwart hero with a shovel instead of a sword, opening up some rather clever gameplay possibilities.

Yacht Club has gone the Kickstarter route to fund this project. As an extra incentive, the team promises that Shovel Knight will also be available on 3DS and Wii U in addition to the currently planned PC build. A donation of $15 will guarantee an eShop code for either version — that’s five bucks more than the $10 PC tag, but that extra dough is required to satisfy the greater expense of console development. But we will be getting hardware-specific features, so that’s a plus.

Go and chip in some cash if you haven’t already. These guys are some of the good ones after all. And there are still 50 spots available for that über-awesome yacht party! Better act fast!

Shovel Knight announced for 3DS and Wii U! CAN YOU DIG IT!? [Kickstarter via Pixelitis]