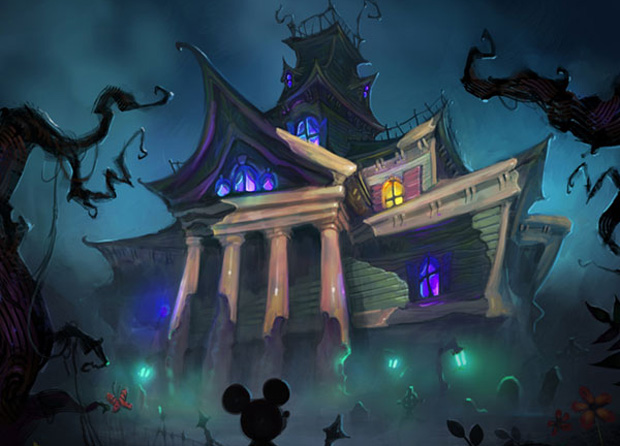 David Houghton is one of my favorite videomgame journalists; he’s got an great analytical eye, and he knows how to express his excitement without coming off as insincere. It figures that he would be the one to make me interested in Epic Mickey.

Honestly, up until now the game was getting on my nerves. Making stuff “dark” just to try to keep up with the tastes of “mature” gamers is one of my big pet-peeves. Worse, making a game based on classic 2D cartoons with low-res, 3D character models is a big no-no in my book. I mean, they could have at least cel-shaded the thing, right? Even relatively low budget Wii games like de Blob look more like a Disney cartoon that Epic Mickey does.

Or at least, that’s what I thought. Combine Houghton’s knowledge-fueled enthusiasm and many new details about the game (the 2D platforming levels, its student game developer origins) and I’m inching back towards the hype train.

Video of the game in action really sealed the deal. So far, Epic Mickey actually looks like a classic Disney cartoon in videogame form, and by “classic” I mean 1940’s era stuff, not the uninspired, sequel-itis crap the company’s been putting out lately.

So am I alone on this, or do you too have some hope for Epic Mickey?

Filed under... #A Winner Is You!#Disney#Hype