Summer is approaching and with summer comes the next EuroNARP! Once again, we’ve planned an insane three day event for all you European Dtoid members! This year the event is made even more special because of three reasons.

Our heaven-like location, Teh Lair, was opened in August 2005 after a few weeks of making it worthy of living in (mistic lived there for more then a year.) We had our opening LANparty and it was brilliant. In the past years, Teh Lair has grown a lot. We spent a whole weekend there to paint the left over rooms a few weeks ago just to prepare it for the upcoming madness!

The Dtoid Community is huge and spread all over the world. Luckily we live in a day and age where the world is shrunk to a tiny little globe by the wonder of light-beams being sent across the planet blindingly fast and in a generation of consoles that knows how to take advantage of this. So while we’re having our EuroNARP, all over the world NARPs will be held by the other DtoidCityGroups and via the wonder of stickcams, chatboxes, Xbox Live and PSN, we’ll find out for once and for all which group can “pwn” the rest!

Come join us an represent our European Community in destroying the rest of the world from the comforts of Teh Lair, surrounded by a great bunch of people, massive amounts of beer and videogames!

Hit up your Dtoid City Groups and join them in their event so you can represent your group!

The end result will be a single HUUUUUUUUUUUUUUUGE worldwide NARP where the fiercest battles will be fought in the best possible community. 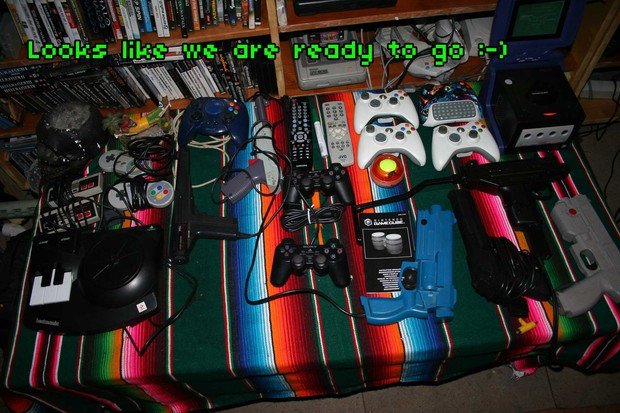 So mark these dates and times in your calendar and start preparing for the pure awesomeness!