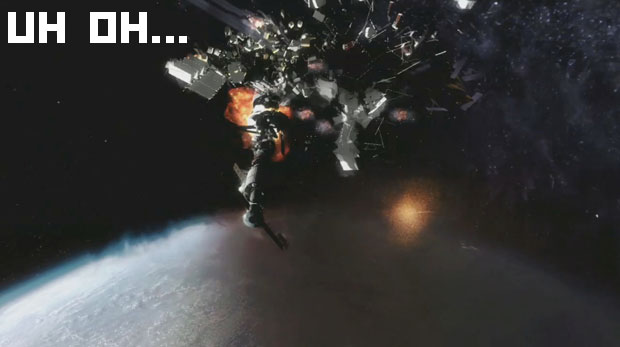 With Infinity Ward dropping Call of Duty: Modern Warfare 2 in stores next week, we’re winding down the marketing hype machine, presumably wrapping things up with this final “launch” trailer that premiered this evening on Spike TV and Comedy Central.

As expected, there’s a lot going on here — guns firing, things exploding, dudes yelling at each other. Unexpected is the trailer’s soundtrack, Eminem’s “Till I Collapse.” Does it work? I don’t know, I’ll let you be the judge.

I’ll also ask you to note that around 56 seconds into the trailer, something is happening… in space. Enjoy the trailer after the jump. (Warning: It could be considered spoilerific.)