The Spider-Man videogames have been a roller coaster of real fun highs and “Why did I just waste $60 on this?” lows. Thankfully, The Amazing Spider-Man is somewhere in the “real fun highs” category, at least based on what I played recently.

Really, my biggest concern has been the Web Rush feature, an ability that makes moving about the world an absolute breeze. We got to see this earlier in the year, but it was a hands-off demo and the feature looked somewhat complicated.

In reality, it’s really fun and easy to use. It’s also a feature that will make your head spin and feel a slight sense of vertigo. 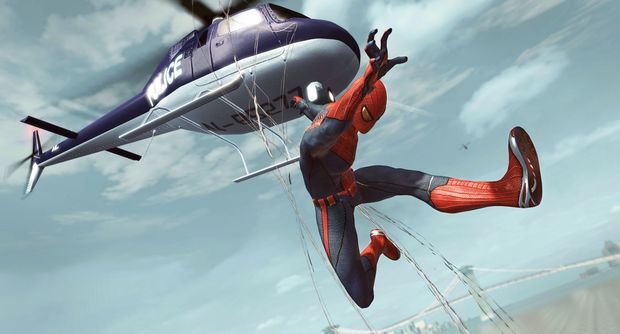 By pressing the Web Rush button, Spider-Man will move toward whatever your reticule is pointed at. He’ll swing, run, crawl, and do everything it takes to get to the destination you selected all on his own. It’s important to note that you’re not locked into the path you just made, and you can either press the Web Rush button again to move somewhere else or just take control of things yourself by moving the analog stick.

Additionally, holding down the Web Rush button will slow all the action down to a crawl, allowing you to carefully plan a route by either highlighting a pre-selected option (indicated by a yellow Spider-Man silhouette) or just looking and pointing at an area yourself.

Beyond the Web Rush stuff, merely swinging around the beautifully recreated New York City is just so much fun. The camera stays tightly on Spider-Man, in a cinematic-like fashion which makes web slinging that just more enjoyable. The camera can get jarring at times, and those of you who can easily get dizzy will want to take some breaks while playing. 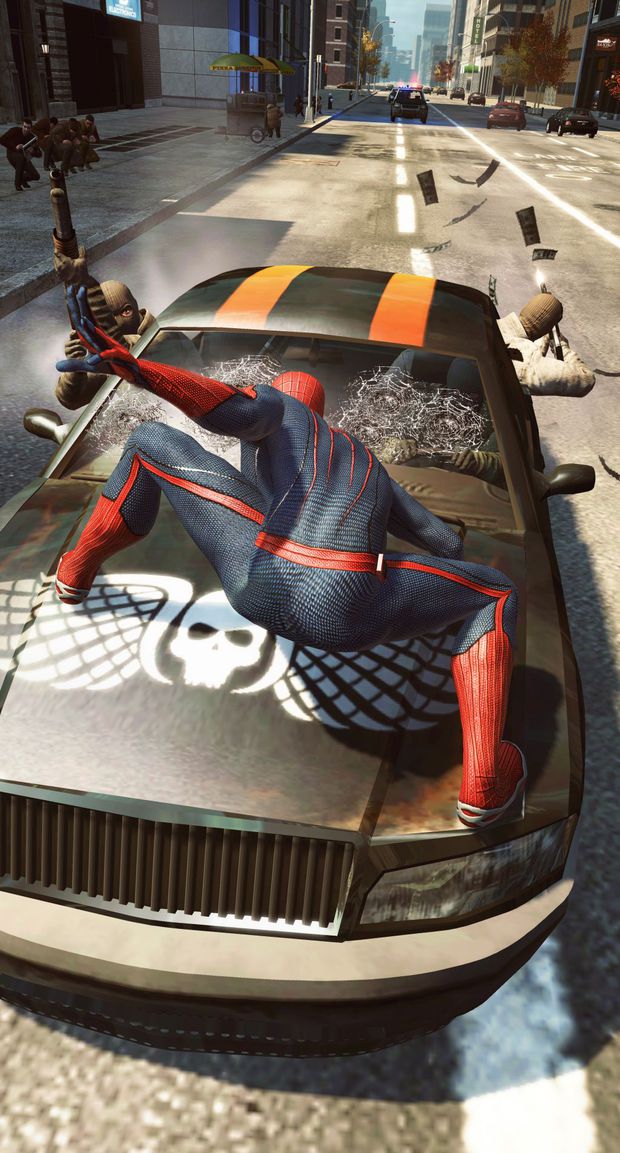 Combat-wise, the action is very fast paced. Spider-Man makes use of Lucha libre type attacks that are performed with ease. Plus he can stun enemies with his webbing attack, which you’ll be happy to know won’t be tied to any sort of web cartridge-based limitations.

I took on a few missions during my demo time, the main mission being the Rhino fight. You can’t hurt the Rhino directly, instead you have to get him to charge at you and jump at the last possible second so he slams into a heavily armored SWAT truck, thus getting stuck and allowing you to wail on him for a bit.

You have to do this a few times, with the last attack on Rhino sending him flying up into the air. A fun fight, but it sucked that the battle was limited within a small enclosure. I would have enjoyed the fight more had it been out in the open-world setting. I hope this was not an indication of how the other main boss fights will play out. 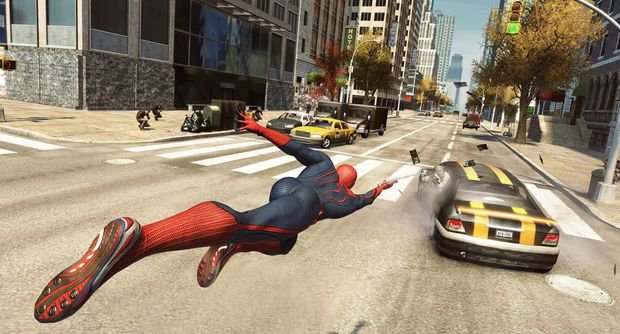 On that note, however, the last thing I did was fight against a robot drone that was flying through the city. The robot is unleashing all sorts of attacks toward Spider-Man as the player gives chase. You need to jump on its back when near enough in order to knock it out of commission. The battle is pretty chaotic, to the point where it was hard to keep track of the drone’s location at times. This is the sort of battle I’m hoping we see throughout the game.

All in all, I’m really looking forward to The Amazing Spider-Man. The game picks up just after the events of The Amazing Spider-Man movie, and you can be sure to expect plenty of classic villains, and a lot of side missions, too. You’ll even be able to find and collect a variety of Spider-Man comics, all of which will be readable in the game.

Developer Beenox is taking the series back to the direction they should have never veered off course from to begin with. While it’s hard to state for certain this early if they’ll match what Rocksteady did with the Batman series for comic videogames, I can at least say they’re putting the Spider-Man franchise back on the right path again.

Plus, you can play as freaking as Stan Lee. How cool is that?!