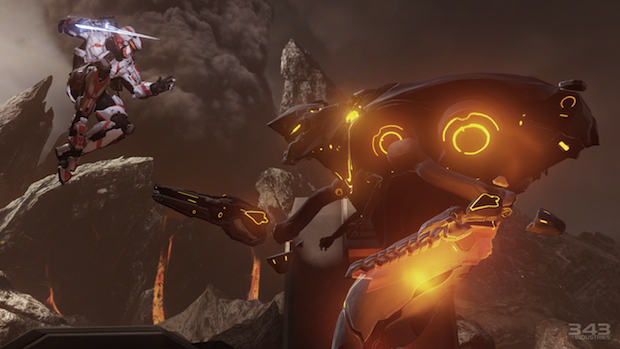 Halo 4’s new multiplayer wasn’t the only thing 343 Industries had to show off this past week at E3, as they also let us go hands-on with Spartan Ops. This mode delivers new content that continues the story after the events of the main storyline are over.

Here, you and up to three others will playing as Spartan-IVs taking on a variety of objective based missions presented in episodic packages. Each week, there will be a new cinematic movie released that furthers the story and offers five new missions to take on. The best part? Spartan Ops content is 100% free.

The first mission of the Spartan Ops mode sees the Spartan-IVs heading to the Forerunner planet, Requiem, to stop the Covenant from retrieving some sort of artifact. As the mission progresses, you come to discover that the Covenant are somehow working together with the Prometheans, a technologically advanced alien race left behind by the Forerunners to guard the planet. There’s more to the race than being simple bodyguards, but that mystery will be explained in the main campaign.

Three of the Promethean types get shown off in this level. The first ones we came across were the Crawlers, dog-like robots that act as cannon fodder. Next were the Watchers, a quadrocopter-like enemy that stuck to the air and usually kept a safe distance from the player. Lastly, there were the Knights, and these guys made the Elites look like a joke. Equipped with a gun, sword and the ability to teleport at will, these guys were a good challenge to take on even on Normal difficulty. 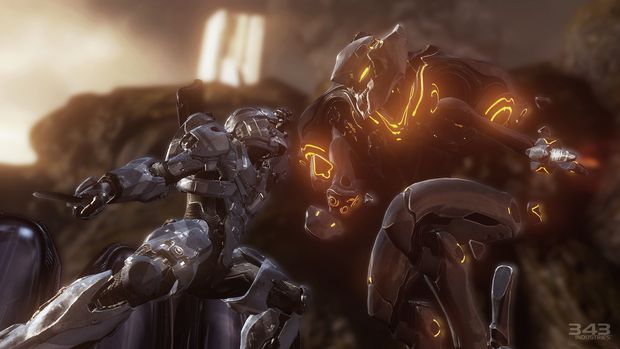 We also got to see a couple of new guns, one that acts like an assault rifle and another that resembles a shotgun. Cool fact, you remember when Guilty Spark remarked that you needed a certain class of weapon to take on the Flood in Halo: Combat Evolved? Well the weapons the Prometheans use are those guns, according to Franchise Development Director Frankie O’Connor.

Overall the mission took around 15 minutes to complete, with the Spartan-IVs successfully retrieving the Artifact. I love that 343 is offering so much more story content to players, and all for free, too. Plus, all the experience you earn in Spartan Ops and the competitive multiplayer is shared, so either mode will see you advancing your Spartan career.

Assuming each of the five levels are roughly the same size and length, then that’s over an hour’s worth of content each week. Not bad at all.