The heavy-hitter conferences start on June 12

E3 is kinda-sorta here. As-in, whatever E3 looks like these days is ready to command the entire month of June. Are you ready? None of us are! I’m sure another conference has been announced by the time I finish this very sentence. Hopefully Bandai Namco will give us another conference comprised entirely of games they already announced to cleanse our palate.

As a recap, Sony is out again. It’s kind of their thing! They’ll do whatever they deem fit and leave E3 week to everyone else. Thankfully, Microsoft and Bethesda are condensed this year (remember that?!) into one giant event. Nintendo is game to completely control the tail-end of E3 with a June 15 outing (smart).

It seems like Ubisoft is basically out of the live conference game again, instead opting to continue their Direct-like “Forward” format. Square Enix also has something planned this month.

So without further ado, here’s the schedule. We’ll update as new conferences arise, but we’re going to be leaving off some of the smaller ones; like streams that deal with a single game.

You can also find a full official infographic below, with ancillary conference times: 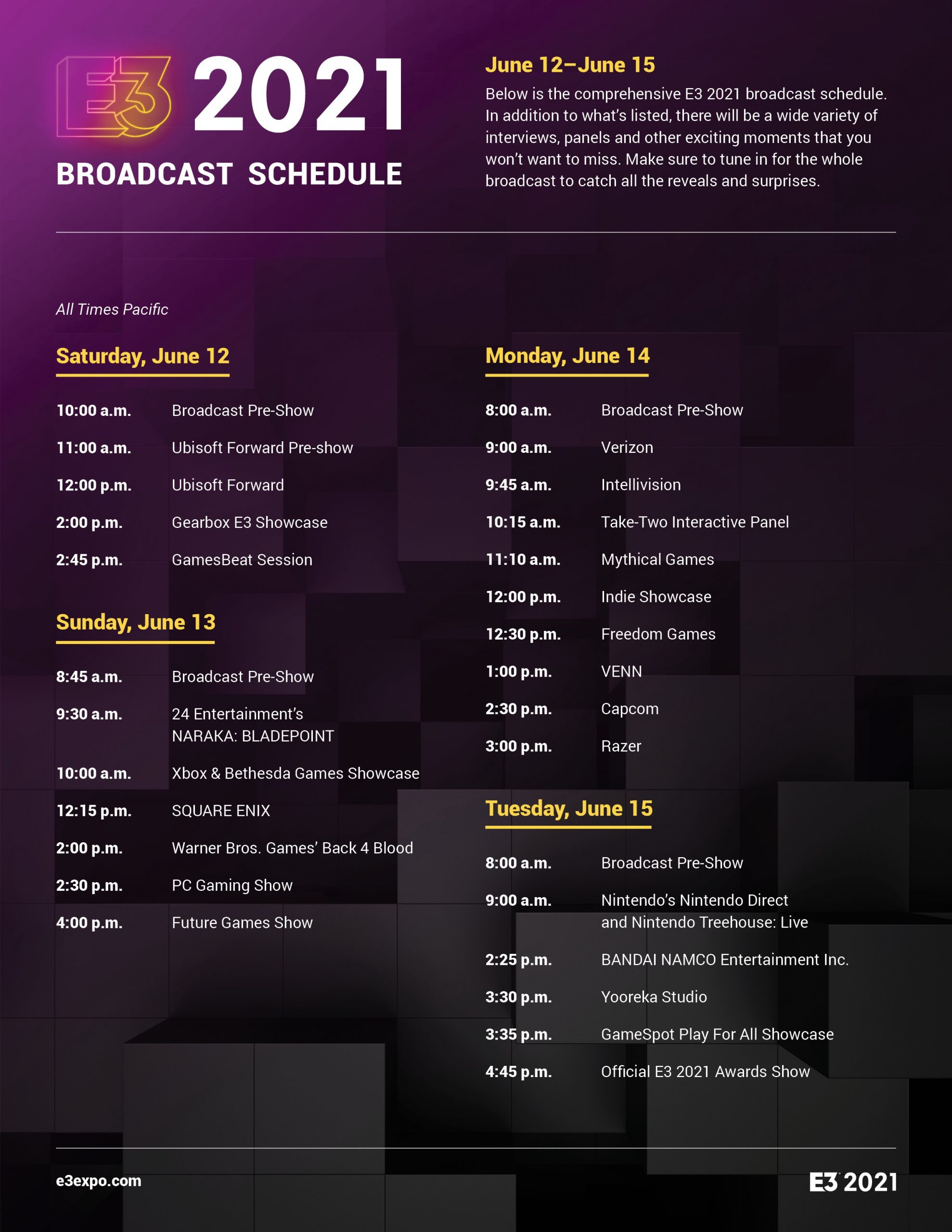