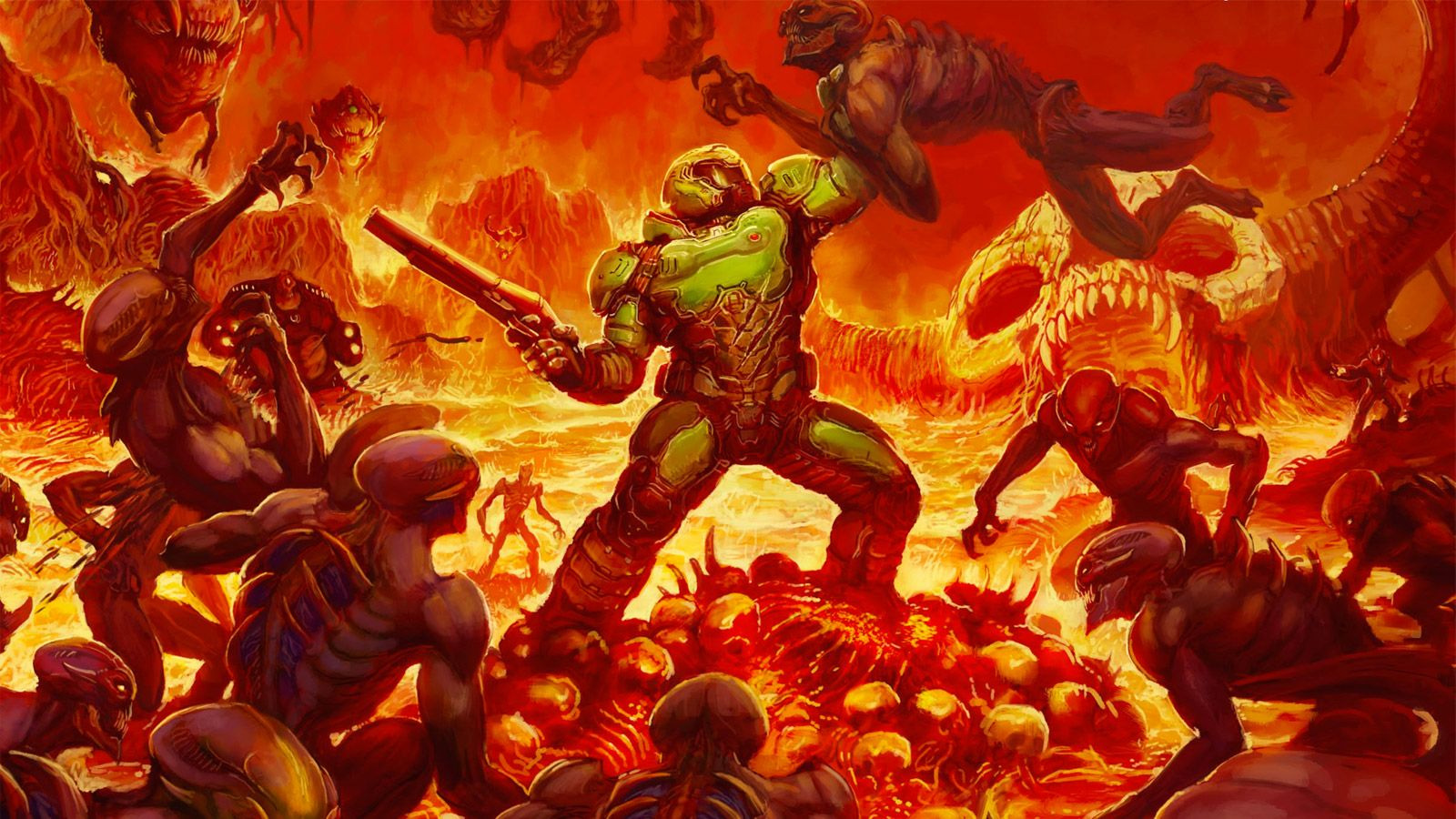 Play for high scores with all of the gear unlocked

I played Doom once and adored it. Then I went straight back in to mop up the collectibles, and continued having a good time. Next it was on to the multiplayer, which didn’t do much for me, and I’ve since been meaning to play the campaign a third time. I’ve found my excuse: the new Arcade mode.

It’s out today as part of a free update on all platforms. Here’s the gist of the score-based mode, which pretty much sells itself: “Play every level with all guns, Runes, and equipment upgrades fully unlocked. Customize your Doom Marine’s gear, guns, and Praetor suit before each run to see what combinations will give you an edge. Compete against friends and players worldwide for the highest score by attacking demons quickly, avoiding their attacks and grabbing multipliers along the way.”

You’ll find the full patch notes below listing out the other additions, including the much-needed free-for-all mode Bloodrush and a Prowler vs. Marine mode called Possession. Level creators will also be able to screw around with old-school Doom modules in the SnapMap editor.