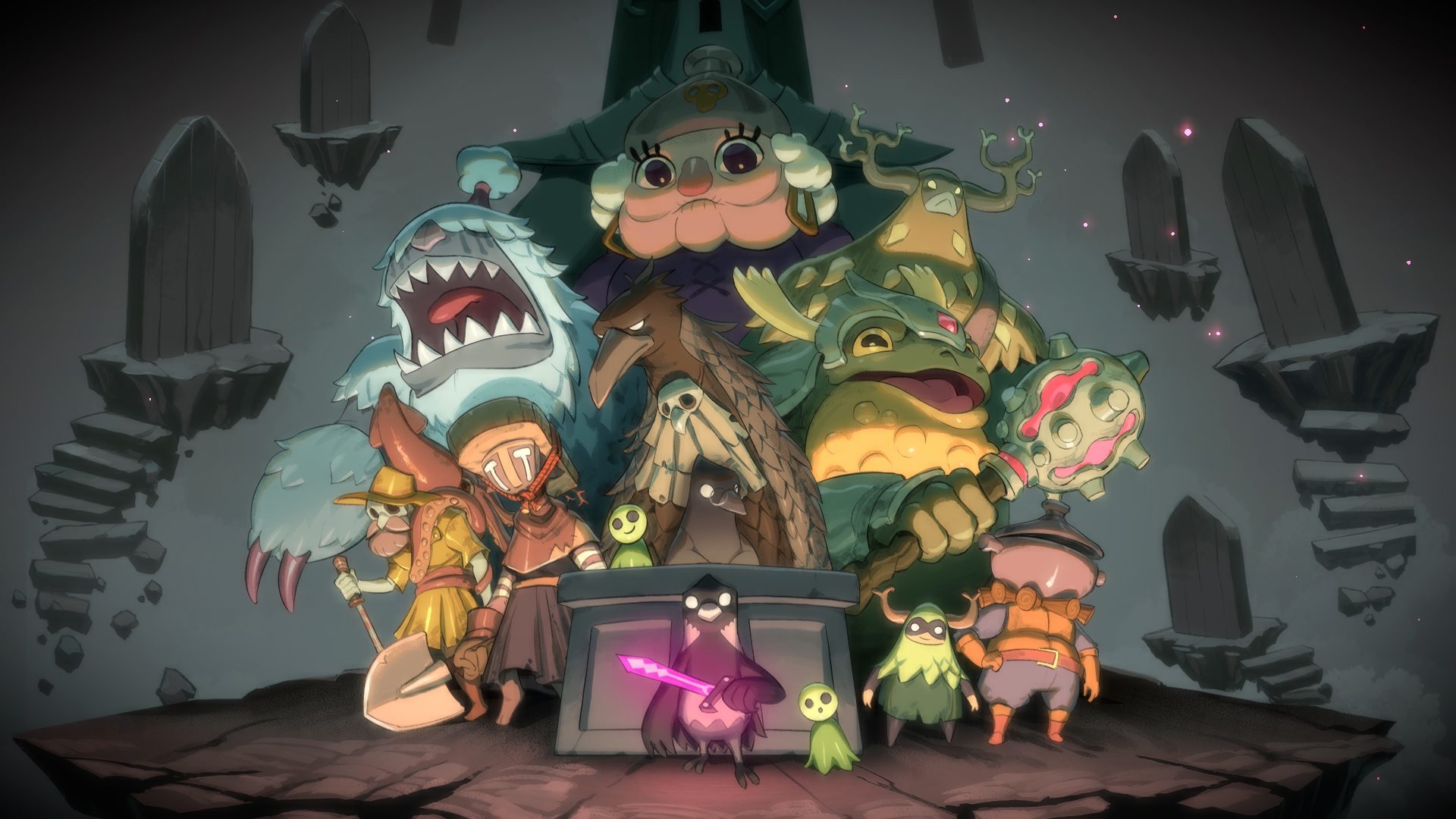 We’ve all had tough days at the office. You’re tired, you show up late, you get your daily assignment, you get to work, nothing goes to plan, and now you’ve lost your immortality and the souls you were expected to reap have vanished unto a plane where mortality has no meaning.

We’ve all been there.

But, for one young crow, this particular manic Monday could spell an end to the afterlife as we know it. It wasn’t entirely our feathered friend’s fault, mind, but when does your boss ever want to hear any of your excuses? All that matters now is that our hero gets back on the case, recovers the missing soul, and turns in the assignment, pronto.

It is, quite literally, a matter of life and death.

Death’s Door is a morbidly curious new adventure from British developer Acid Nerve, a Manchester-based studio comprised of writer & coder Mark Foster, and composer and designer David Fenn. With a mere handful of titles to its name, Death’s Door is poised to be the duo’s most ambitious release to date, handled by that curator of the strange and sublime: Devolver Digital. I took a look at Death’s Door to offer my impressions.

Death’s Door is the tale of a fledgling crow who works as a “reaper”, gathering souls from the dead and helping those who have reached their final destination on their merry way. Unfortunately, what begins as a relatively straightforward assignment evolves into a realm-changing affair, following the actions of a surprise interloper. Sans soul, our hero cannot return to their deadly 9-to-5 duties until they complete the interrupted task-at-wing, embarking on a quest that will take them to a realm in which death has no meaning, populated by those who have long pushed past their expiry date. 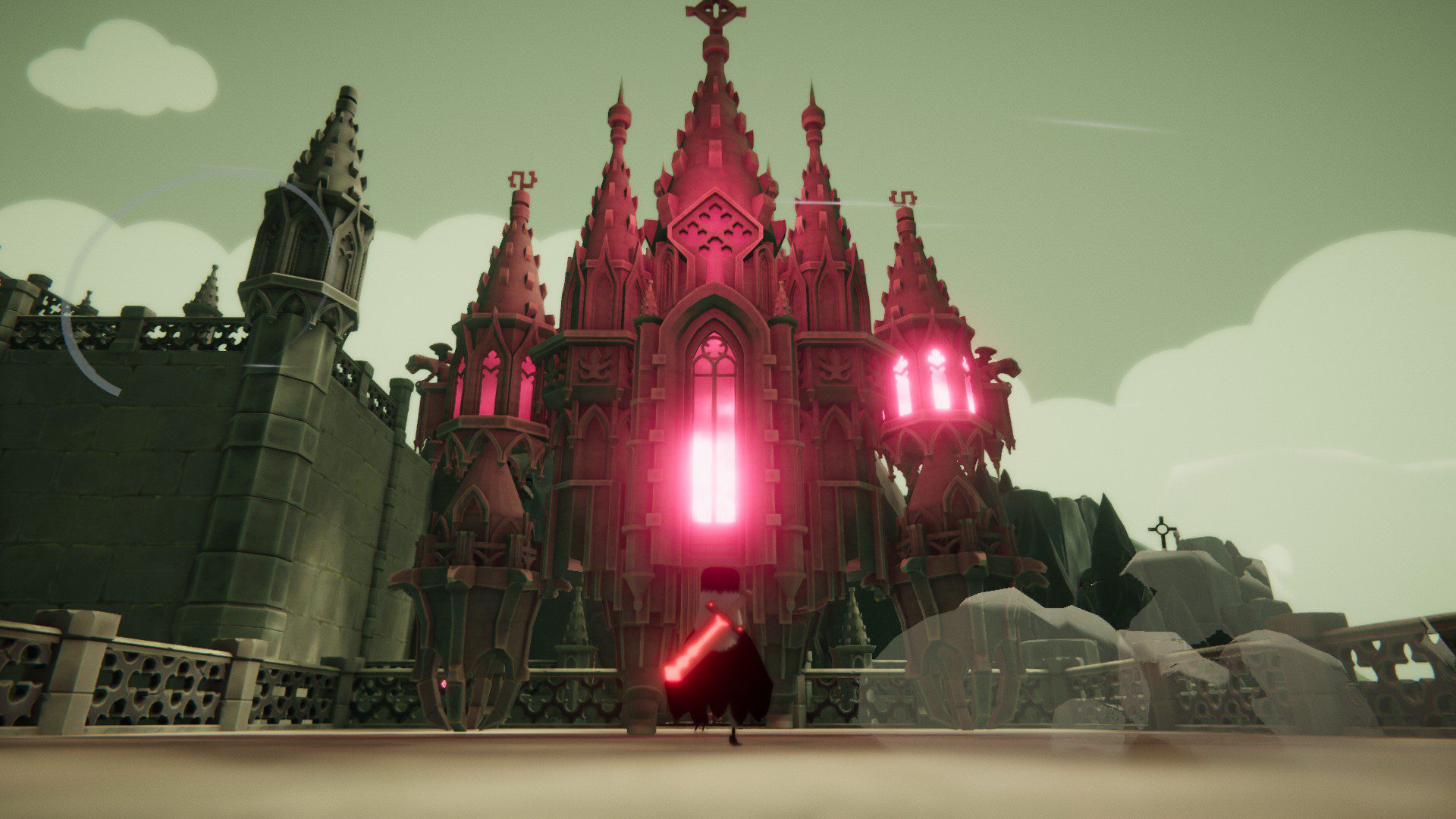 An isometric adventure that blends dungeon crawling, puzzle solving, and epic boss battles, Death’s Door sees players guide the young crow through a variety of unnerving-yet-charming fantasy realms, fending off waves of fantastical creatures and exploring surreal, dream-like environments. Outnumbered and outsized, our friend is armed with a Reaper’s Blade for close-quarters combat, and a bow & arrow for long-distance affairs, utilizing both to tackle the monstrosities that stand between them and their desire to clock out for the day.

Death’s Door takes incredible pride in its delightfully morbid aesthetic. It’s a gorgeous, stylish game, beautiful in its simplicity, with an atmosphere and aesthetic that combines the murk of its themes with the whimsy of a fairy tale… a Grimm fairy tale at that. With its mysterious floating worlds, ceramic-headed inhabitants, weird creatures, sentient objects, and otherworldly effects, Death’s Door captures an atmosphere that is at once whimsical and creepy — an attractive world permanently adorned in the shroud of death, and soundtracked with a suitably subdued score of gloomy and evocative themes. From the few hours I previewed, Death’s Door presented its gameplay at a deliberate but satisfactory pace. The adventure seems relatively “quiet”, but has no qualm in bombarding our protagonist with squads of enemies, forcing the adoption of new skills in the thick of the fight. Exploration is also rewarded, with bonus souls and other pickups hidden often in deceptively plain sight. These bonuses can be exchanged back at the office for a variety of boosts, increasing the reaper’s speed, damage, health, and other statistics.

This journey into the unknown is peppered with epic boss fights, which see the young reaper face-off against huge enemies determined to stave off the grave inevitability that has eluded them for so many years. Death’s Door has not presented too much of a challenge so far, but the action has been engaging. With a little practice, deft combinations of sword-swipes, combat rolls, and perfectly placed arrows make for highly satisfying battles. Aside from the lush audio/visuals, much of Death’s Door‘s appeal lies in its dark themes, odd characters, and quirky narrative, which is itself laced with delightfully dry humor, despite its macabre overtones. But I should leave it there, to say more would be to spoil Death’s Door‘s identity. 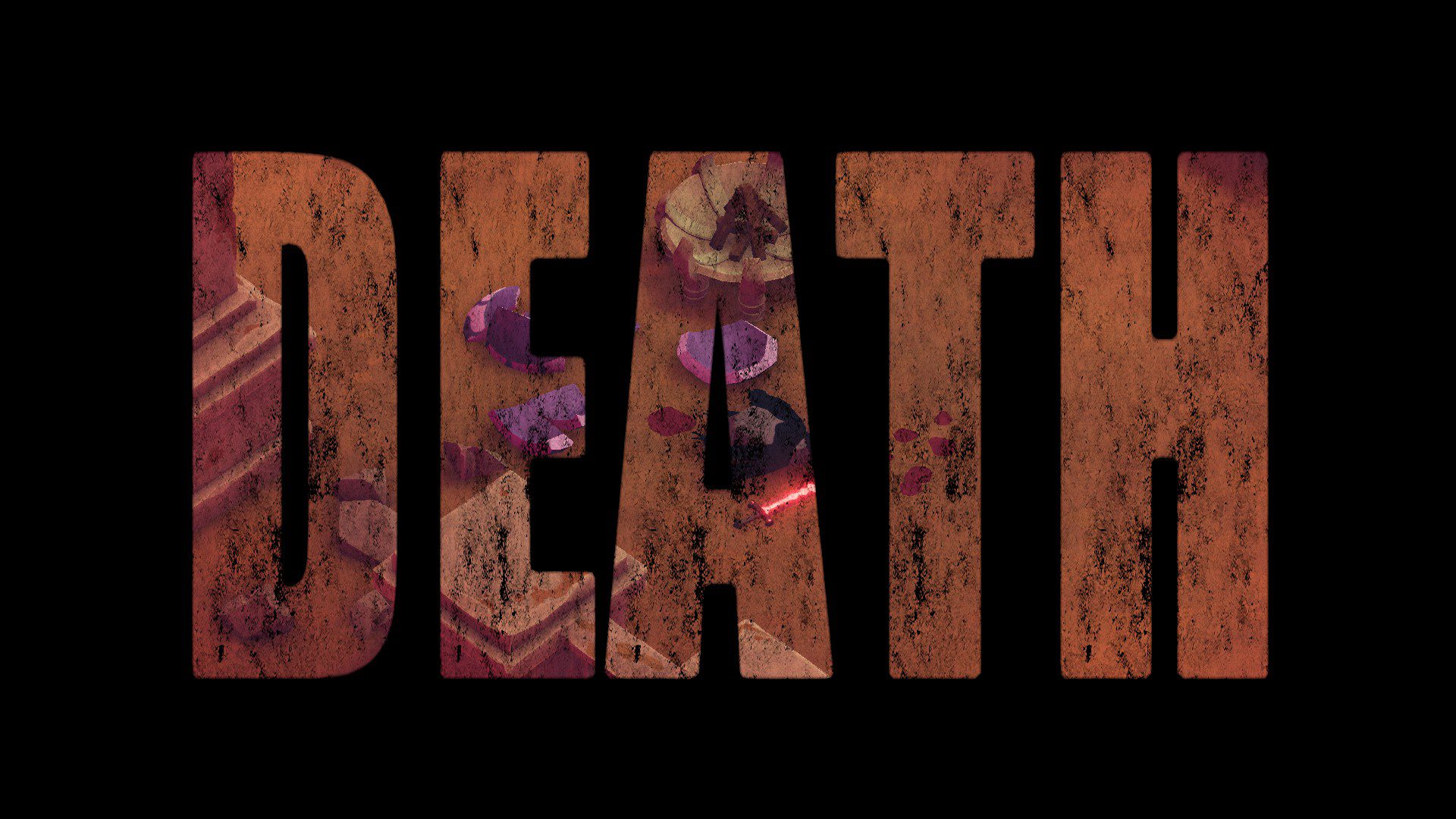 I’m not a fan of exclaiming “if you like X then you should play Z”, but I’d strongly recommend that anyone who fell in love with the bleakly cute Hollow Knight and its Hallownest underworld adds Death’s Door to their wishlist, stat. The two titles may be different from a gameplay perspective, but absolutely feel like they belong within the same social strata.

I feel that Death’s Door will offer anyone willing to take a trip on the strange side an attractive, intriguing, and engaging adventure, laced with black humor and populated with a cast of amusing characters. There’s a frog on a pogo stick. Oh, and one guy has soup for a head… Soup For A Head. Devolver has a string of great-looking releases on the horizon, but keep an eye out for Death’s Door come July 20.

I expect it to become one of this summer’s indie darlings… in this life and the next.